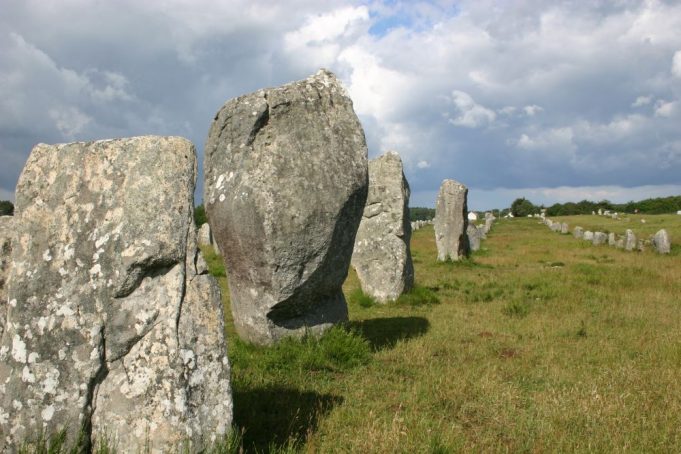 The French commune of Carnac lies in the Morbihan department on the south coast of Brittany. The area looks like the sort of place where Asterix and Obelix might have lived. All around are menhirs, alignments (rows of stones), cromlechs and other prehistoric monuments. What particularly stand out are the long rows of menhirs, sometimes thousands of stones. If you are interested in hunebeds and similar monuments then this a place you certainly should visit at least once in your life.

Travelling around in the area you soon realise that, in addition to Carnac, there are many other prehistoric monuments which are also worth visiting. This is the first of two articles about Brittany and its monuments, and describes the long rows of megaliths which can be found close to Carnac.

The whole area around Carnac can be divided into three main complexes of stones which are linked to each other. In total there are about 2600 stones, spread over a distance of about 8 kilometres. It is estimated that there were once about 11.000 stones. It is astounding to imagine what it must once have looked like when there were four times as many stones as there are now. It used to be possible to walk between the stones but unfortunately that is no longer allowed and they are now fenced in. Nevertheless it is still an impressive sight.

Not much is known about the people who placed these menhirs or why they did it. It is thought that they were erected over a number of generations during the neolithicum, between 4500 BC and 2000 BC. Precise dating is impossible because very little dateable material has been found. What we do know, from the few finds which can be dated, is that the most important phase was around 3300 BC. There are various theories about why the stones were placed here, ranging from ancestor worship to some kind of astronomical function.

More information about the people who built the monuments can be found in the museum in Carnac and in the information centre next to the Menec complex.

This first complex consists of 11 rows (or alignments) of menhirs, comprising more than 1000 stones.

The Menec complex begins (at the left of the map) with a so-called cromlech, a sort of circle made of large stones. The circle consists of 62 stones. At a later date houses were built near the circle, and this now creates a strange effect as the circle sometimes runs through the gardens. 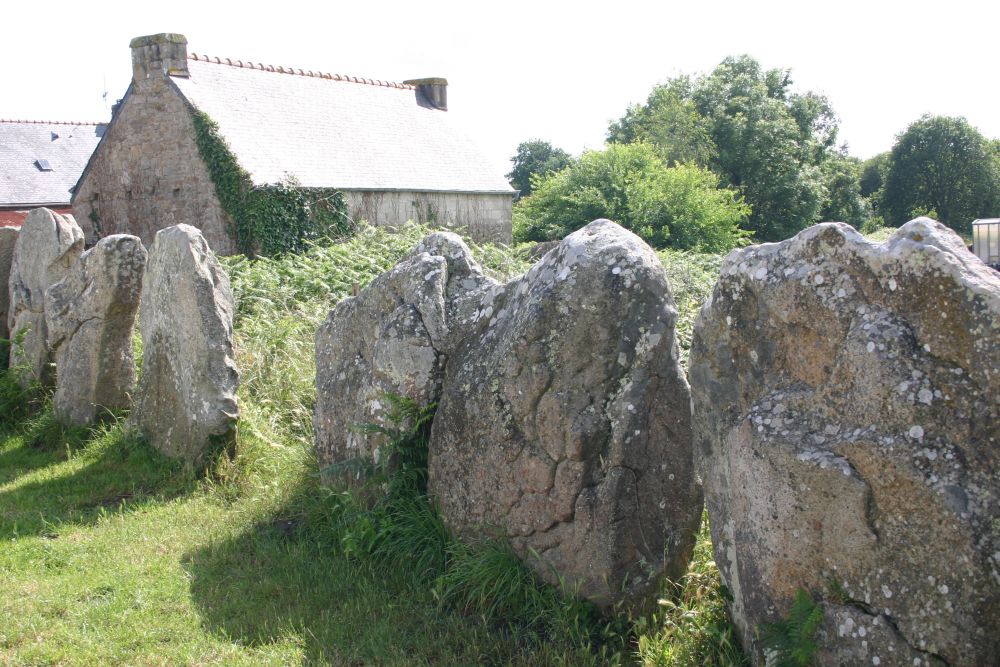 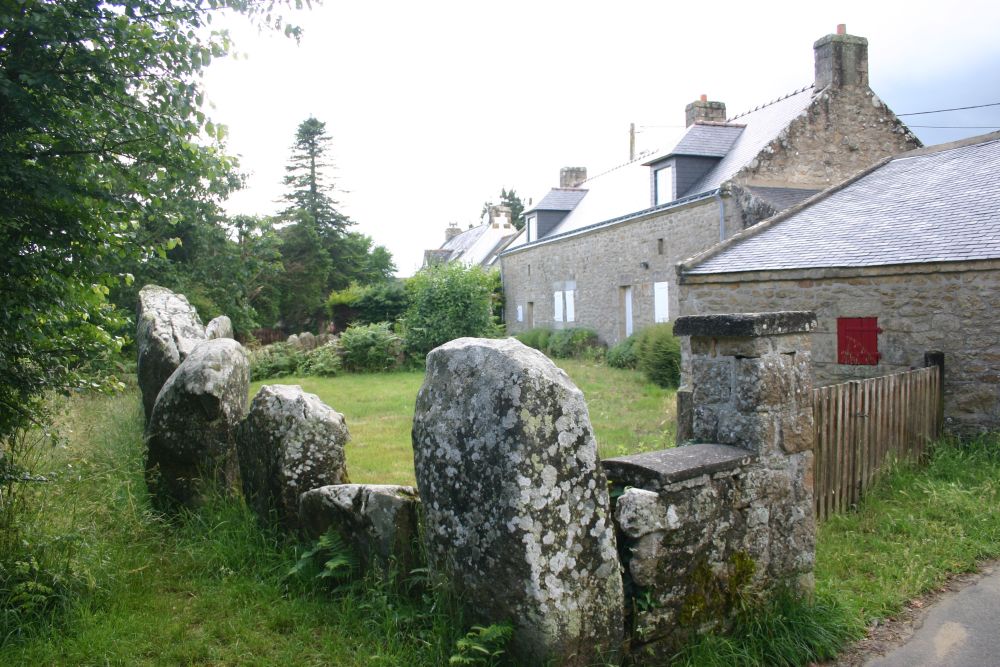 From this cromlech 12 rows of menhirs radiate outwards. The largest stones stand close to the cromlech, then gradually become smaller. 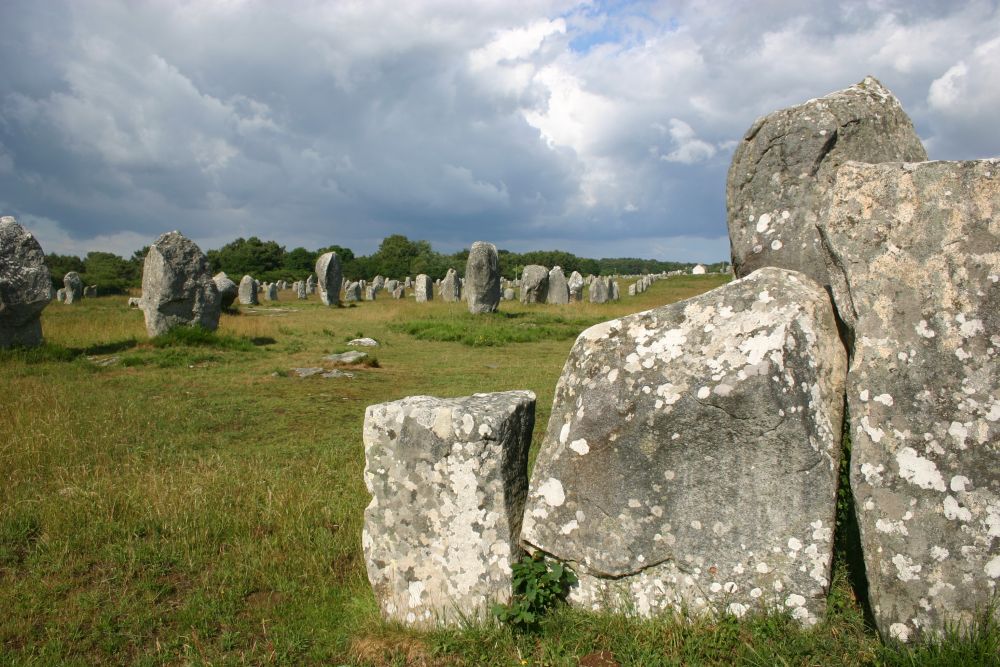 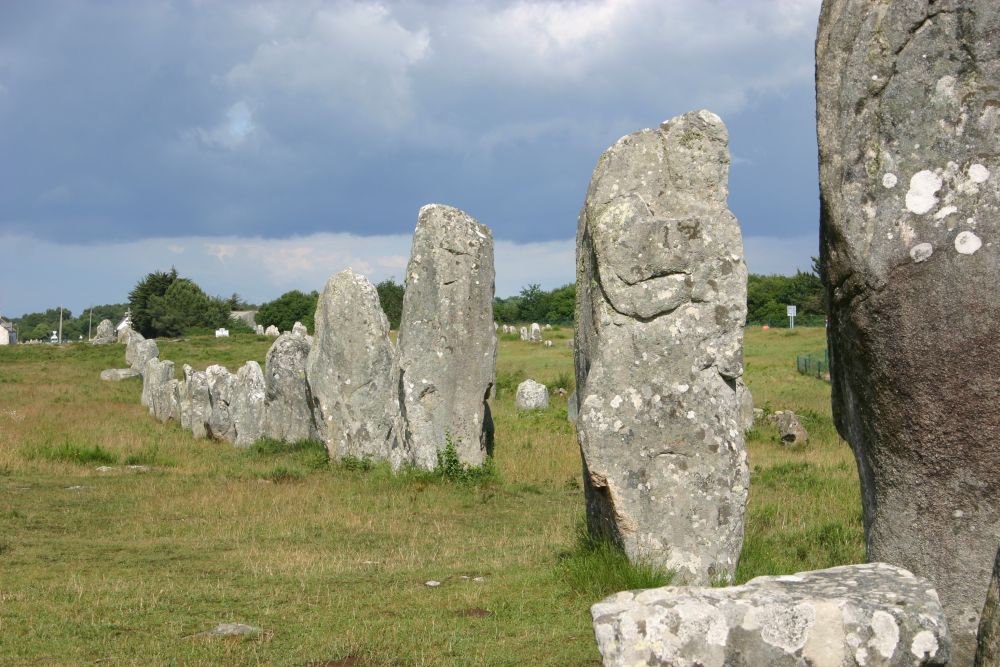 The second complex is called Kermario. Most of the stones here are larger than at Menec. In total they cover a distance of 1.2 kilometres. 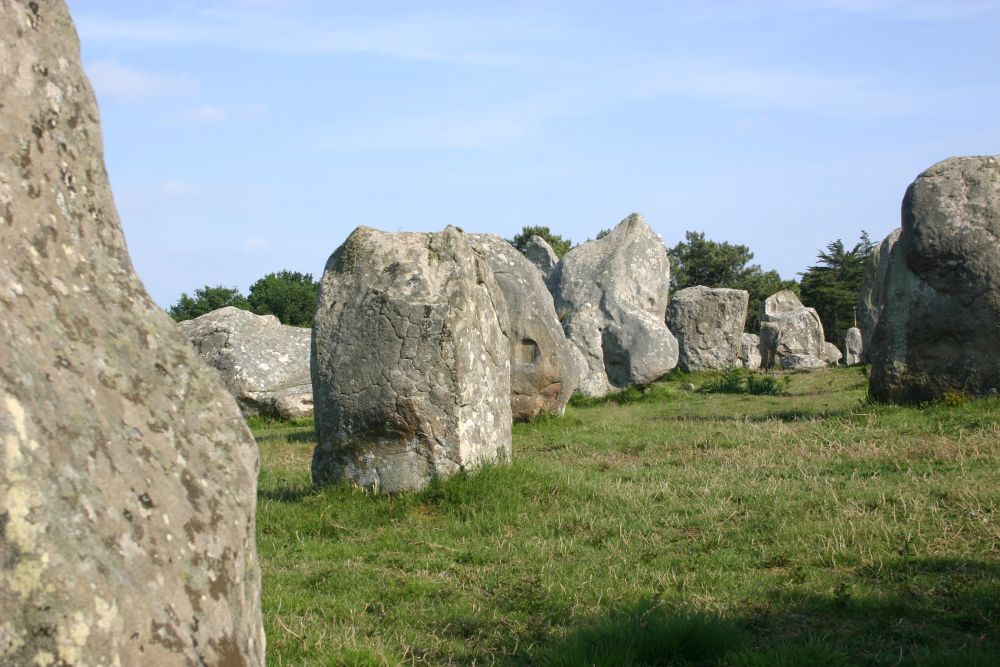 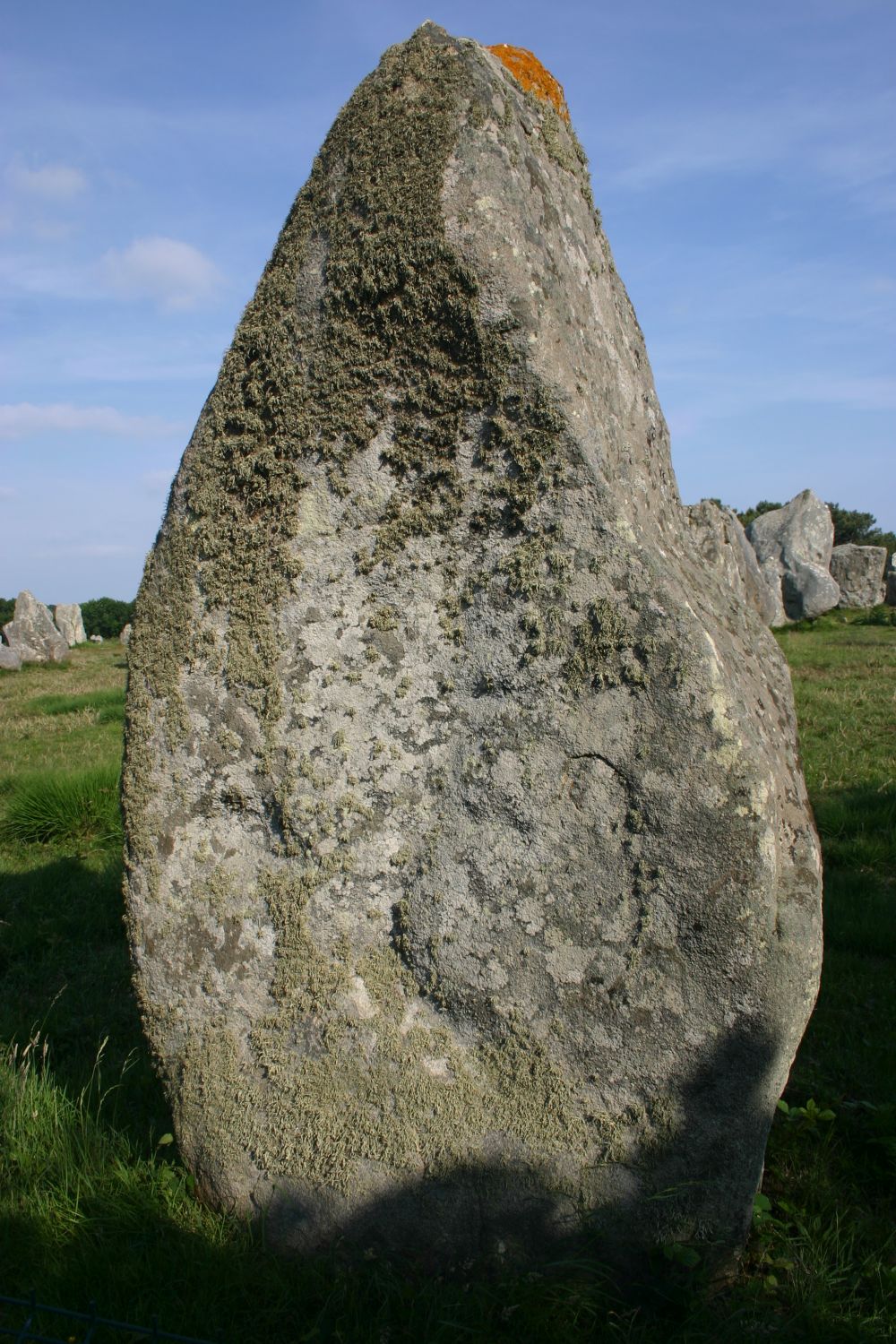 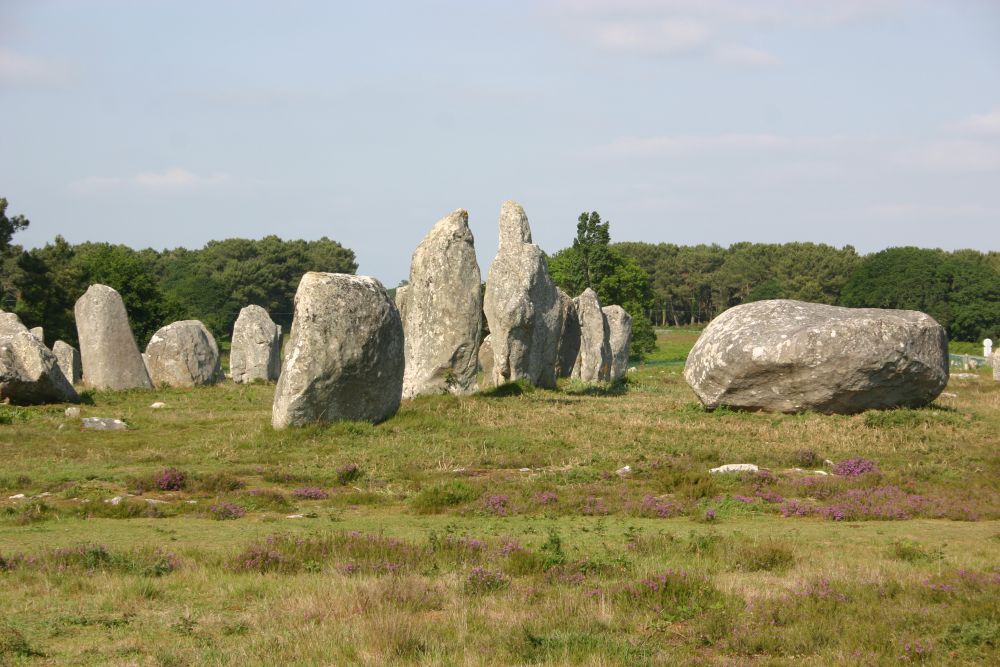 The third complex is known as Kerlescan, comprising 13 parallel avenues with 540 menhirs. 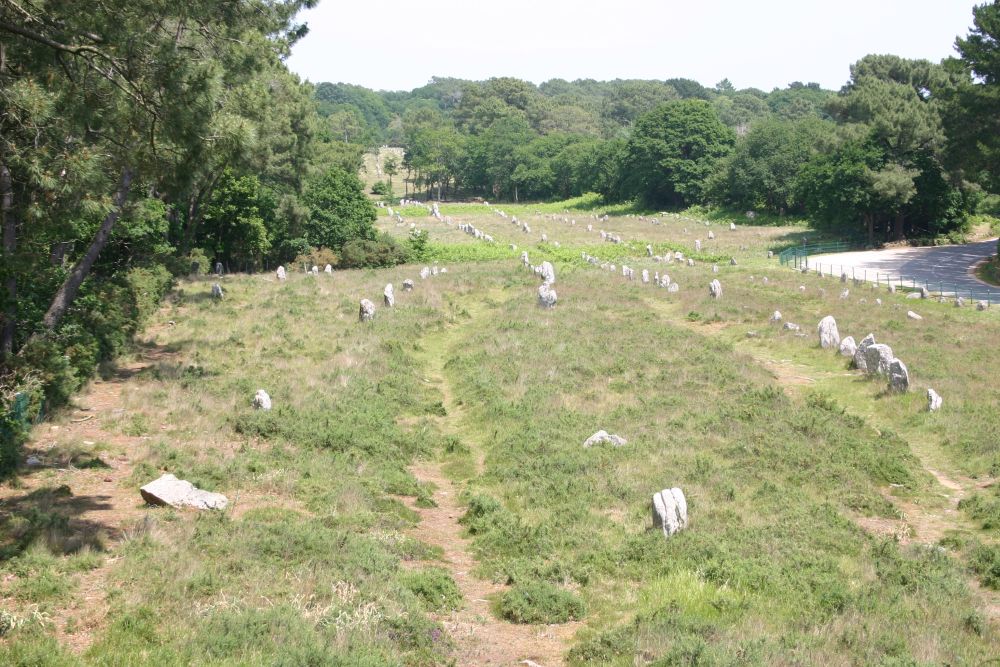 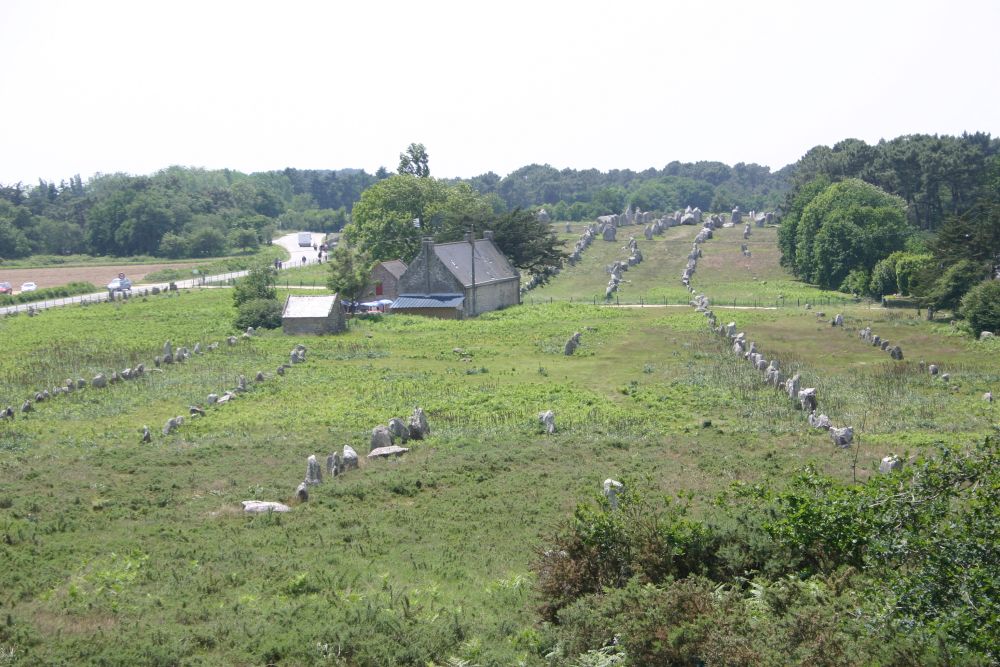 In the immediate vicinity are many other monuments which can easily be visited. One monument which you certainly should not miss is the tumulus of St. Michel. This burial mound is more than 4000 years old and lies close to Carnac. It measures at its base 125 by 60 metres and is 12 metres high. There is now a small church on top. From here there is a fine view over the surrounding area. 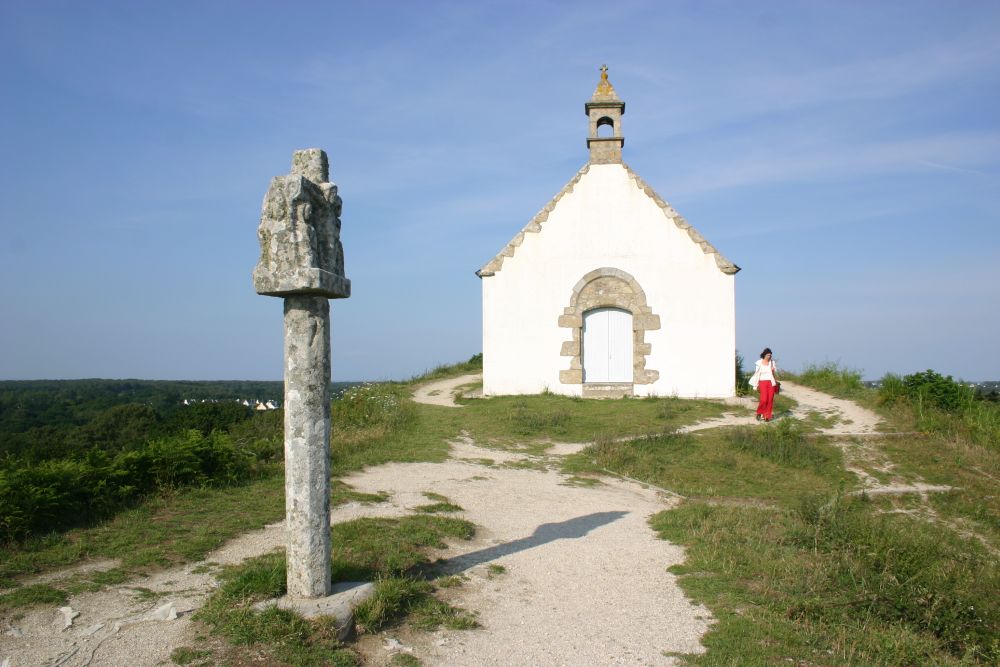 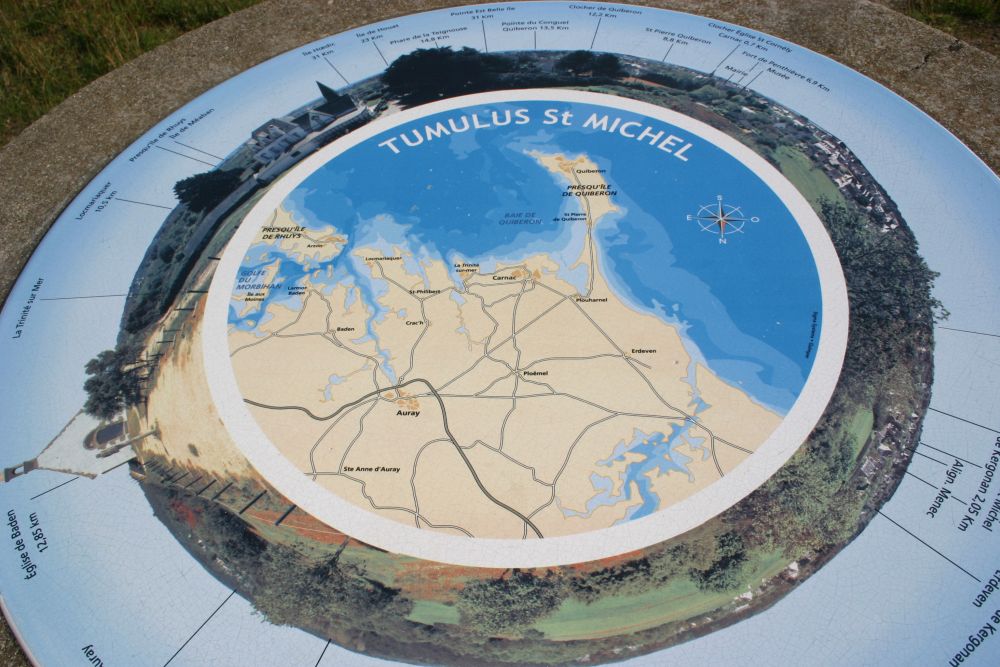 A second article will describe some of the other prehistoric monuments in the departement of Morbihan in Brittany.