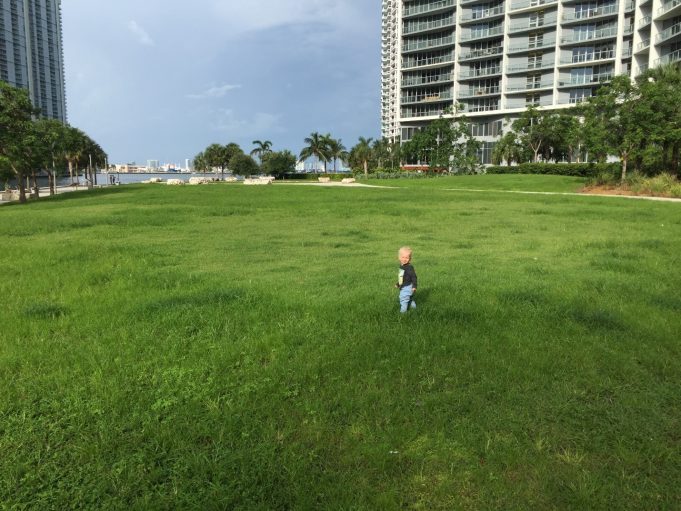 The American state of Florida is famous for places like Tallahassee, Jacksonville, Miami, Orlando, Daytona Beach and Tampa. One unusual feature are the Florida Keys, a long string of islands stretching to the south of Miami, including Key West. Another special place is the Everglades natural park, with its amazing animals like the alligator. But are there also any traces of prehistory to be found here?

Until Florida was ‘discovered’ in 1513 there were only Indian tribes living here. As there were no written sources, you could describe the period up to 1513 as prehistory. It was only then that the first European colonists settled in the area. Prehistory ended with the arrival of the Europeans. Until the middle of the 18th century Florida was in the hands of the Spaniards, then it was held by the British. At the end of the 18th century Florida again fell into Spanish hands until in the 19th century it became part of the United States.

The early Indians left few traces behind, but nevertheless some of those traces are fascinating. For instance, in the middle of Miami stands the Miami Circle, a sort of Stonehenge. This monument was built by the Tequesta, an Indian tribe from the east of Florida. This tribe inhabited Florida from the third century BC right up to the middle of the 18th century when the British arrived on the scene. The new types of sickness which they brought with them – together with slavery – almost wiped out the Tequesta. What remained of the tribe emigrated to Cuba together with their Spanish allies in the middle of the 18th century. The Tequesta lived primarily as nomads, fishing and hunting (including alligators in the Everglades) and gathered tropical fruit.

The Miami Circle is a circle measuring about 11 metres with more than 600 soil traces grondsporen. There are 24 holes in the limestone (the bedrock). The monument was discovered in 1998 and is some 2000 years old. In the area around the monument prehistoric artefacts, animal bones, charcoal and shells have been found. The archaeological finds can be viewed in the HistoryMiami museum. Researchers think the holes were postholes for some kind of structure, probably a conical building with a hole in the top. Almost certainly it was a structure built for ceremonies and rituals.

After the departure of the native inhabitants new peoples arrived, including fishermen from Cuba. The ancestors of the Miccosukkee and Seminole tribes sought a place of refuge in the region which is now called Florida. They fled from the attempts by the government to wipe them out or to move them onto a reservation. These tribes – the Miccosukkee and the Seminoles – still live in the Everglades region today. As more and more people settled in Florida this created many problems with the Indians, leading to the Seminole Wars in the 19th century.

You can find out more about the Seminoles and their life by visiting the Ah-Tah-Thi-Ki Museum (http://www.ahtahthiki.com/). It is remarkable how many links can be seen with prehistory in our own part of the world. The Indian tribes appear to have had a great understanding of the region in which they lived and made optimal use of nature. They tanned leather, knew about fermentating plants to remove the poison, used wild plants to prepare flour, laid out small fields to grow crops and had a special way of using fire. Surprisingly, the Indians also kept slaves. After visiting the museum you can take a walk outside where you can learn about the traditions and crafts of the Seminoles.

So even during your holiday in Florida you can travel through time back to prehistory and go in search of the fascinating Indian history. It is well worth a visit!