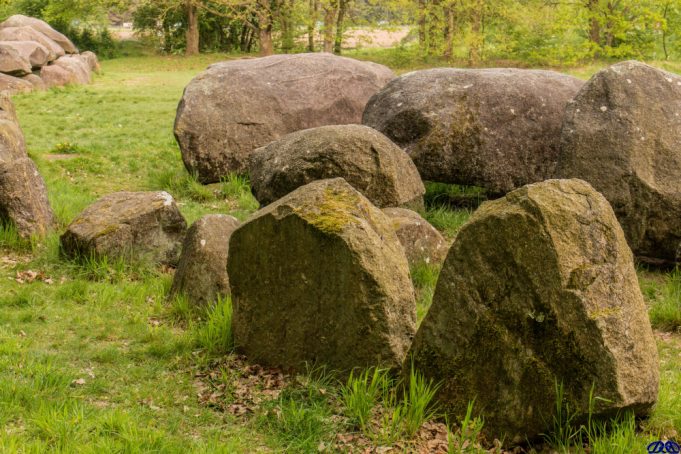 In Drouwen two hunebeds lie next to each other, so they are often called the ‘Twins of Drouwen’. They have been extensively investigated by the archaeologists Holwerda and Van Giffen. Both hunebeds were thoroughly restored in September 1998, when the fragments of 2 broken lintels were cemented together and lifted back up onto the supporting stones. Further, the many cracks found in the top-, side- and ring-stones were repaired with cement.

Both hunebeds are medium-sized. D19 originally had eight lintels, of which the most westerly is now missing. Two more are only fragments and these lie on the ground. The other five now lie (once again) neatly on top of the uprights. The four portal stones are complete. In September 1998 the large stone which had for many years stood next to the entrance was promoted to the role of a lintel over the portal. Sadly, this was pulled down by vandals in February 2006 and the authorities decided to leave it standing next to the entrance. In the photo you can see that it still stands in this controversial position.

A remarkable number of items were found in hunebed D19: the remains of at least 400 pots, 13 flint axes, 9 amber beads and 6 pieces of copper. There were also pieces of human bone (like the copper, extremely rare in a Dutch hunebed!) and crowns of teeth.

D20 still has 5 of its original 6 lintels, although until September 1998 there was only one lying on its supporting uprights. Now 3 have been replaced as far as this was possible. There are also still 4 portal stones (and one lintel above them), but what is really remarkable is an almost complete circle of ring stones: 21 stones (the locations of the six missing stones are shown by markers placed by Van Giffen).

This hunebed presented Van Giffen with a number of riddles concerning the correct layout of the stones. Earlier researchers (Lukis, Dryden, Pleyte and Holwerda) had also expressed contradictory opinions on the subject. He concluded that the hunebed was in a “state of great disorder”, such that the original condition could no longer be established with any certainty. He simply reported the presence of 4 portal stones and possible lintels and at least 10 ring stones more or less in place, without adding any further comment.

For more information about this and other hunebeds in Drenthe see http://www.hunebedden.nl/frntpage.htm .

Also (in Dutch only) at www.hunebeddeninfo.nl 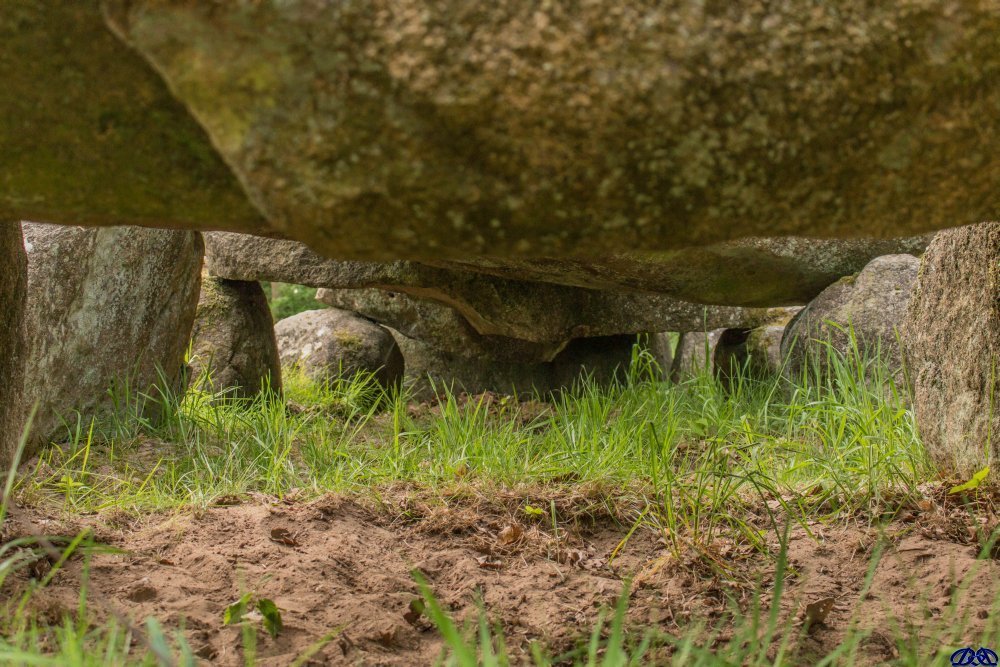 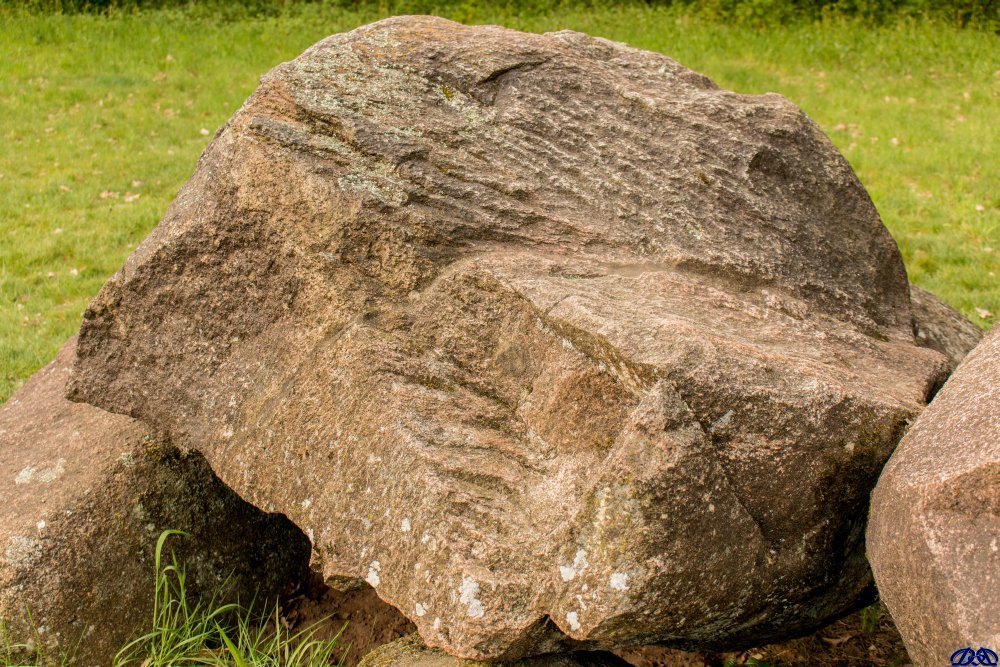 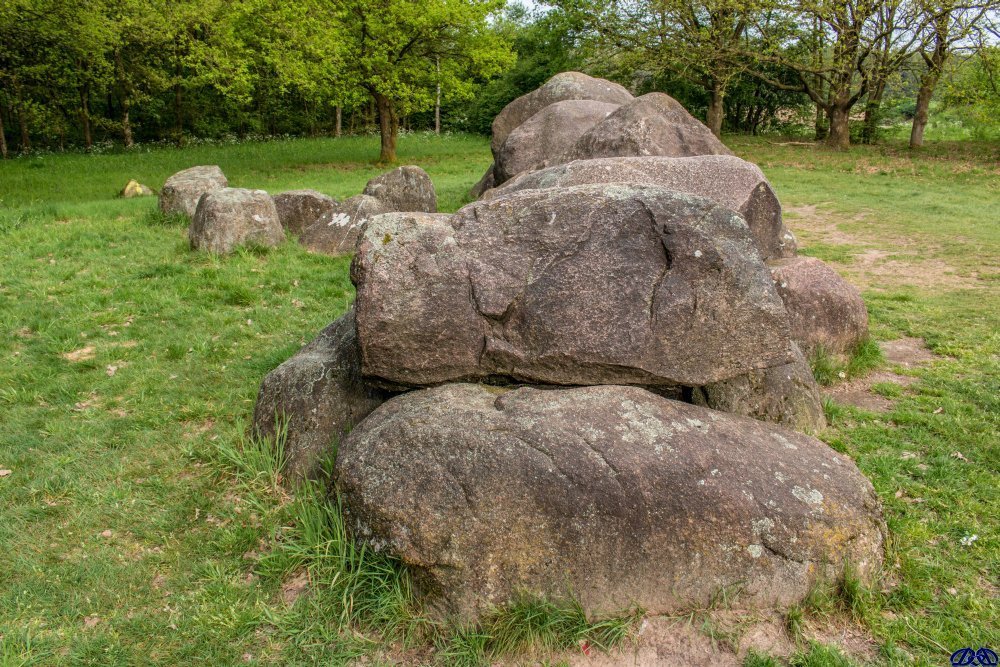 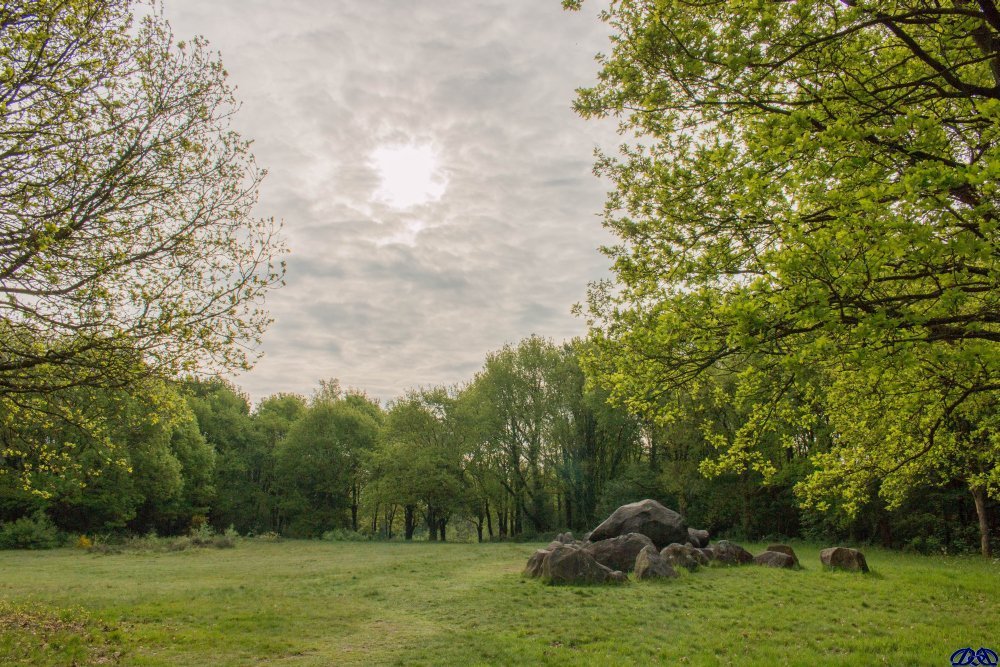