Sicily has a complicated prehistory which makes it difficult to navigate through the jumble of cultures which existed on the island. Because of its geographic location in the centre of the Mediterranean Sea, the island played a dynamic role in the region for thousands of years with frequent migrations of different peoples. This role was the result of two influences: the Mediterranean or eastern influence and the European influence from the northwest of the Italian peninsula.

The varied history became more straightforward around 2.000 BC, when the island came into contact with a culture from the Aegean Sea and the Anatolian coast, which possessed new social, spiritual and artistic ideas. This change can be seen in the necropolis of “Castelluccio” which lies between Noto and Syracuse. The same name was also given to this period between 2.000-1.500 BC. (the Sicilian Bronze Age). The many graves from this period were hacked out like caverns in the cliffs of the surrounding mountains and they tell the story of ‘cults of the dead’, collective burials and the worship of Mother Earth.

Contemporaneous with the Castelluccian Culture are the structures in the form of dolmens which have been found in various parts of the island. Their existence provides us with new data to help interpret ancient Sicily. The shape of the hunebeds varies from triangular to multi-sided, comparable with other megalithic monuments in the Mediterranean region such as the Balearic Islands, Sardinia, Malta and Puglia. In Sicily two dolmens are known in the western part – the Sciacca dolmen and the Mura Pregne dolmen – and four in the southeast -Monta Bubbonia, Cava dei Servi, Cava Lazzaro and Avola. The hunebeds are built from local limestone which is found in the same sites.

The Sciacca dolmen lies seven kilometres from the town of Sciacca and was discovered in the 1930’s under volcanic tuff. The dolmen consists of large flat stones which rest on upright slabs on the ground. Many pottery fragments dating from the Bronze Age have been found in the immediate area. A number of engraved stones have also been found close to the dolmen which suggest there might have been a small sanctuary here.

The Mura Pregne dolmen, on the slopes of Monta Castellaccio not far from Termini Imerese, stands in an area of great archaeological importance. This fact was not recognised for a long time and scientists did not pay much attention to these prehistoric graves. The dolmen has a right-angled floor plan measuring almost three meters.

The Monte Bubbonia dolmen lies a few kilometres north of Gela and also has a right-angled layout. The calcareous slab (lintel) rests on two parallel monoliths which lead to a space of about 2.60 square metres. In common with other Sicilian hunebeds, the entrance faces northeast. The dolmen is a small passage grave (2.20m long), similar to the dolmens of Sardinia and Apulia. Having the rear of the grave leaning against the slope makes the burial easier.

Further to the east in the Hyblaean Mountains, source of the Tellesimo river, is a quarry called “Cava dei Servi”. This is also the name of the dolmen here. The dolmen has an elliptical shape with four rectangular slabs (90 cm high and 20 cm thick on average).
Inside the burial chamber the large limestone slab is broken in four places. As a result of gradual movement, the top of the reconstruction now sits on the ground. The structure is roughly 3 metres long and the rear side leans against the slope to make the burial easier. Recent research has revealed a number of finds, including fragments of human bone and ceramics. These finds – the only biological clues found in Mediterranean dolmens to date – allow us to determine their function and history. 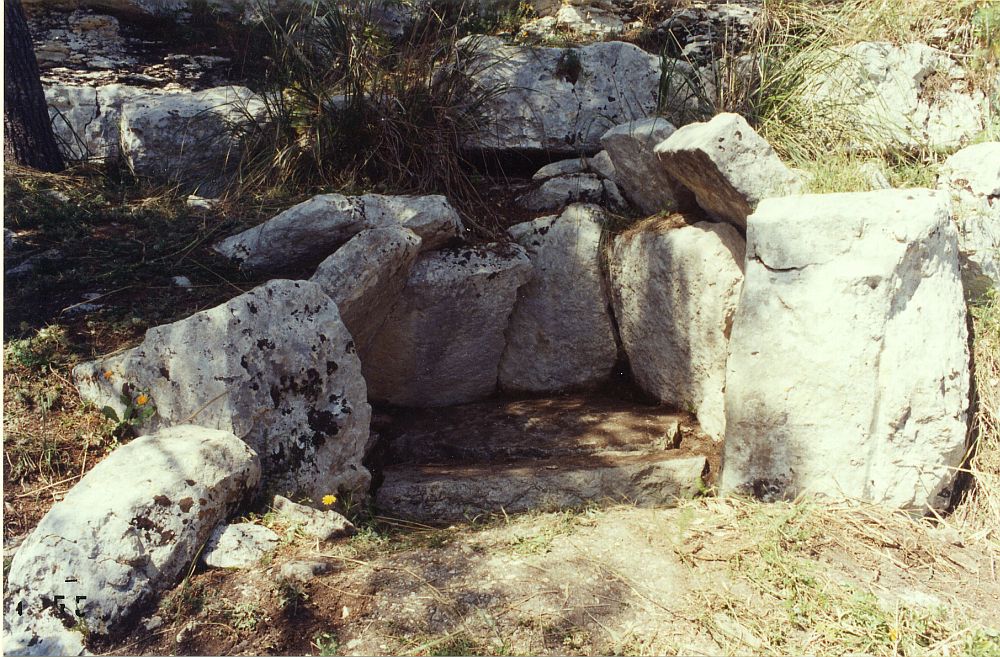 Figure 6. The Cava dei Servi dolmen in SicilyTwenty kilometres southeast of the former quarry is another dolmen called “Cava Lazzaro”. The mound descends via short steep natural terraces. On one of these terraces the author of this article, Salvo Piccolo, discovered two large blocks of stone which together form a semicircular structure. Still visible around the two monoliths is a circle of stones, reminiscent of similar communal spaces which can often be found in other dolmens along the Atlantic and Mediterranean coasts (e.g. Netherlands, Spain, Corsica, Sardinia, Apulia and Malta). This type of dolmen can also be found further north in Cava dei Servi. 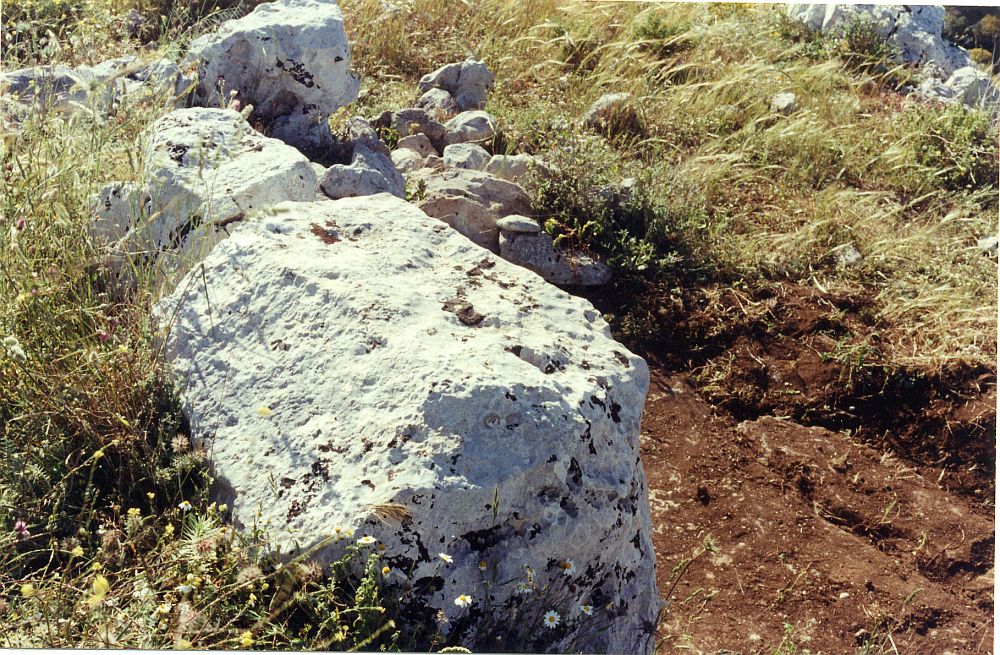 Figure 8. The Cava Lazzaro dolmen: sawn blocksThe dolmen, or rather ‘pseudo-dolmen’ of Avola stands on the edge of the town and was discovered by an archaeologist in 1961. This dolmen was completely covered with earth and looked quite small. Excavations showed that the structure consisted of a capstone roughly 8 metres long and 5.5 metres wide standing on two pillars against a low stone wall. Ten small rectangular holes of various lengths were noted on the surface, none more than 1.40 metres long and no more than 40 centimetres deep. These holes are the graves of children from the Roman and early Christian period. It is now clear that the holes occur naturally.

Who built these “dolmens” in Sicily?

At the beginning of the third millennium BC the western part of Sicily was affected by cultural influences from the coast of Sardinia. The result of these influences was that a new marketplace had to be established for traders. The largest market of Lupari already existed in the northeast. This new marketplace was intended to regulate the traffic between Sardinia and the Iberian peninsula on the one hand and with the east on the other. Developments in metallurgy led to an increase in trade, for instance in arsenic from Sardinia and raw materials from Cornwall and Spain. The dolmen builders must have taken part in this trade. Because of similarities with the ones in Salento, it was thought until recently that the small megaliths in Malta were the work of people from Puglia, (see J. D. Evans, Malta, 1959). Today, thanks to these new discoveries in Sicily, it is reasonable to assume that the builders of the Maltese dolmens came from Sicily. These builders first arrived in the western part of Sicily and quickly spread to the other side. The builders must have made use of the fact that part of the island already had links with Malta. Thereafter this culture disappeared for good.