Home english articles Pantalica – one of the largest necropolis in Europe 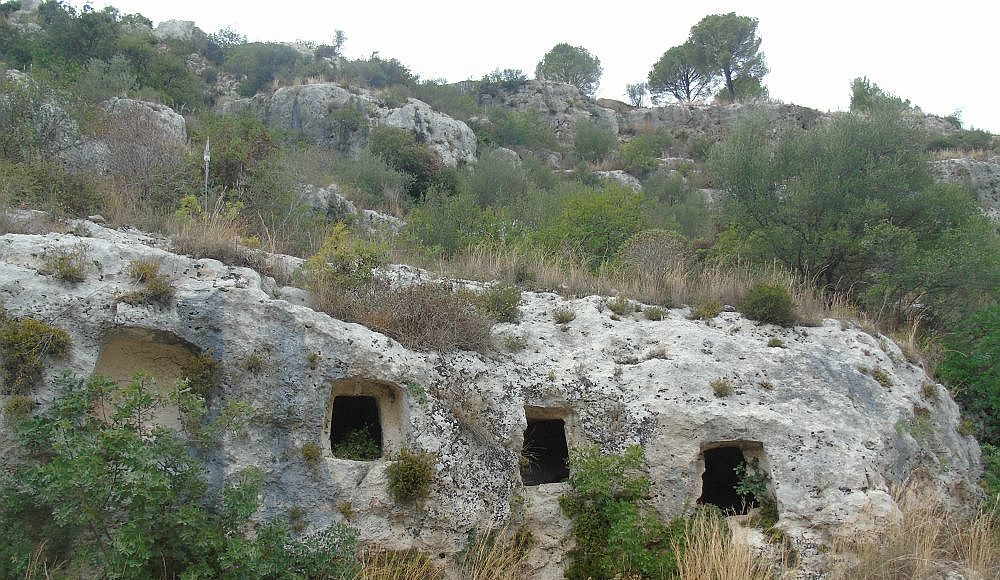 Every year we try to find somewhere special for our holiday. In 2016 it was the turn of Sicily. We had long wanted to see Etna and the volcanoes of the Aeolian Islands. But of course there is far more to see in Sicily than volcanoes. In the guidebook I found a short description of the Necropolis of Pantalica, which was said to be the largest city of the dead (i.e. burial site) in Europa. That was certainly a place we had to go and see with our own eyes!

After a short flight, and a drive along highways, small country roads and winding streets full of Italian drivers in a great hurry, we reached our destination. This was in a beautiful part of the southeast of Sicily, about 40 kilometres from Syracuse. You drive along a valley until you come to a point where you can go no further. All we could see were three cars and someone sitting inside a small hut. Was this the right place? Yes, it was. It was strange that such a remarkable site, which since 2005 has been on the UNESCO World Heritage list, was so well hidden. Strange also that there were so few visitors. But all the more pleasant for us as we had the whole place almost completely to ourselves that afternoon. 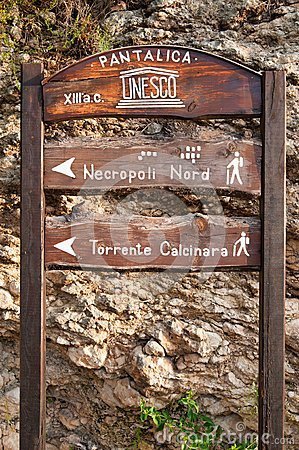 After a short walk of about half an hour we saw the first tombs in the cliffs, then more and more, and then still more.

The necropolis (or city of the dead) at Pantalica is a collection of burial places where the individual graves have been carved out of the cliffs. In total there are more than 4000 tombs and they date from the 7th to the 13th century BC, the Bronze Age. They all lie along the banks of small Anapo river.

The Italian archaeologist Paolo Orsi carried out excavations in the valley between 1895 and 1910. By then most of the tombs had long been emptied, but fortunately not all. The finds consisted of red pottery, metal objects (including weapons), and parts from clothing such as brooches (fibula) and rings. It appeared that most tombs had held between 1 and 7 bodies, both male and female together. Most tombs had been opened several times in the past to add new bodies. The finds can be seen in the museum in Syracuse in the southeast of Sicily. 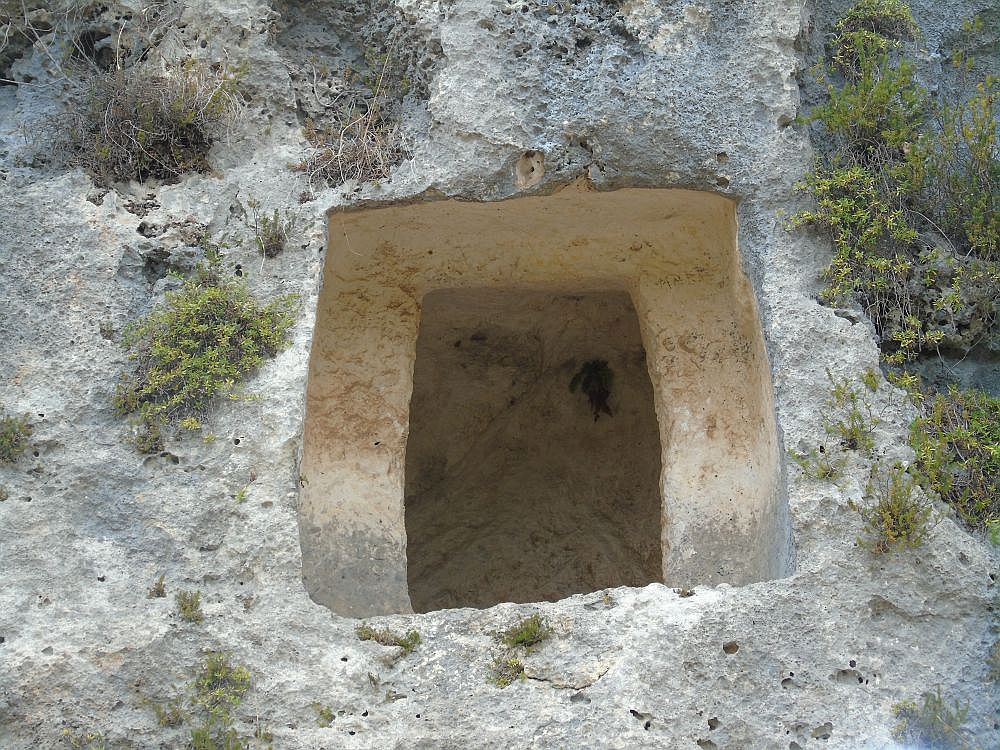 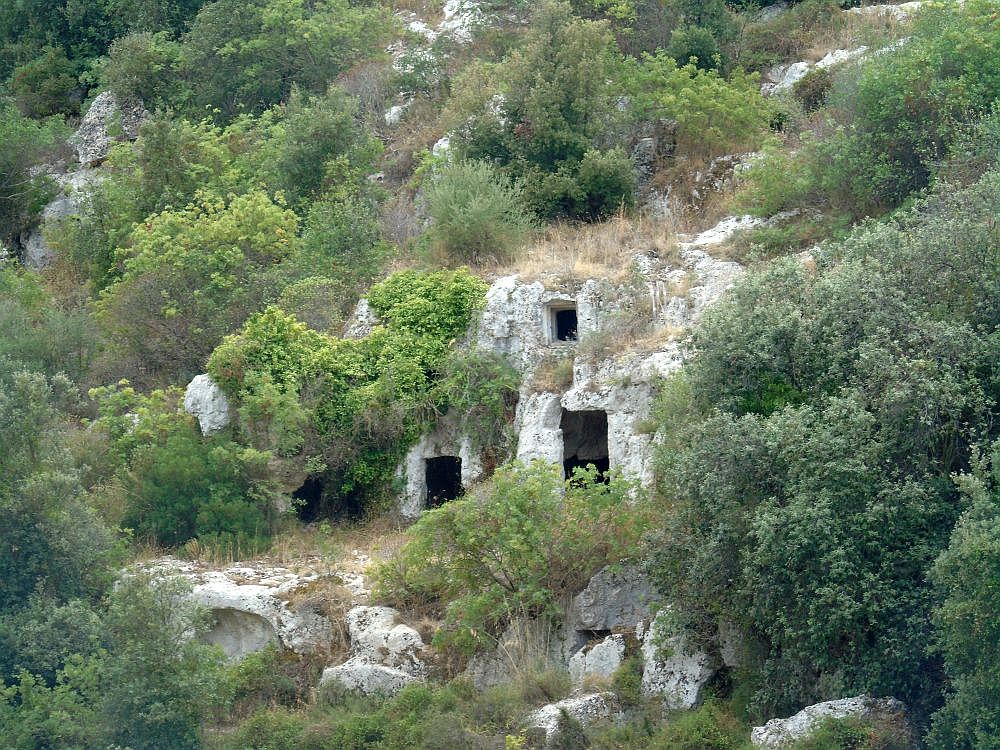 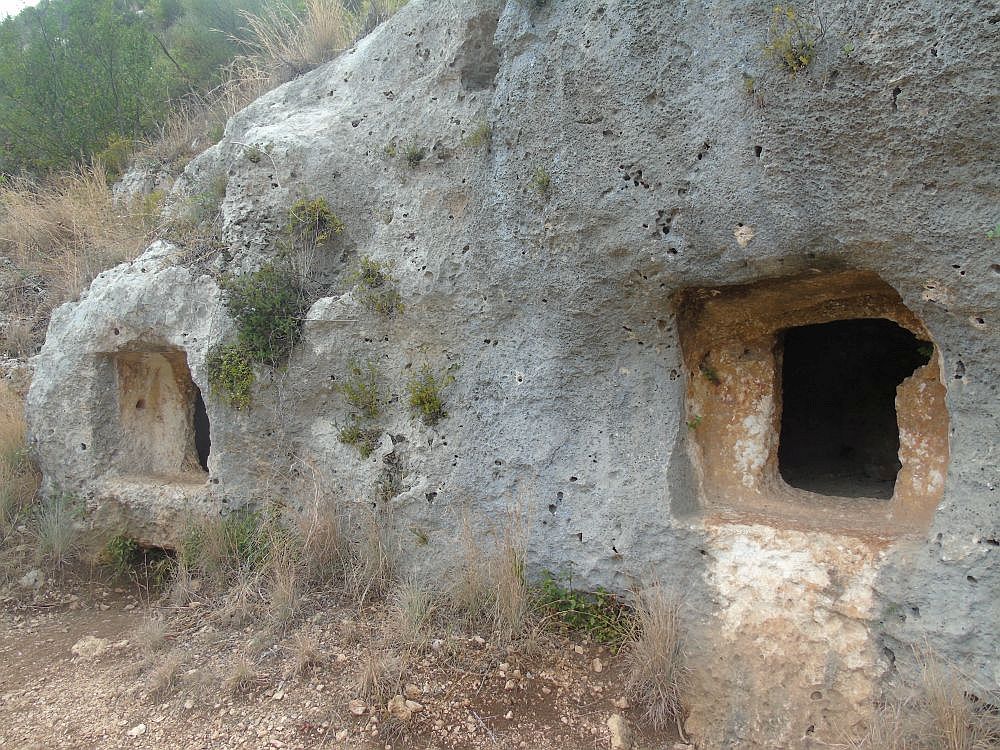 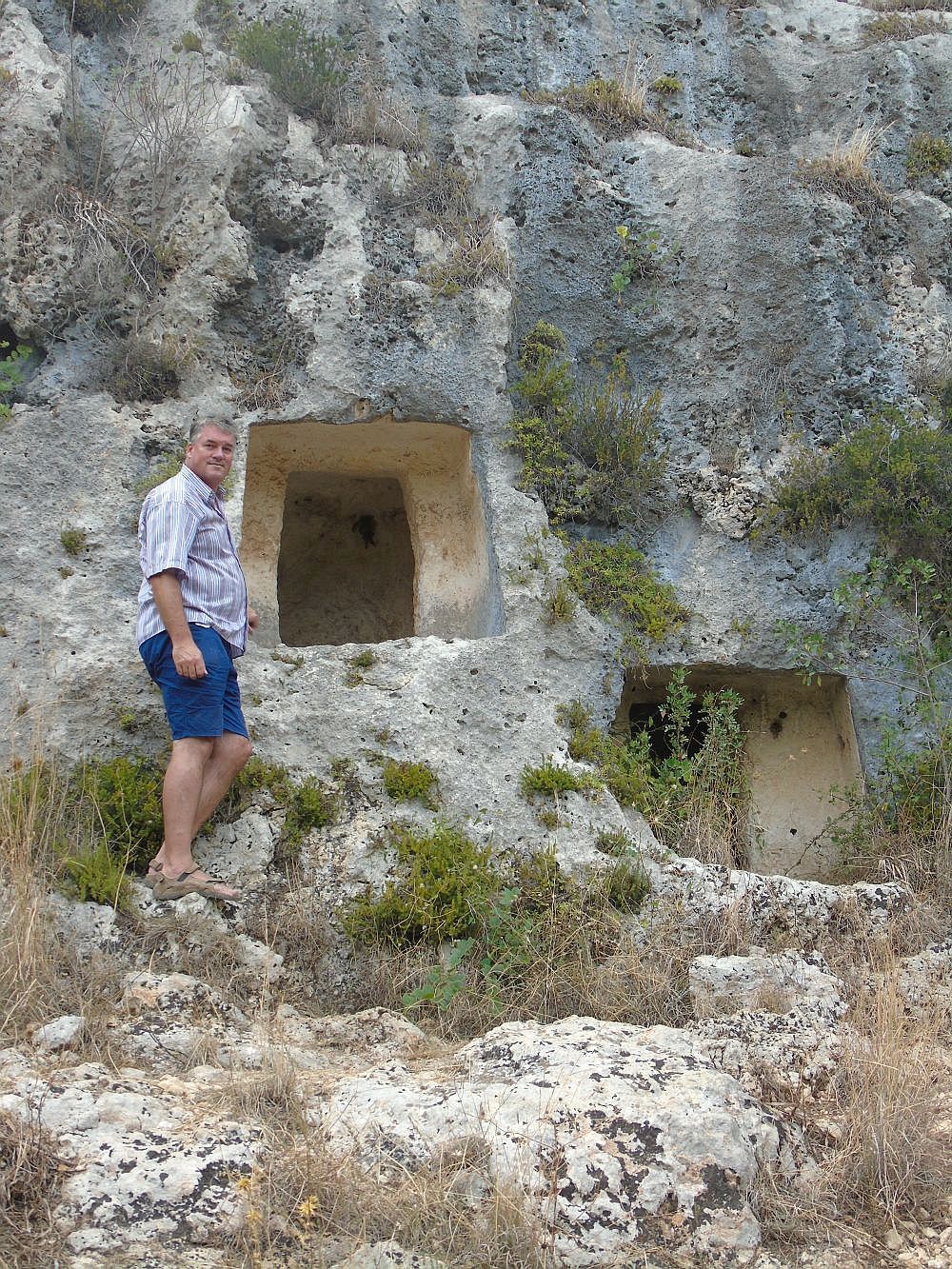