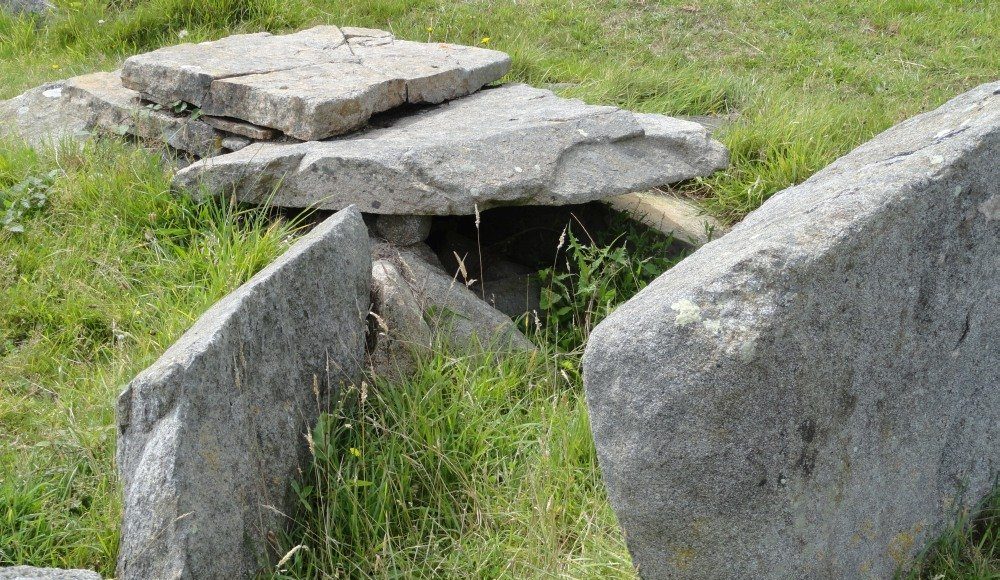 The Channel Island of Guernsey is a place of low taxes (no VAT) and many tourists. It enjoys good weather without being too warm, and it has some interesting cultural attractions. The island is small, but for its size it is rich in prehistoric remains, such as menhirs and dolmens. You would think this would be a good way to attract tourists but in Guernsey they seem to do that half-heartedly, if at all. A missed opportunity perhaps, but I was quite pleased because I could visit the sites and take photos without crowds of other people getting in the way.

That is how I came to find and visit two dolmens standing on a golf course: a large hilly area with two dolmens, a kist and some German bunkers left over from the Second World War. Small paths and roads cross the golf course towards the coast with its fine sandy beaches and attractive beach houses. So I followed the La Jaonneusse Road to Pembroke and then along the Les Marreurs Road to the dolmens of La Varde and Les Fouaillages. These small roads and the cars using them don’t seem to get in the way of the sport, and the only two golfers I saw were far away and no balls flew over my head. It also made a nice change for once to be able to find this archaeological site quite easily. The two dolmens, called La Varde and Les Fouaillages, are in the middle of the L’Ancresse Common Golf Course – the island of Guernsey is British, but you still find French names everywhere. 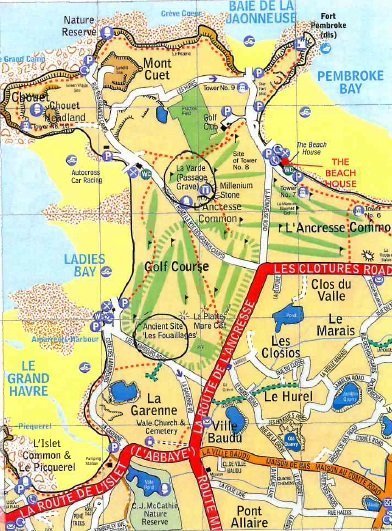 In old pictures La Varde is shown surrounded by a strong wrought-iron fence and described as the ‘Druid’s Altar’. The site was discovered in 1811 by soldiers stationed here on the hill. In the summer of 1837-1838 F.C. Lukis and his sons investigated the hunebed. They found burials from two periods with many bones and the cremated remains of several children. They also found the remains of around 150 pieces of pottery from the Neolithic and Bronze Age. The 18 metre diameter earthen hill was still intact. La Varde was used over a period of about 1500(!) years. The innermost chamber was found to have a smaller side chamber attached to it. This was too small to be occupied and its purpose remains unclear. 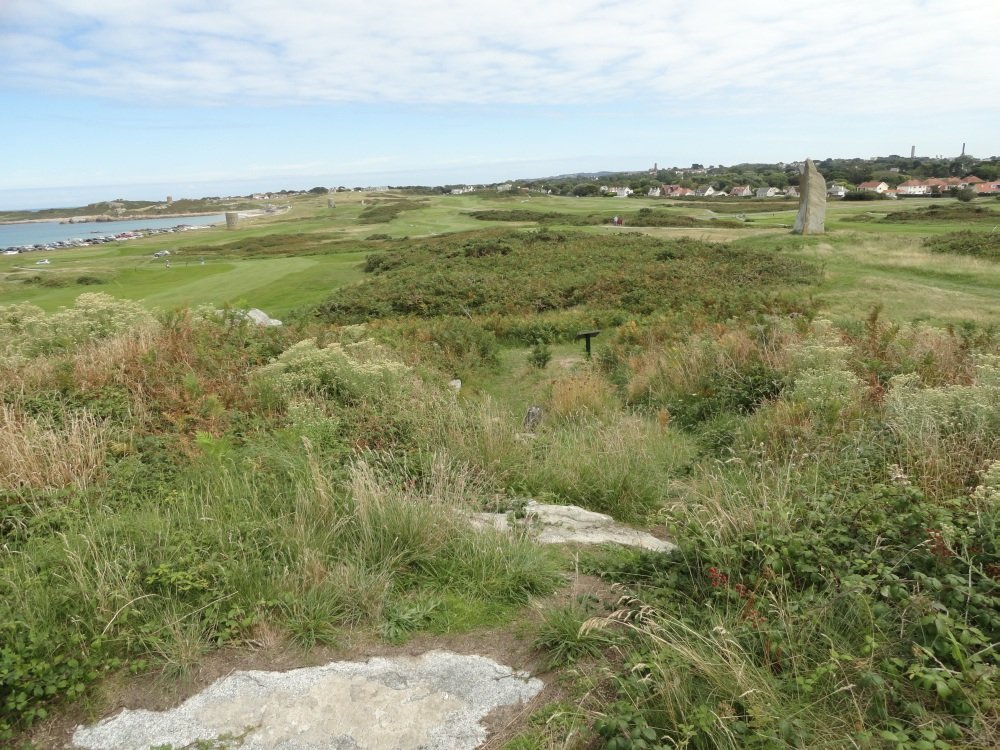 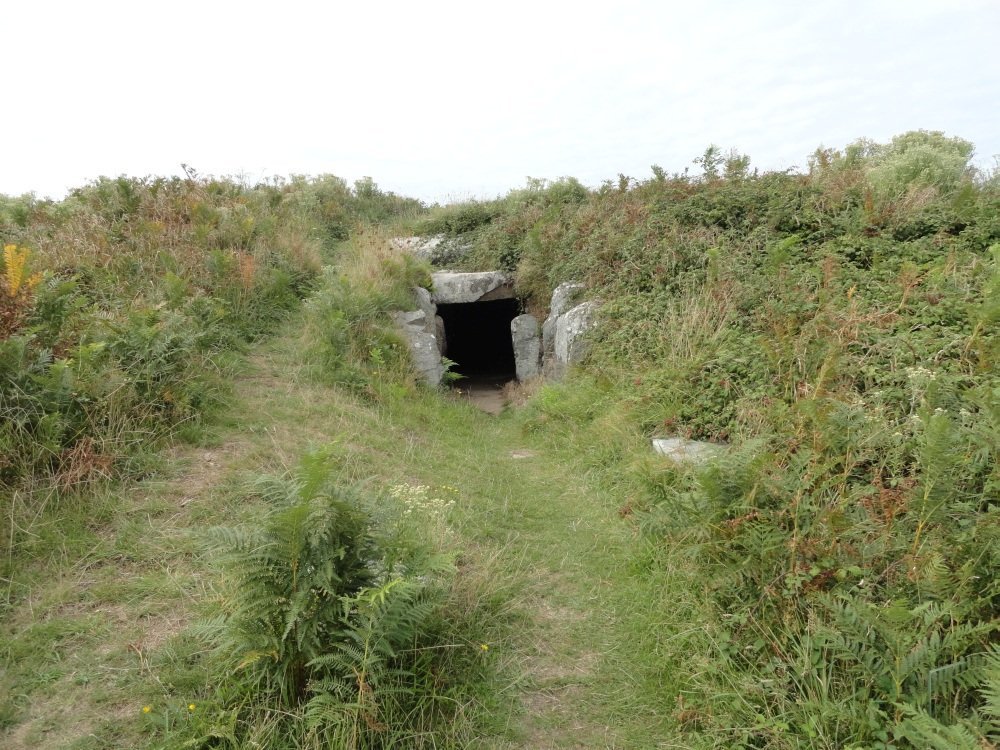 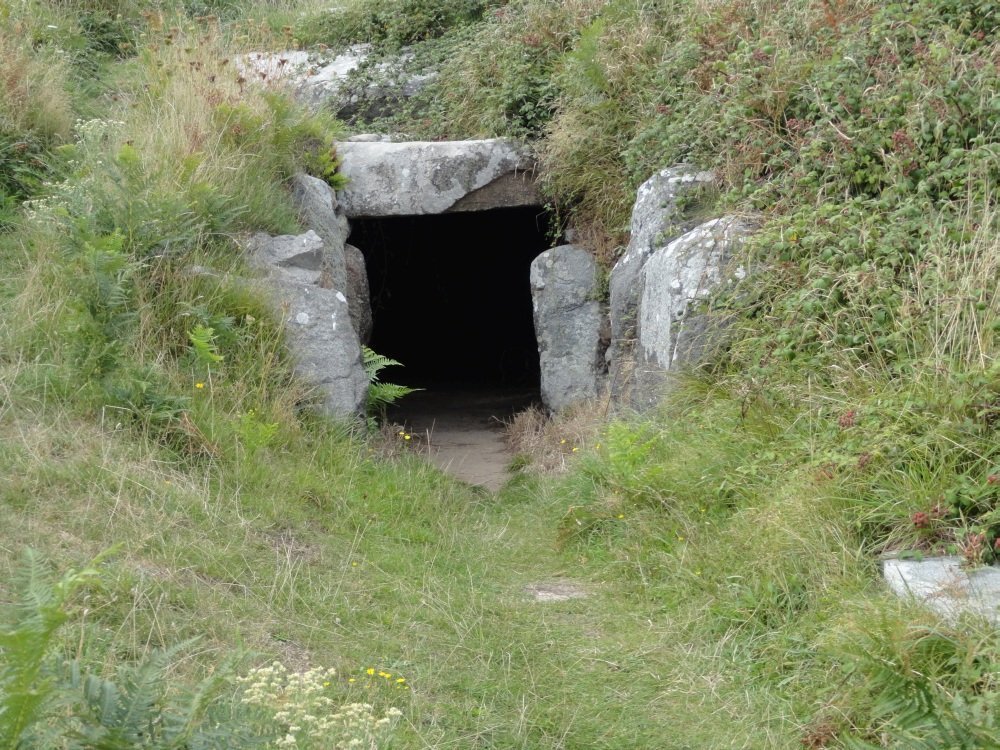 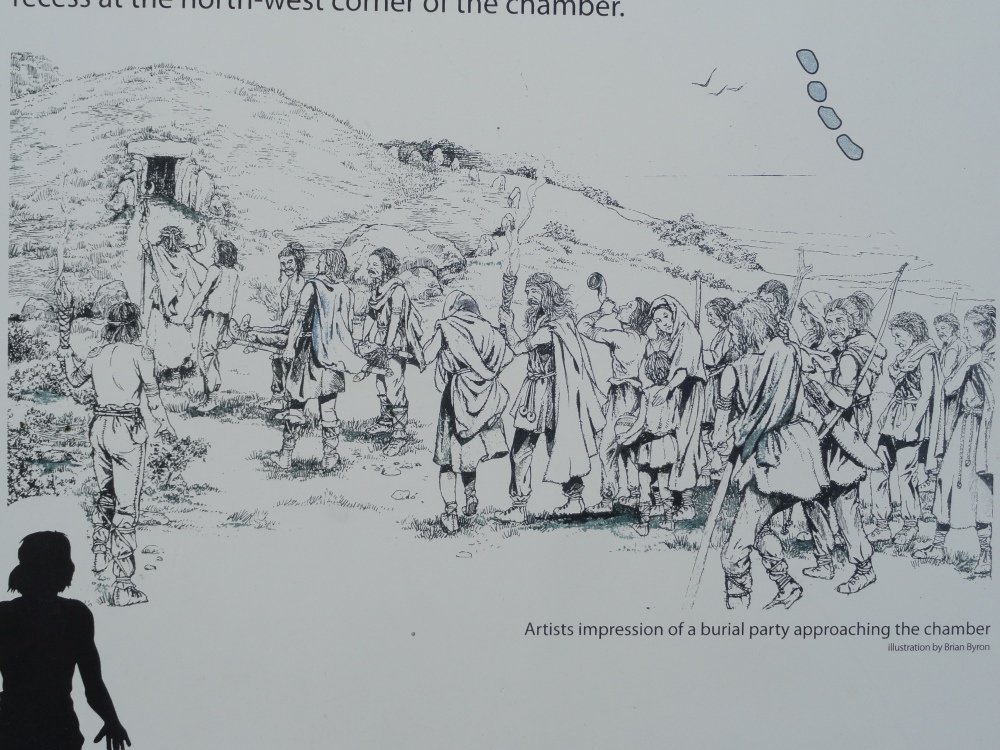 The site of Les Fouaillages is a different story. It was found relatively recently and extensively excavated (1979-1987). Les Fouaillages is about 8,000 years old. Between 6000-5000 BC hunters roamed around this area in an ancient primeval forest; between 4500 and 4000 BC the first farmers were buried here and between 3000 and 2000 BC a new ‘Cult Centre’ arose here. And that is not all: between 2000-1800 BC there appears to have been a village in the immediate area, and traces have been found of houses dating to 50 BC and the early Iron Age. Around 1000-1200 AD the traces of the farmstead and the settlement disappear. 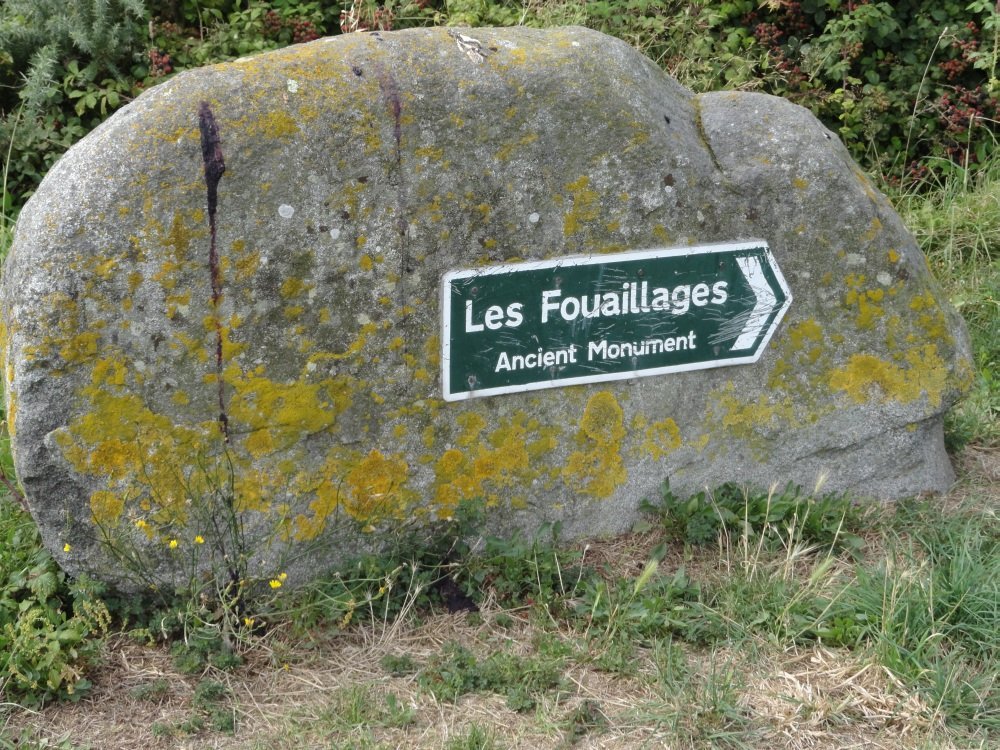 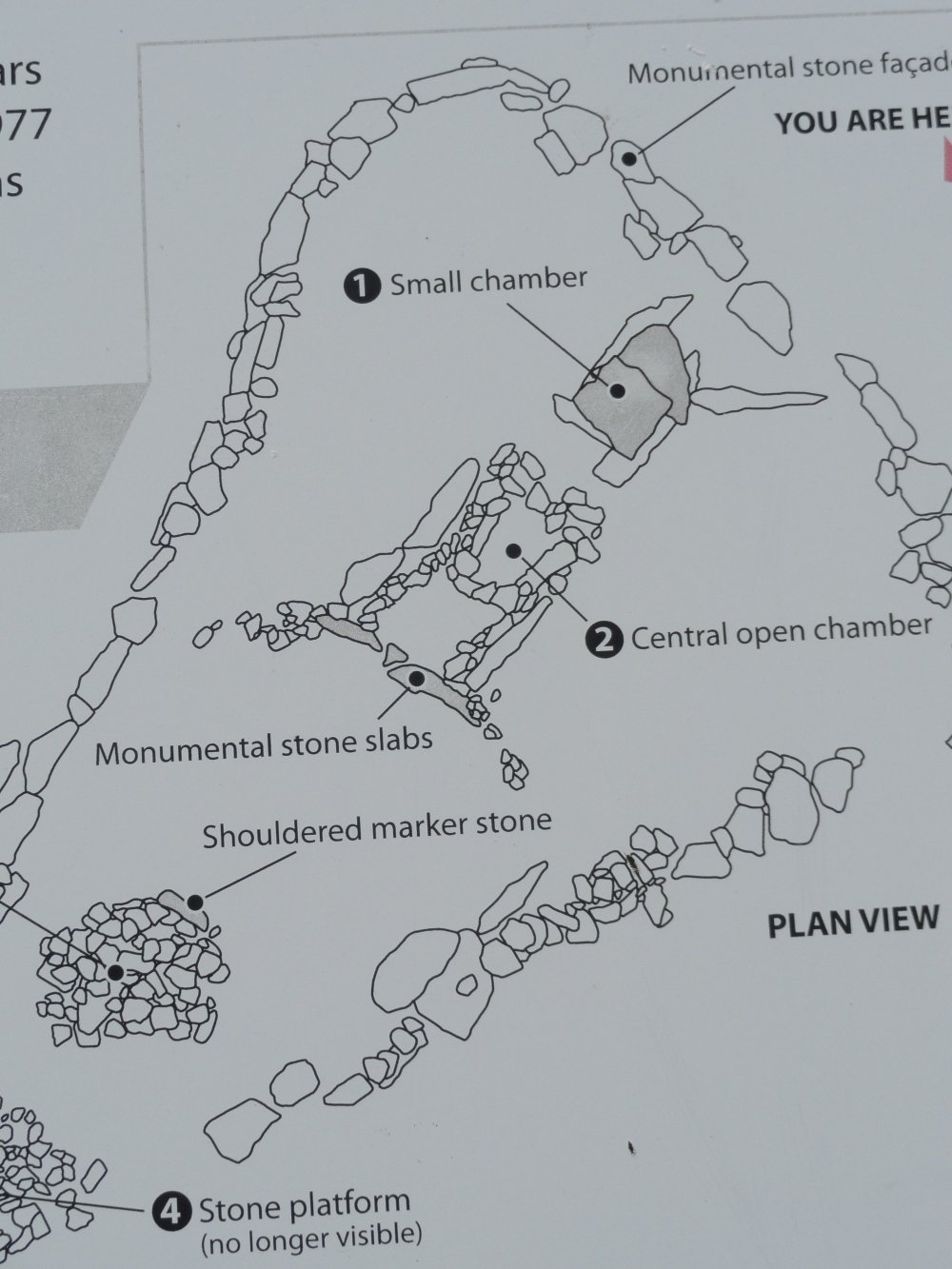 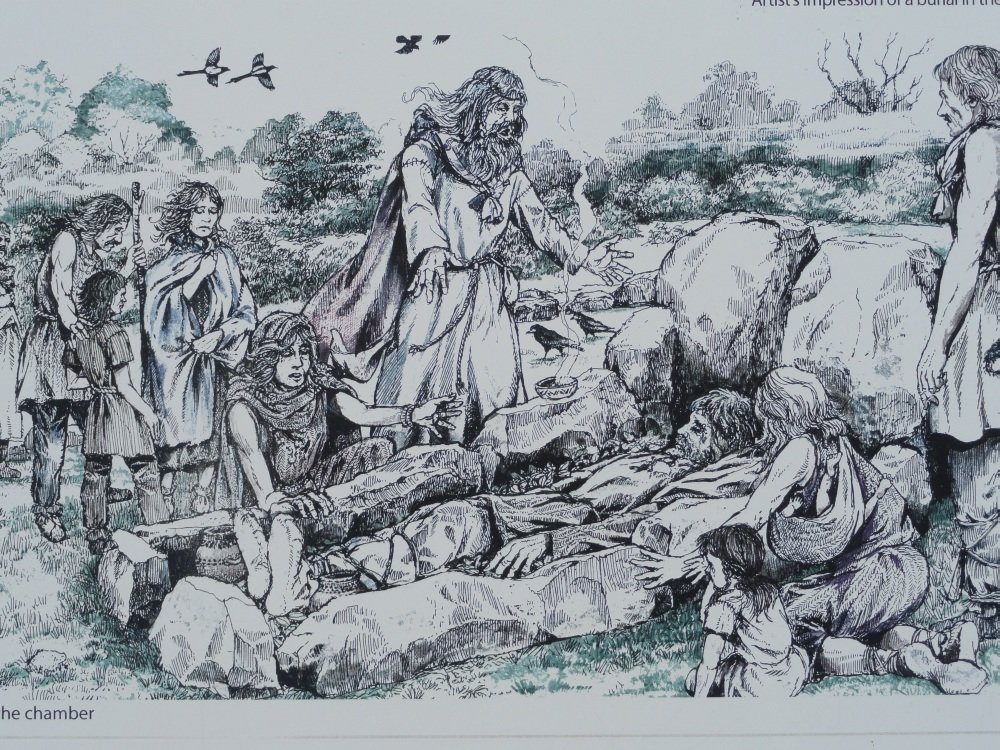 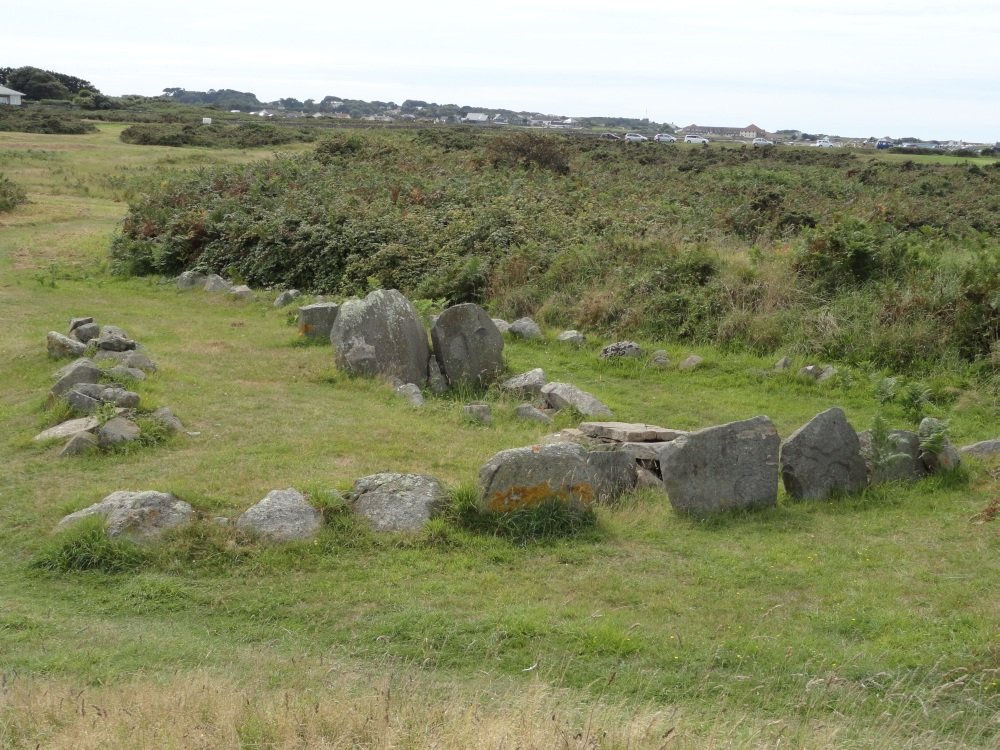 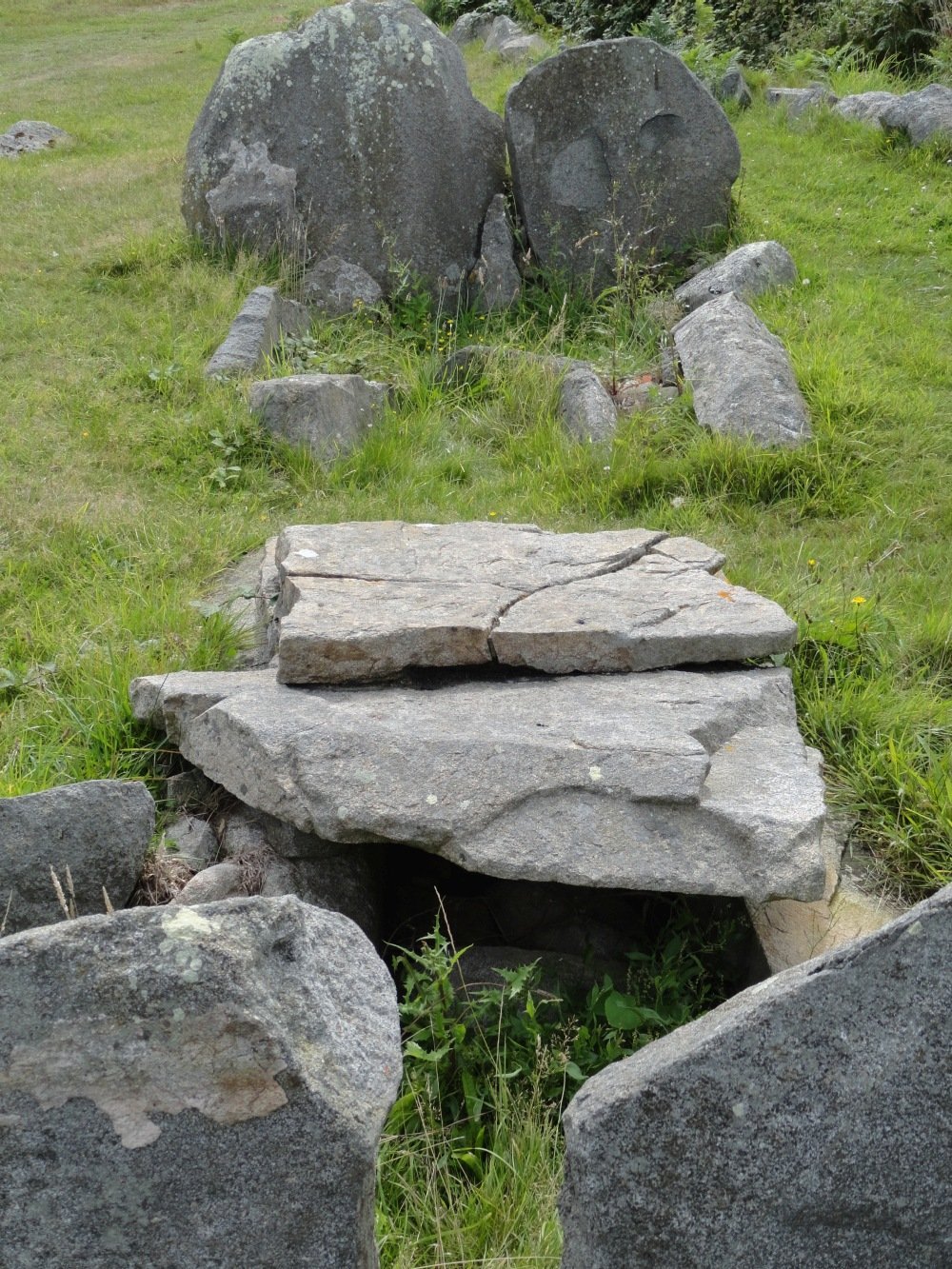 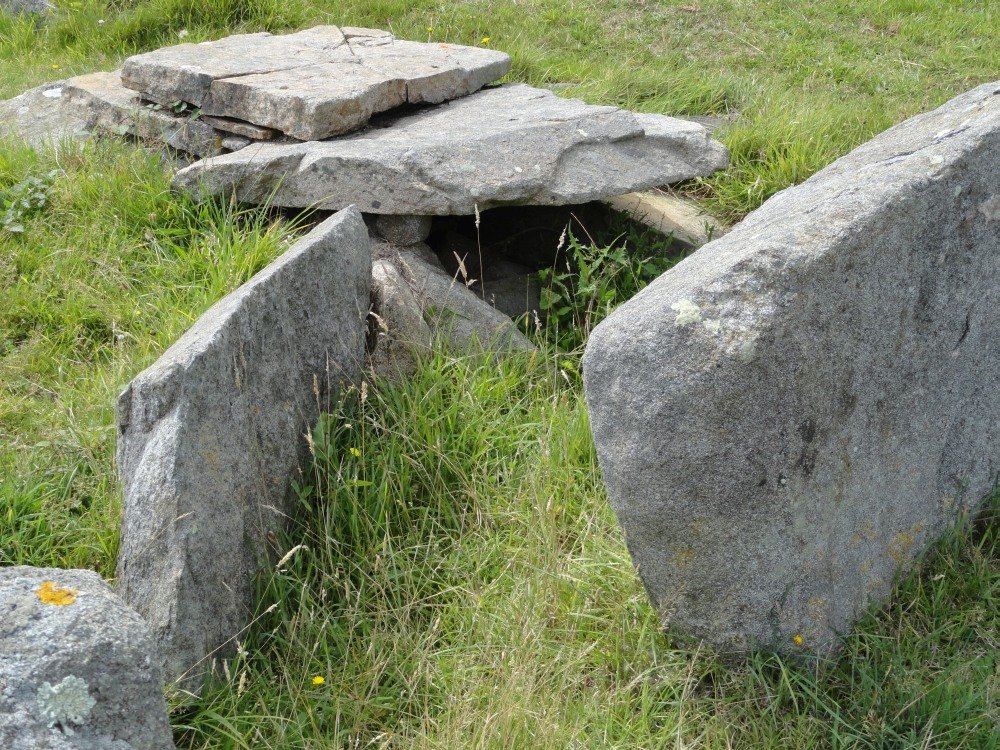 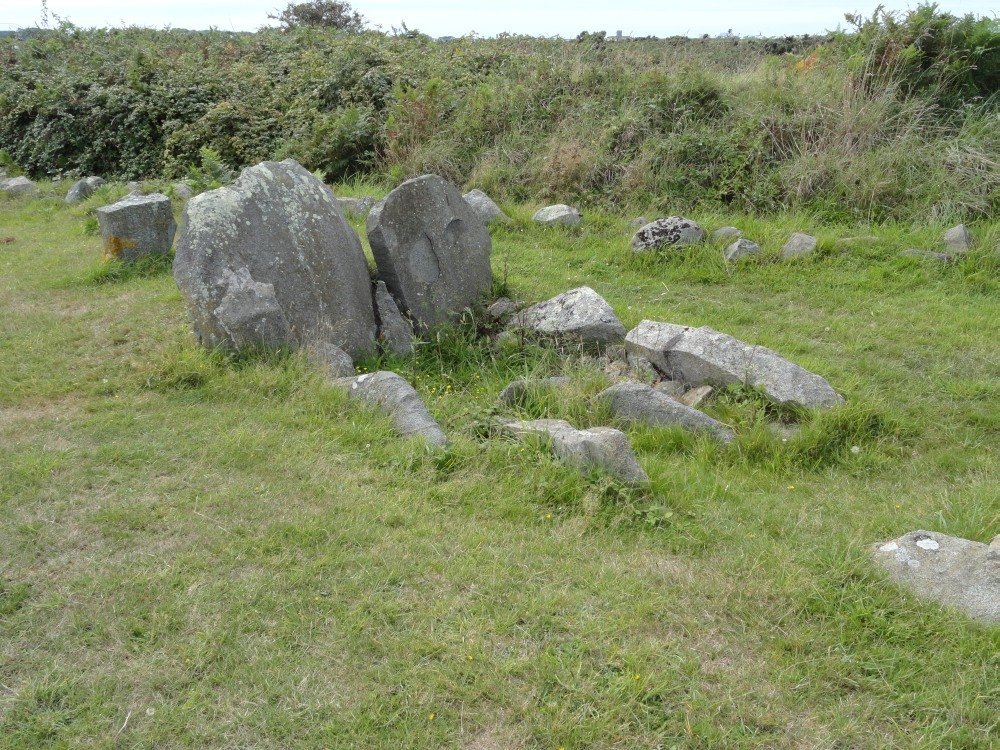 The site itself is perhaps not very impressive but the results of the excavation make it an interesting place to visit. I am no golfer and have no interest in the sport, but we can all be grateful that the construction of a new golf course helped to unearth and preserve these remains.

Click here to see another article by Hein Klompmaker about Guernsey