At almost 18 metres long, D53 is the second largest hunebed in the Netherlands. Together with D27 it is the best example of the neolithic hunebed builders’ art in the North Netherlands. It numbers 21 upright sidestones, 4 keystones and 9 lintels which, since a restoration project in 1991, rest neatly in place on their supports. There is also a fine entrance portal, complete with 4 sidestones and 1 lintel. The closure at the western end of the burial chamber is also remarkable in having 3 keystones: 1 large and 2 smaller ones.

D53 was originally surrounded by a splendid circle of more than 40 ringstones. When van Giffen began his excavation in 1918 there were still 24 in place, but now only 10 remain. The fate of the other 14 stones is a mystery. The upright supporting stones and the lintels were more or less complete, although all lintels except one had slipped off their supports. van Giffen was able to replace six of them in 1918. Despite traces of earlier digging in the hunebed, he found under the floor a veritable wealth of pottery shards. From the many thousands of small jigsaw pieces, his team was able to reconstruct several hundred pots, as many as 600 according to some sources. This was the largest find in a single hunebed anywhere in Drenthe. In contrast, the number of other objects found here was very modest: three flint axes, one arrowhead, a hammer axe and three necklaces, one made of jet and the other of amber.

In 1945 the fate of the hunebed appeared to be sealed, when the German occupying forces laid out an airfield close by. The Luftwaffe demanded that the monument should be demolished because it could be used as an orientation point for allied bombing (D54, not far away, was camouflaged). Demolition took place but van Giffen was able to save the hunebed by arranging with the Germans for the 50 or more large and smaller stones to be carefully dragged away and buried in a 6 metre deep hole. The stones didn’t stay there for long – immediately after the war they were dug up and at the end of 1949 restoration began. The detailed records that van Giffen had made in 1918 were of immeasurable help in this reconstruction, and some of the numbers which he marked on the stones can still be seen. In 1950 the hunebed looked as if nothing had changed, although some people thought that the monument had ‘lost its soul’.

D53 is actually one of twins. Just 150 metres away, on the slope of the Havelterberg, stands D54.

The hunebed ‘grand master’ Van Giffen was able to give full rein to his passion at this hunebed on no less than two separate occasions. The first time was when he visited, excavated and partly restored the hunebed in 1918. At that time it was not in a perfect state of repair but most stones were still present. The second time was in 1947 when he had to rebuild the entire hunebed after its demolition by the German occupying forces. It is not possible in this short description to list all the 64 stones which van Giffen described in his inventory. What I find particularly interesting is the disappearance of 14 ringstones after he made this inventory, but I have not been able to find any explanation for how, when or why this happened. 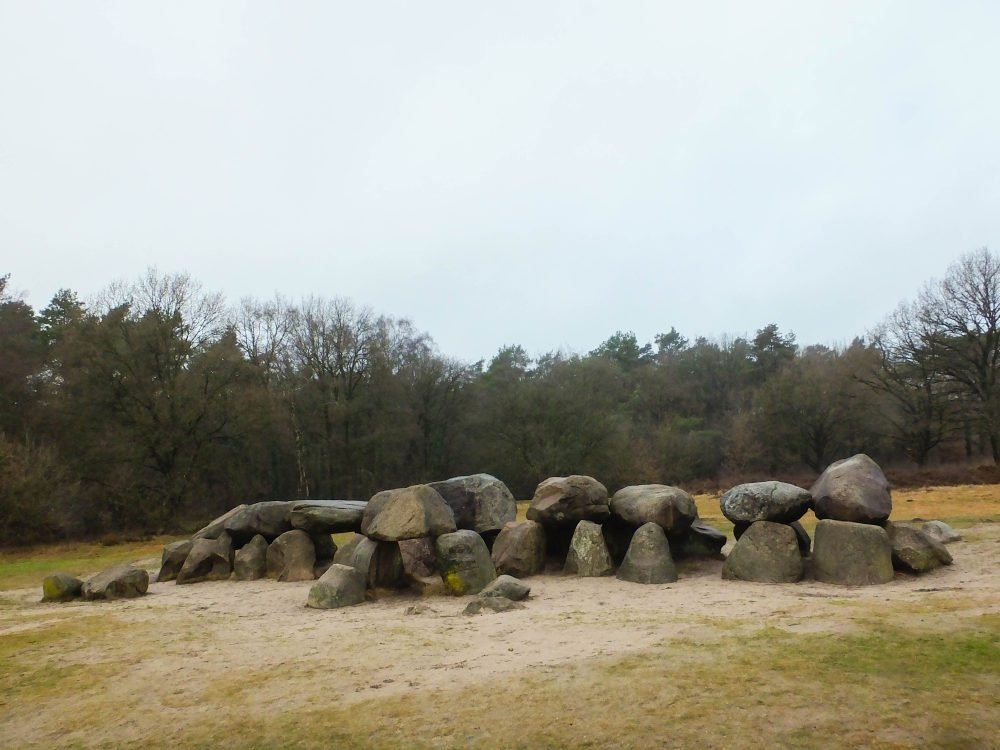 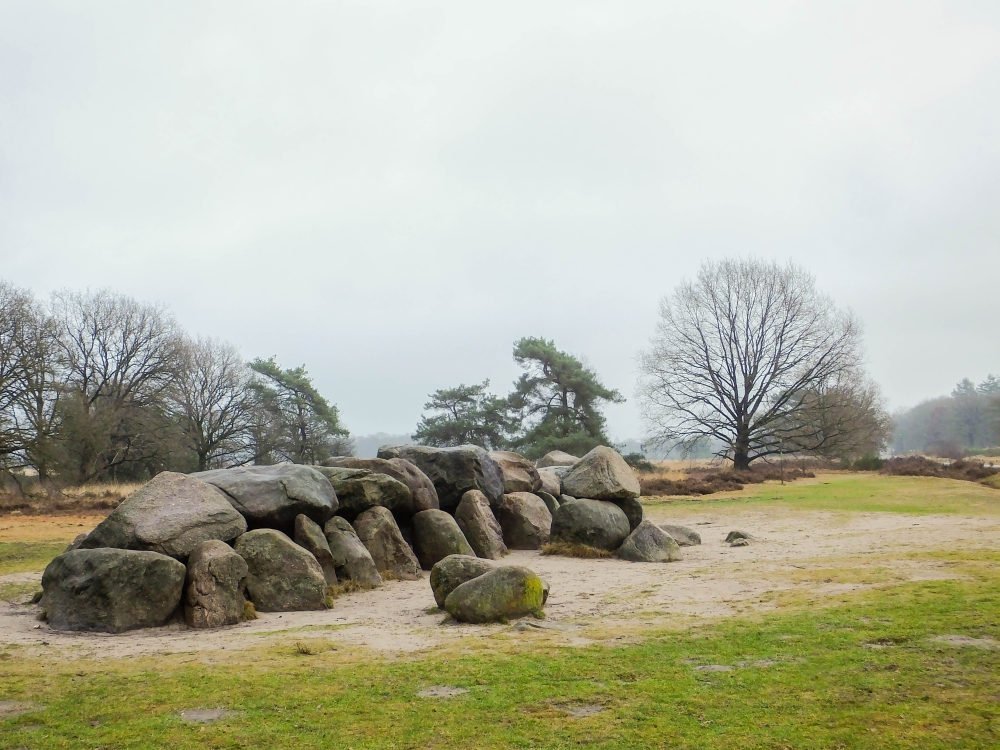 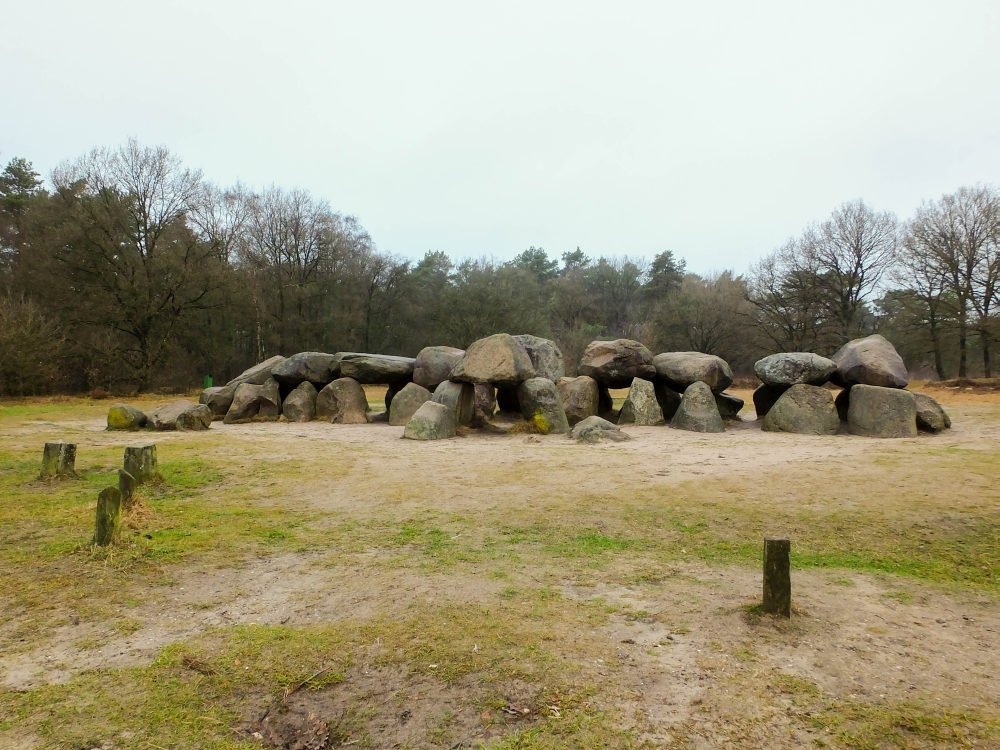