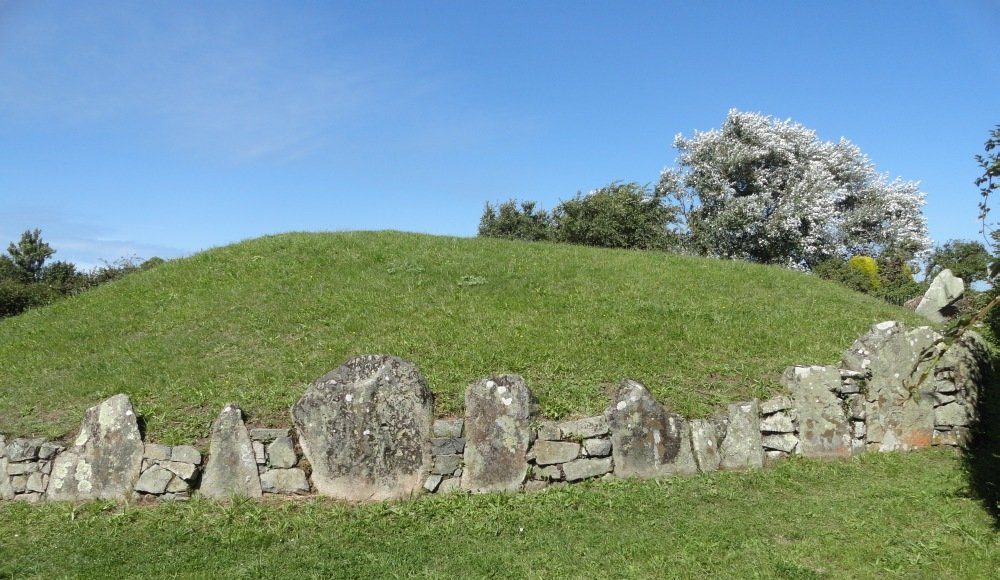 In just two hours the ferry from St. Malo (Brittany, France) takes you to the Channel Island of Guernsey and another world. You enter another time zone and put your watch back by one hour, traffic on the island drives on the left because this is part of the United Kingdom, and all prices are in pounds. And none of these things will change after Brexit.

If you go in search of one of the most famous passage graves in Guernsey you might be glad of that extra hour. Despite the maps I drove at least four times within a few metres of the site before I discovered a small wrought-iron gate in the wall by the road. Behind the gate, this famous dolmen was clearly visible. Perhaps it was my fault, but Déhus seems to me to be a real challenge for even the best pathfinder. What is going on here? Almost everywhere in Europe prehistoric hunebeds or dolmens (however you define or name them) are badly signposted. And it’s the same here on Guernsey. Are they proud of their Déhus? I’m not sure they are. In the Guernsey Museum in the capital, Saint Peter Port, you can buy a guidebook of 64 pages, but it is dated 1983! 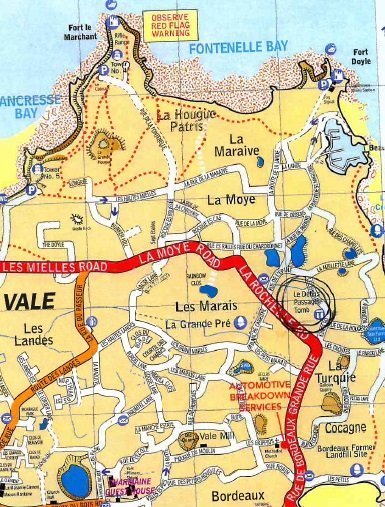 Nevertheless, it is a useful guidebook with relevant information about the island, including the Déhus passage grave. But there is no map although it does refer to map co-ordinates. It also does not tell you that there is nowhere to park near the site. I cheated a bit and parked in the entrance to a field – don’t tell anybody!

The most important story about Déhus is that a carved stone was found there which must date from the original building of the monument. It shows a bearded man with the name of “Le Gardien du Tombeau’’ (the guardian of the grave). To see the image all you have to do is go inside through the wooden door and turn on the light! It is pretty surprising, and of course extremely anachronistic, to switch on a light inside the vault of a hunebed, and anyway you can’t actually see much of the famous face. You can find a better picture on the internet. After you’ve seen everything, you are asked to turn off the light and close the wooden door as you leave. I followed the instructions obediently – and yes, you can tell that to everyone! 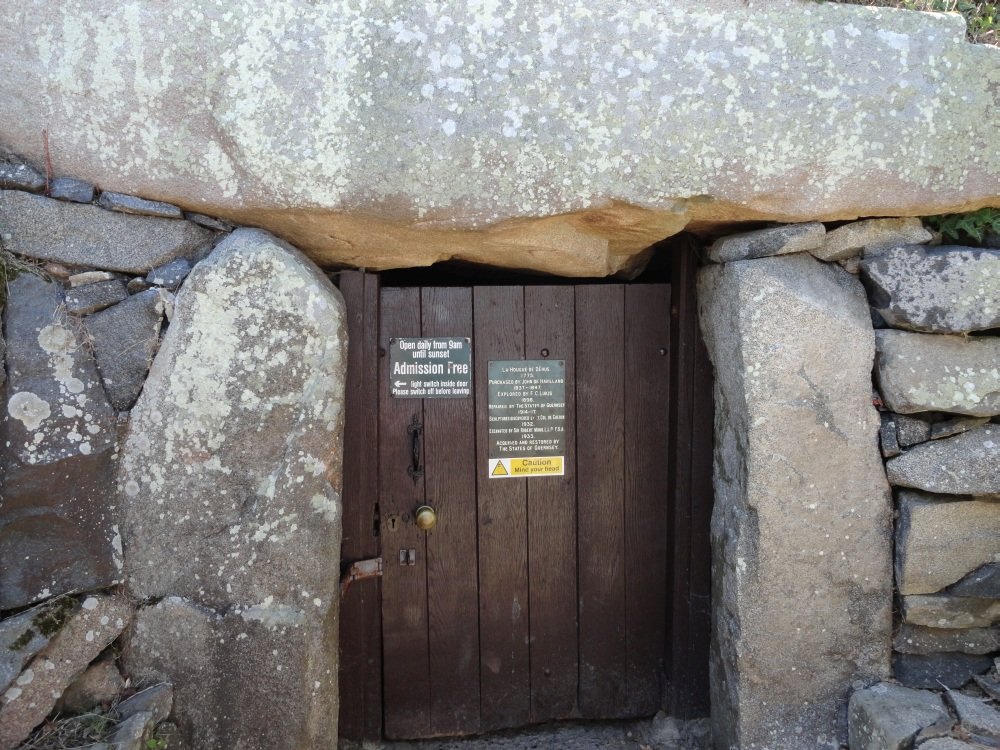 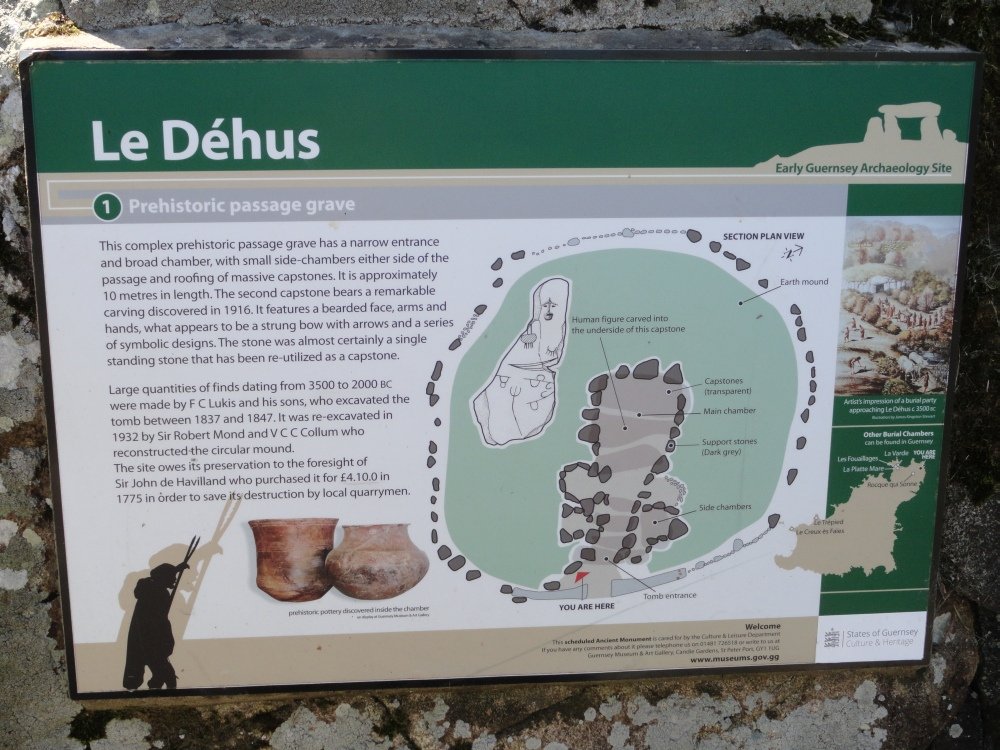 The famous antiquity expert and collector F.C. Lukis, an archaeologist before the term was invented, was the first person to carry out proper excavations here. This F.C. was the father of the equally famous archaeologist and preacher William Collins Lukis. He it was who in 1878, together with Baron Henry Dryden, first recorded 40 hunebeds in Drenthe by means of a ‘camera lucida’. (That is also an interesting story, but I’ll keep it for another time). F.C. and W.C. Lukis, father and son, excavated here and in one of the small side chambers they found the remains of bones from skeletons which had been placed in a kneeling position. They made a drawing which was used, among other things, in the work of the Danish archaeologist Worsaee. Unfortunately, they all overlooked the Gardien du Tombeau because the stone lay in the vault with the face downwards. It was not until 1915 that someone thought of turning the stone over, and then it was not until 1917 that anyone noticed the image.

So father and son just missed achieving world fame. Almost no carved stones have been found in hunebeds and this is the only one which appears to show a human figure. Tragic for the Lukis family, but also perhaps rather amusing. The guardian who made sure he would not be found. The guardian who guarded himself … or don’t you believe in that kind of thing?

Anyway, that is the Déhus passage grave. It takes a while to find it but it is worth the effort. A hunebed which you can stand inside, and with its own electric light! Completely restored. Although in the end I’m not sure if that is such a good thing. It doesn’t really feel authentic.

Click here to see another article by Hein Klompmaker about Guernsey 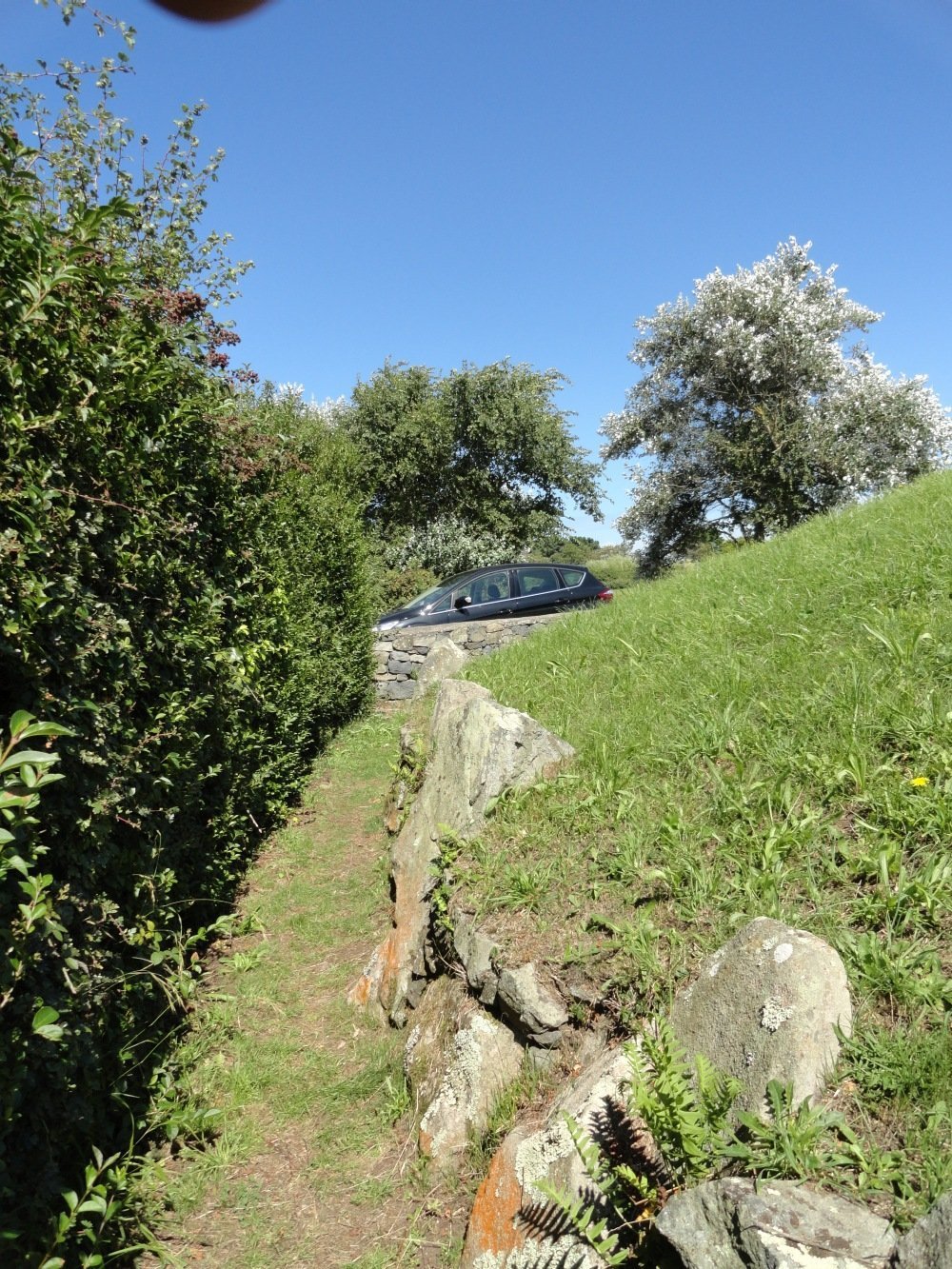 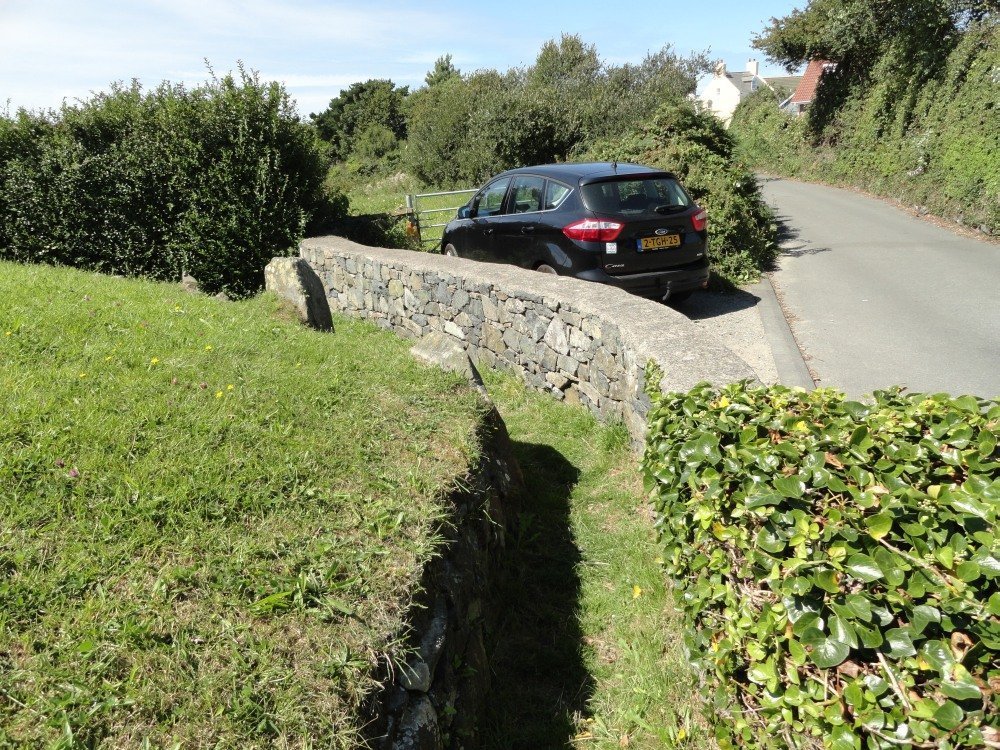 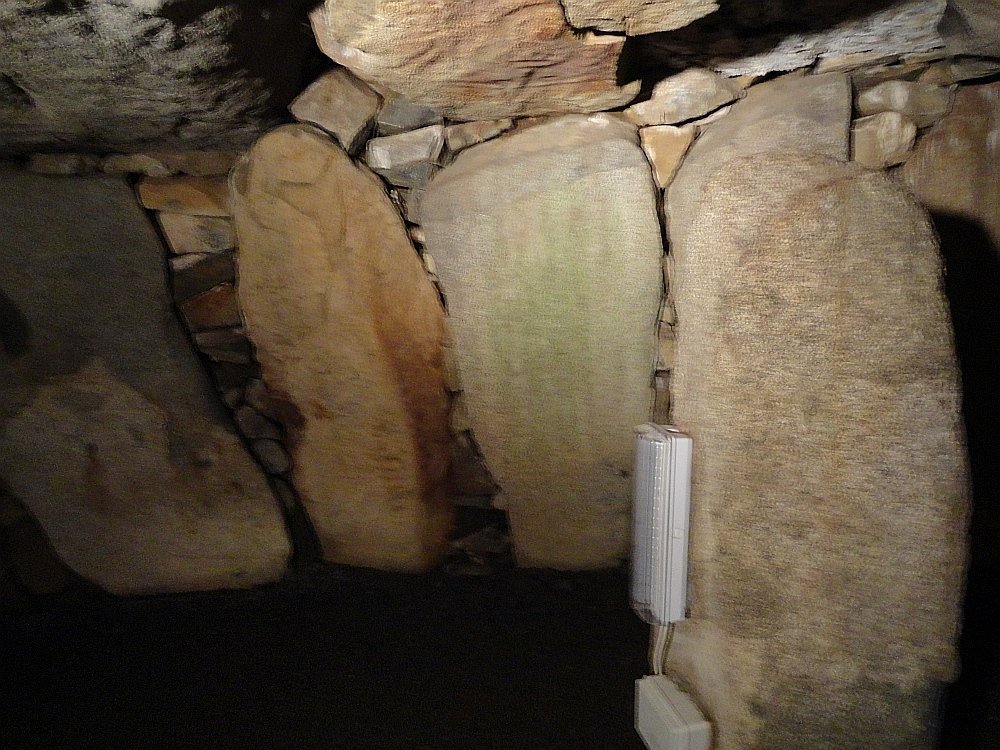 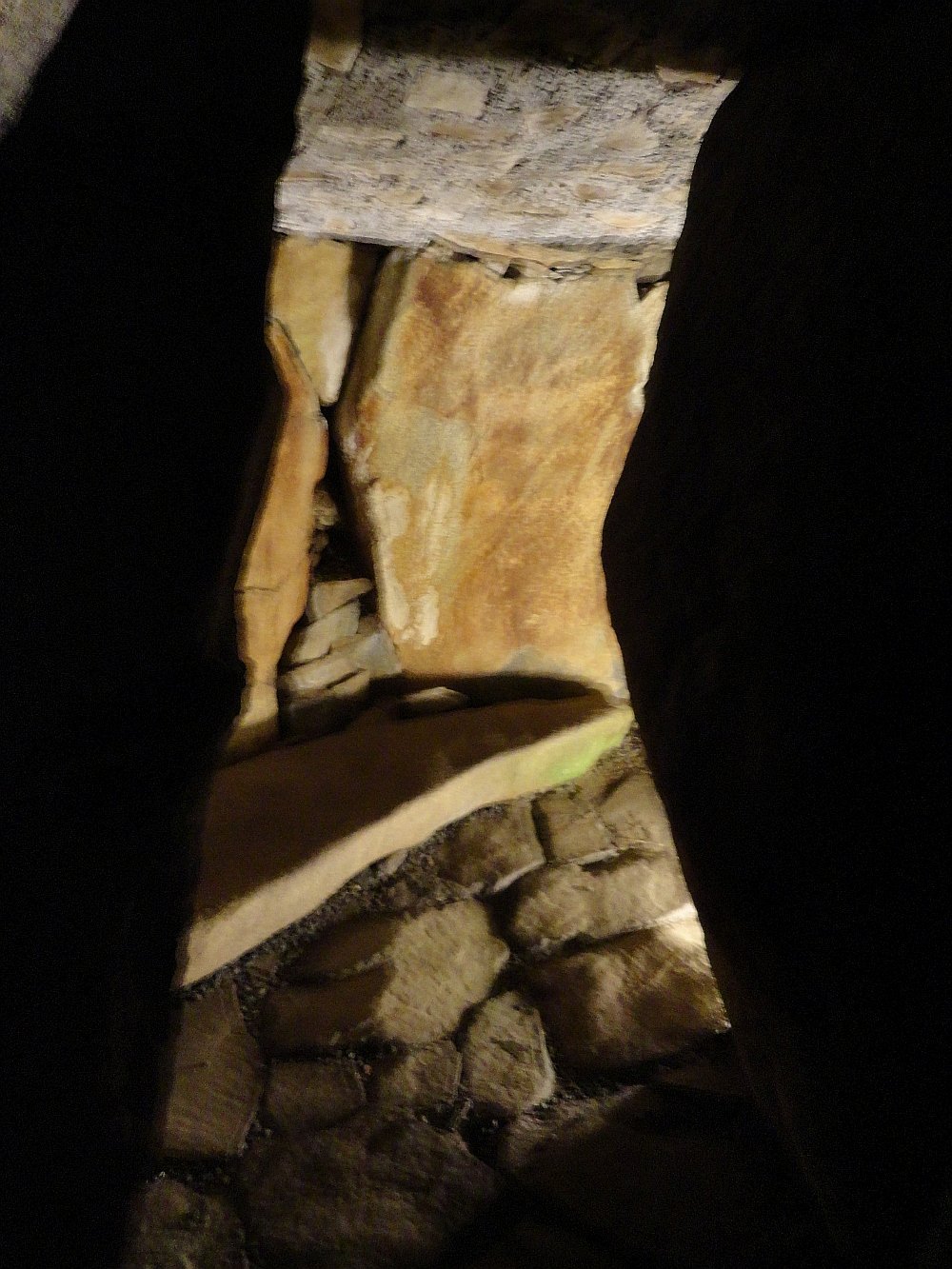 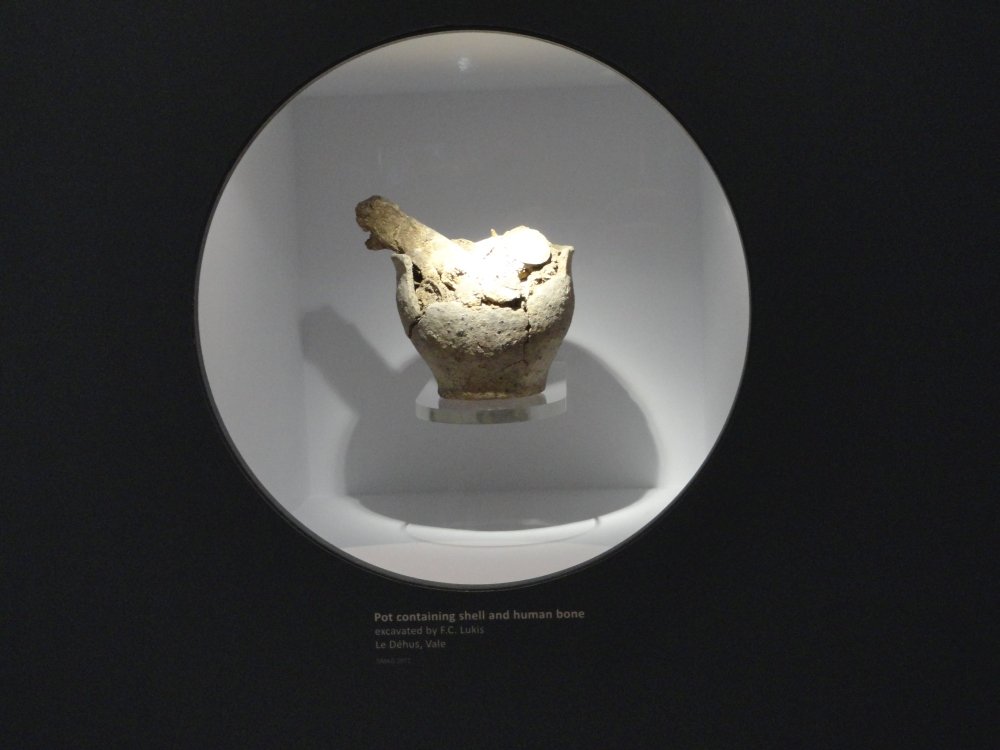 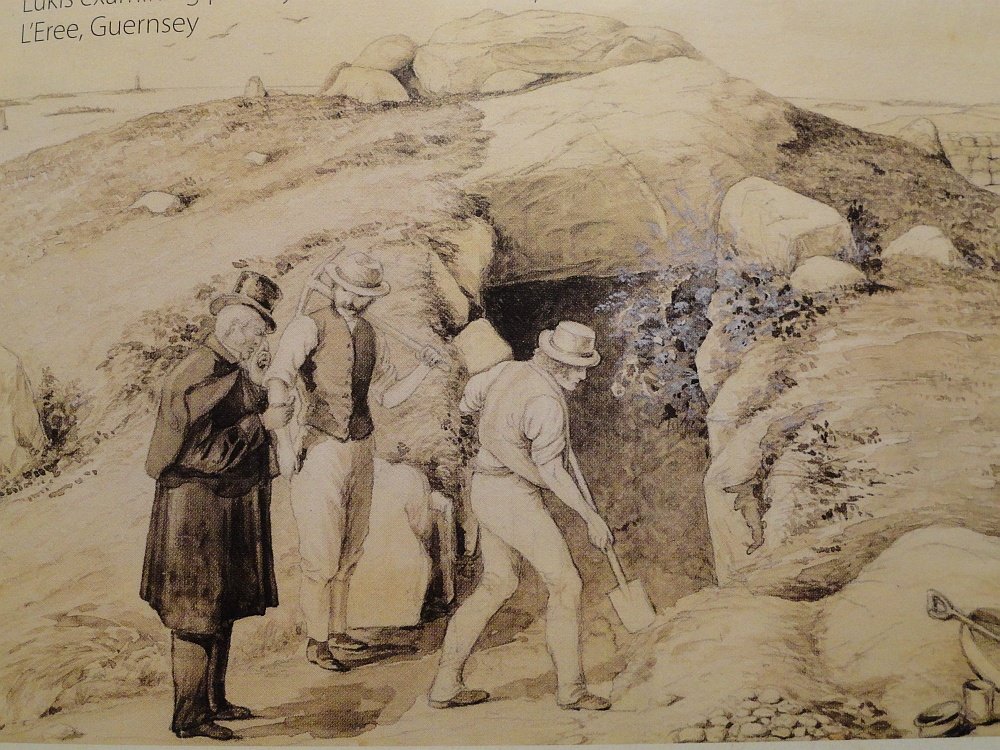 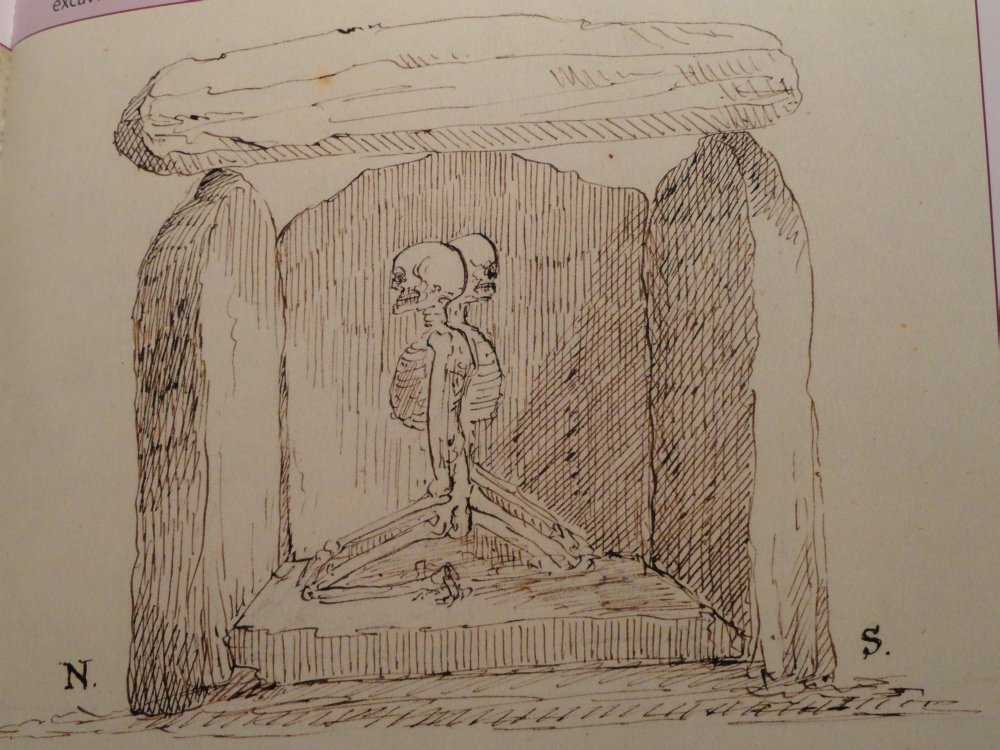