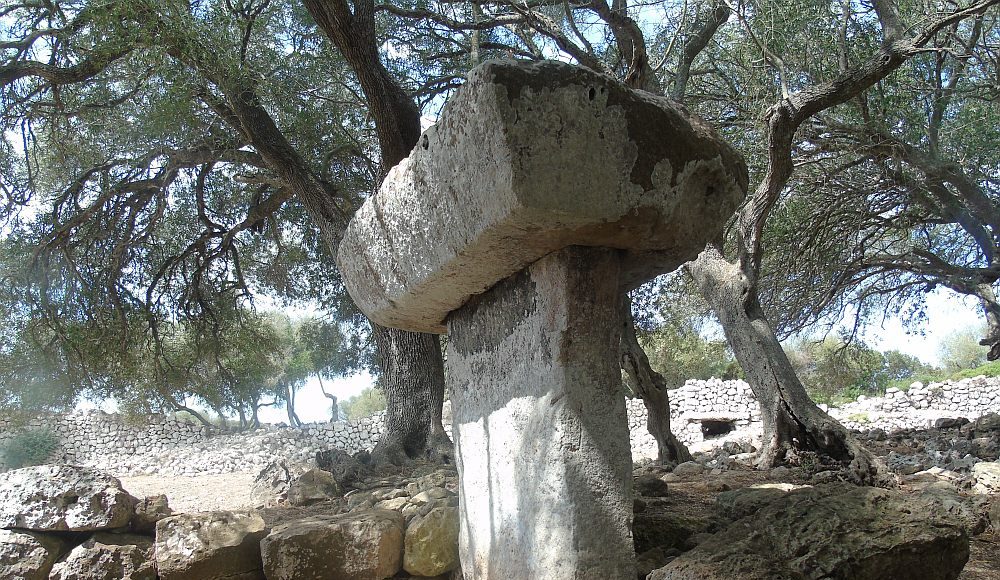 Menorca is one of the Balearic Islands in the Mediterranean Sea. It lies close to its big brother Majorca, well-known as a popular and attractive holiday destination. Menorca is perhaps less well-known and less often visited, but anyone interested in prehistoric monuments will find the island very interesting. This is the first of two articles in which I shall describe some of the local sites. This first part covers the left-hand side of the island, the second will cover the right-hand side. (See: insert weblink here)

The excursions described in this article are:

The Talaiotic settlement of Son Catlar

The Talaiotic settlement of Montefi

The Talaiotic settlement of Torretrencada

The Talaiotic settlement of Torrellafuda

A short introduction to the prehistory of Menorca.

Menorca was probably already inhabited ca. 6500 years ago. The oldest traces of human habitation are 4,000 to 5,000 years old.
Remains from the oldest prehistoric period, for example, include the 14 caves in the area around Cala Morell which were used for burial and as dwellings between 2,000 and 3,000 years ago.
One of the most famous prehistoric monuments is the Naveta d’ Es Tudons, a limestone ‘naveta’ or grave monument to the east of Ciutadella. The monument, shaped like an upturned boat, is estimated to be 3000 to 4000 years old. The naveta consists of two chambers, one above the other, separated by a ceiling of stone slabs. The human remains were laid in the upper chamber.

The Talaiotic culture arose around 1400 BC. Temple complexes were built with the very characteristic ‘taula’s’, enormous T-shaped ‘tables’ up to four metres high. These probably had a religious or ritual function. Other characteristic structures from this period are the so-called ‘talaiots’, a kind of look-out tower built of large loose stones piled up into enormous edifices. Most of these are massive, and sometimes structures with an entrance were placed next to them.
In the heyday of the Talaiotic age the island was visited by various other peoples, who were either in search of trading partners or new regions to conquer, such as the Venetians, Greek seafarers and people from Carthage. But that is another story, and I will confine myself here to the megalithic culture.

Our first excursion is to Son Catlar in the Southwest of Menorca. This is a settlement from the Talaiotic age (Bronze Age) which was later taken over by the Romans who used it until the end of the Roman period. The extremely large walled complex (870 metres in circumference) contains four talaiots (towers) and a central religious area, together with many houses and other living areas.

A naveta is a megalithic burial chamber dating from before the Talaiotic culture. They were built as a communal ossarium (a place where bones were stored). There are a number of these on the island but this is the best preserved and therefore the most visited. The Naveta d’Es Tudons was in use between 1200 and 750 BC. The lower space was used to pile up the loose bones, while the upper was probably used for drying out the recently added corpses. The structure is 5 metres high and 14 metres long. Unfortunately you cannot go inside but it is still worthwhile to walk around the outside.

Three talaiots still stand in place in the Talaiotic settlement at Montefi, together with the ruin of a fourth. There are also several hypogeums (man-made caves for the dead).
One of the talaiots. These are massive towers which were used to defend the village. 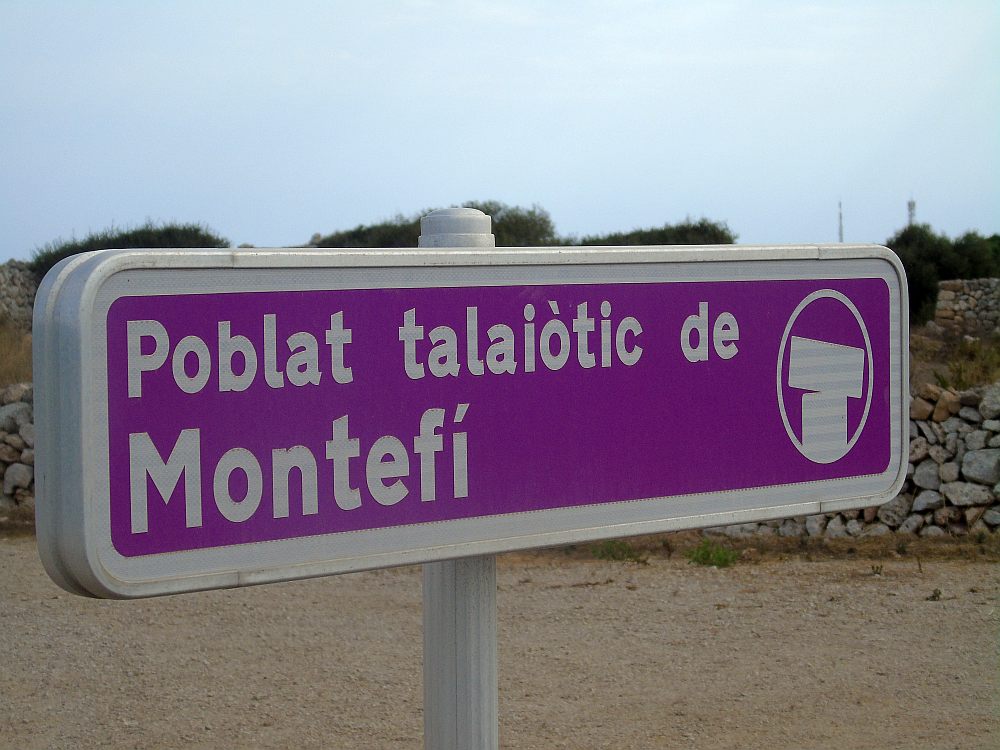 Our next visit is to the settlement at Torretrencada, a typical Talaiotic settlement with talaiots and hypogea. This one has a fine taula (a T-shaped column in the middle of the religious area). The name ‘taula’ comes from the word ‘table’ – obviously they must have been made for giants. 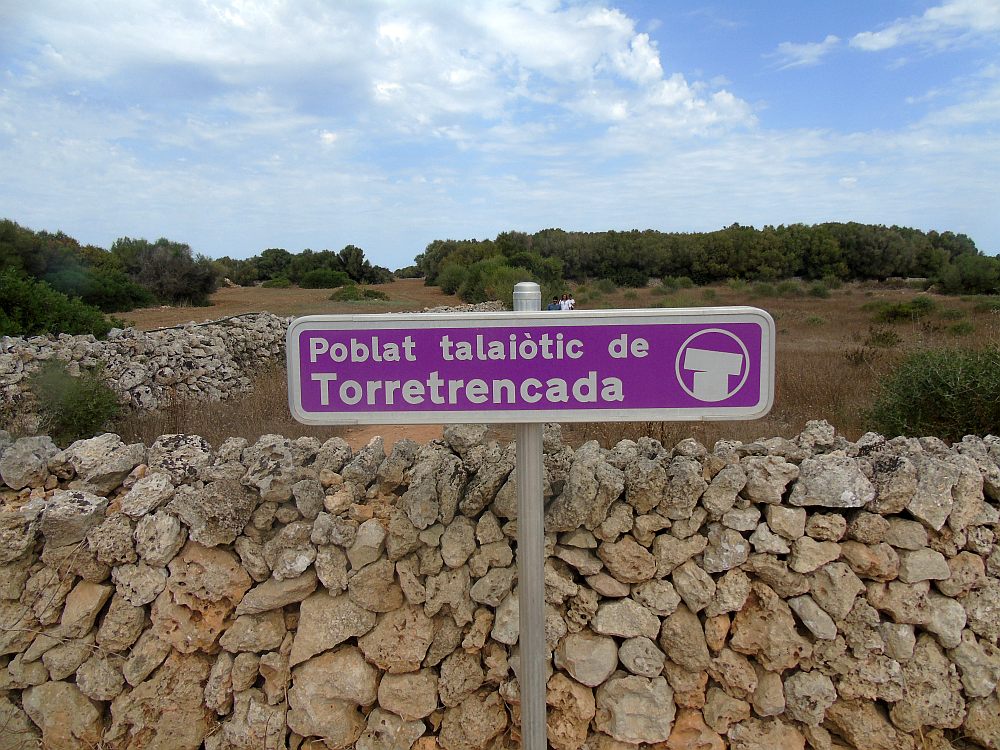 The Torrellafuda settlement is one of the most impressive in Menorca. It is completely surrounded by an enormous wall which is still largely intact. It differs from other walls on the island by its so-called ‘cyclopean masonry’ (i.e. open holes in the wall – see photos). There are various talaiots (towers) and a very well-preserved religious area with taula’s. 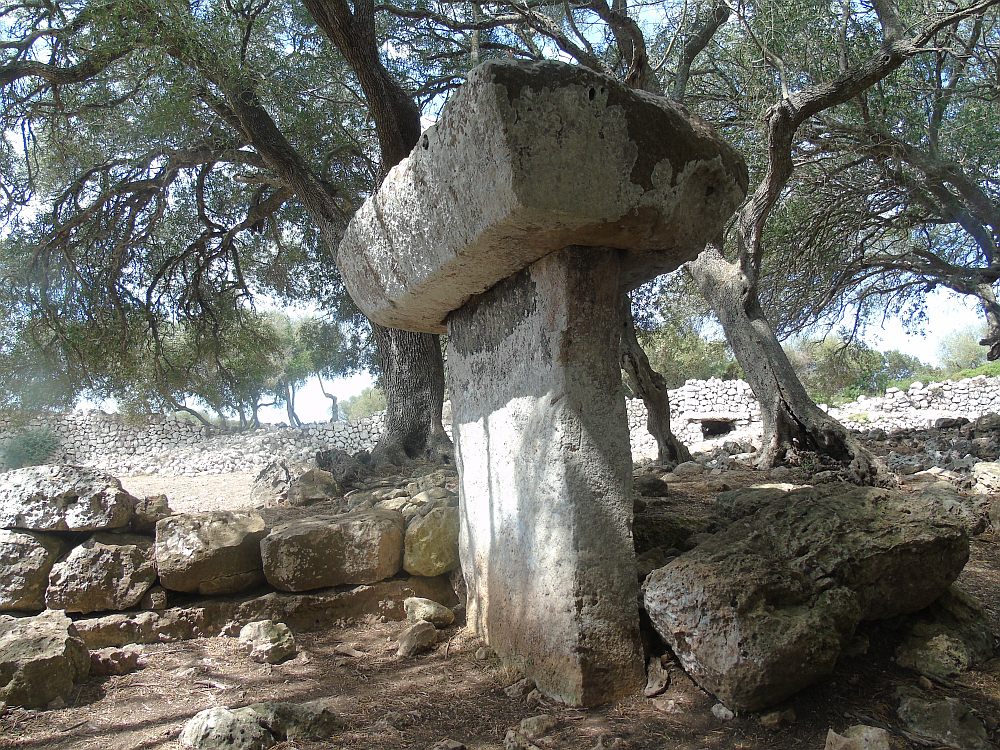 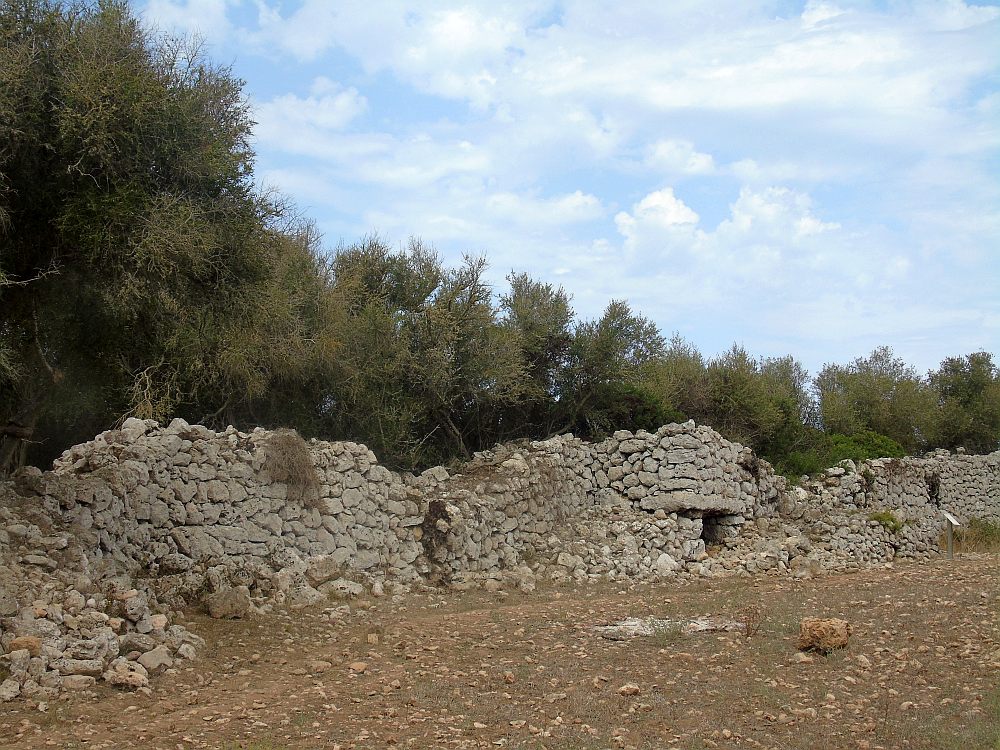 In the Northwest of Menorca lies Cala Morell. Now a holiday village, this was once a settlement dating from before the Talaiotic age. The settlement contains a necropolis or burial place with 14 caves hacked out of the walls around Cala Morell. The complex was used until the 2nd century A.D. 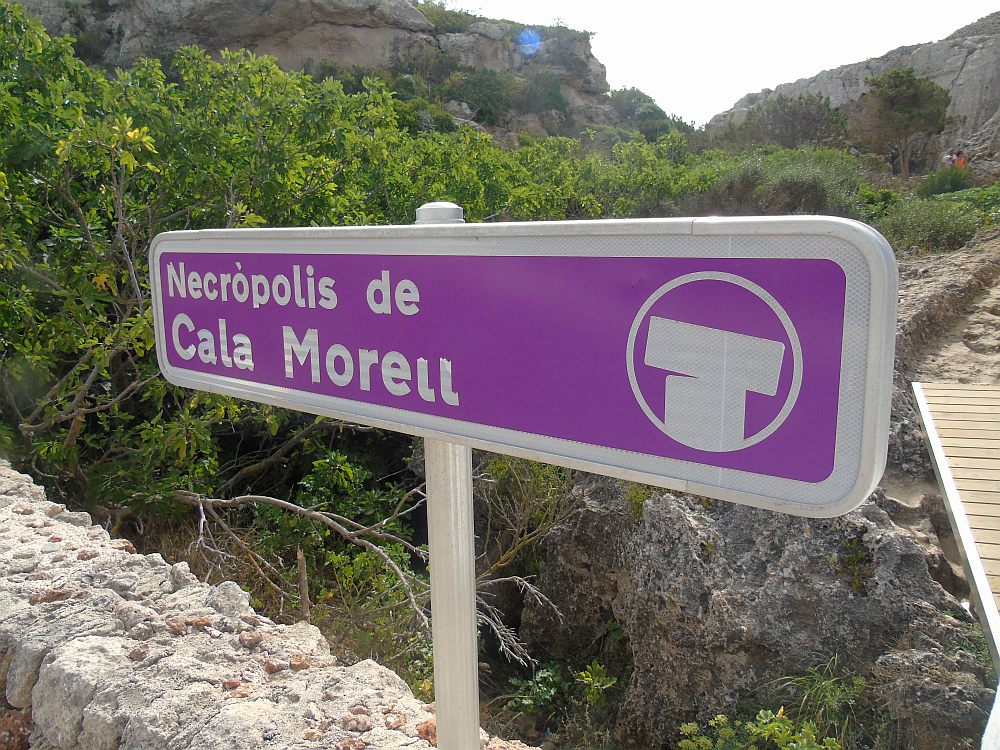 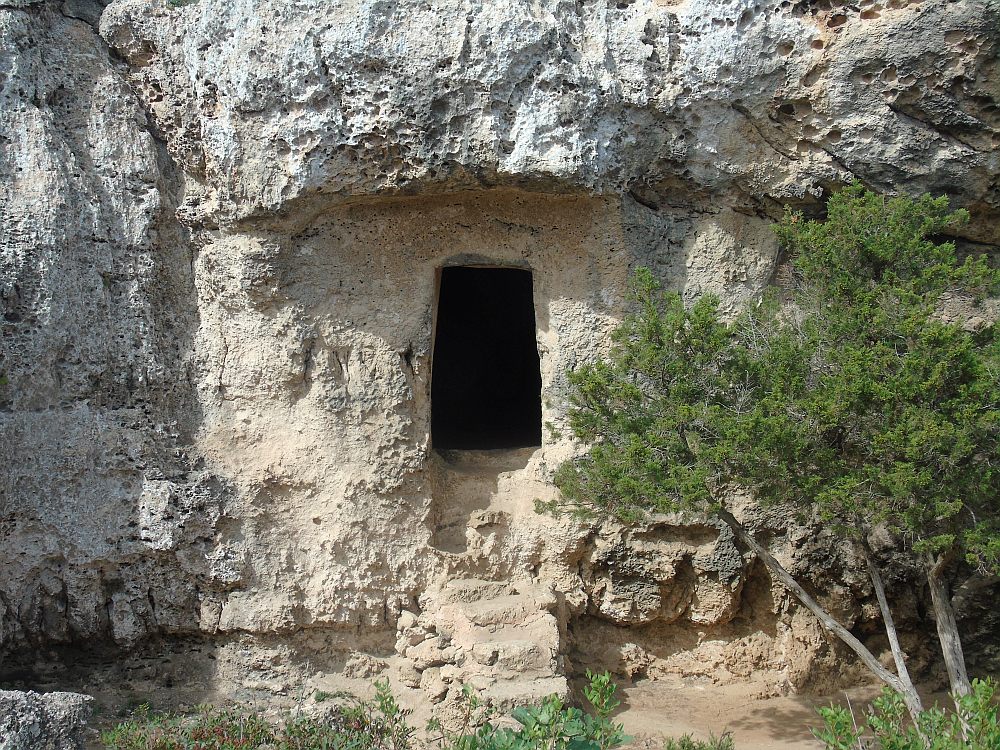 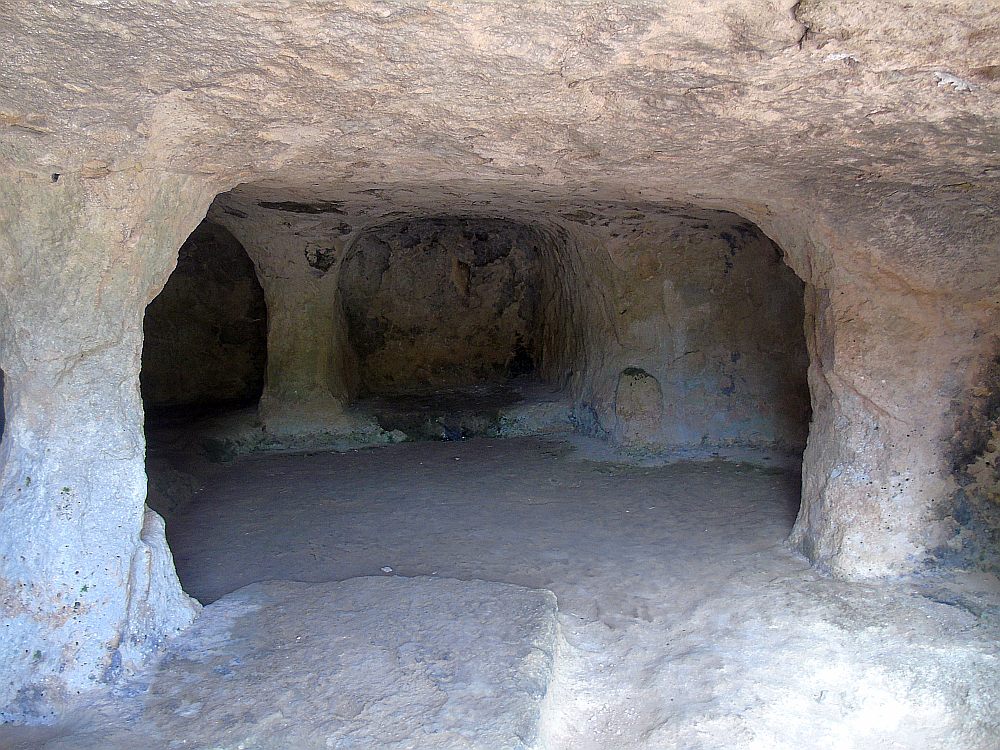 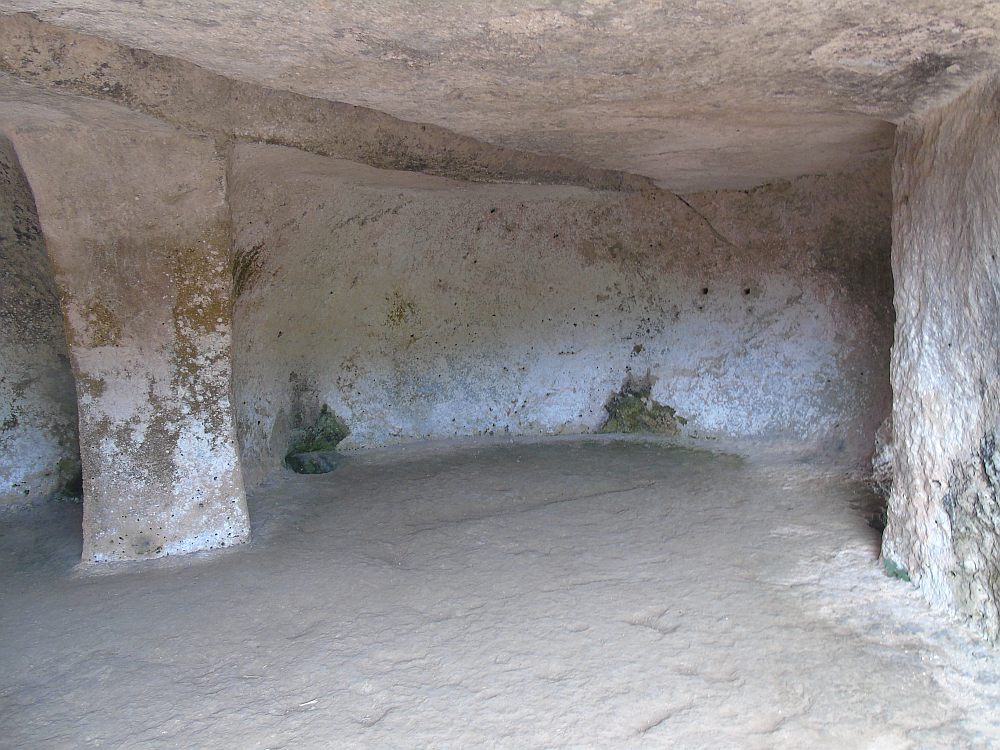 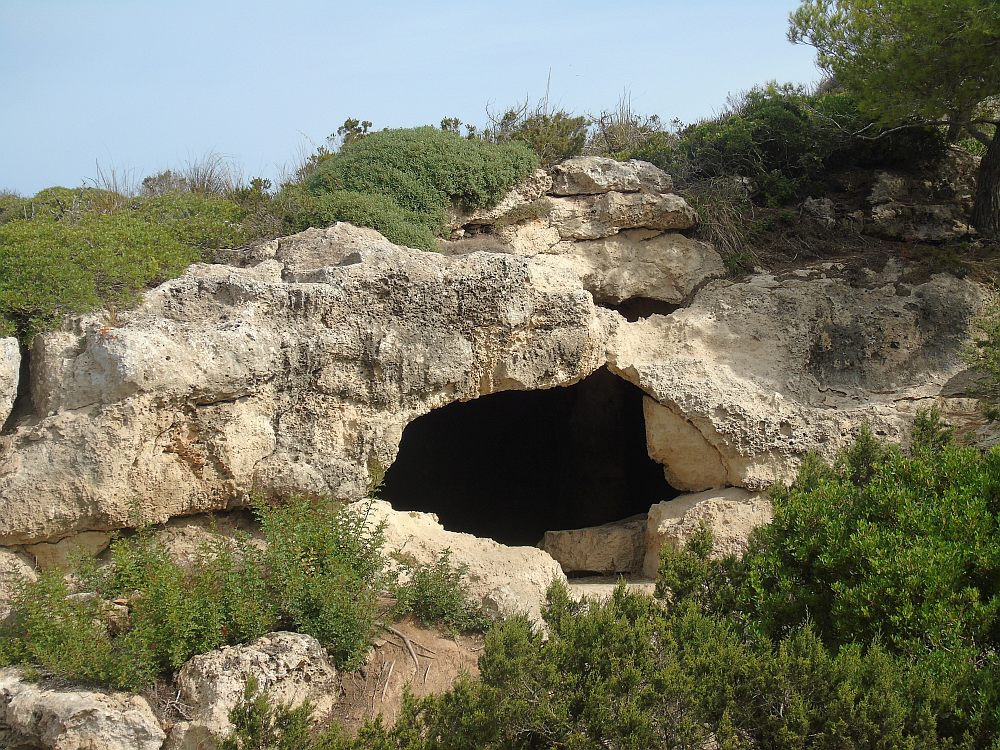 In Part 2 we shall visit the right-hand side of the island (See: insert weblink here) 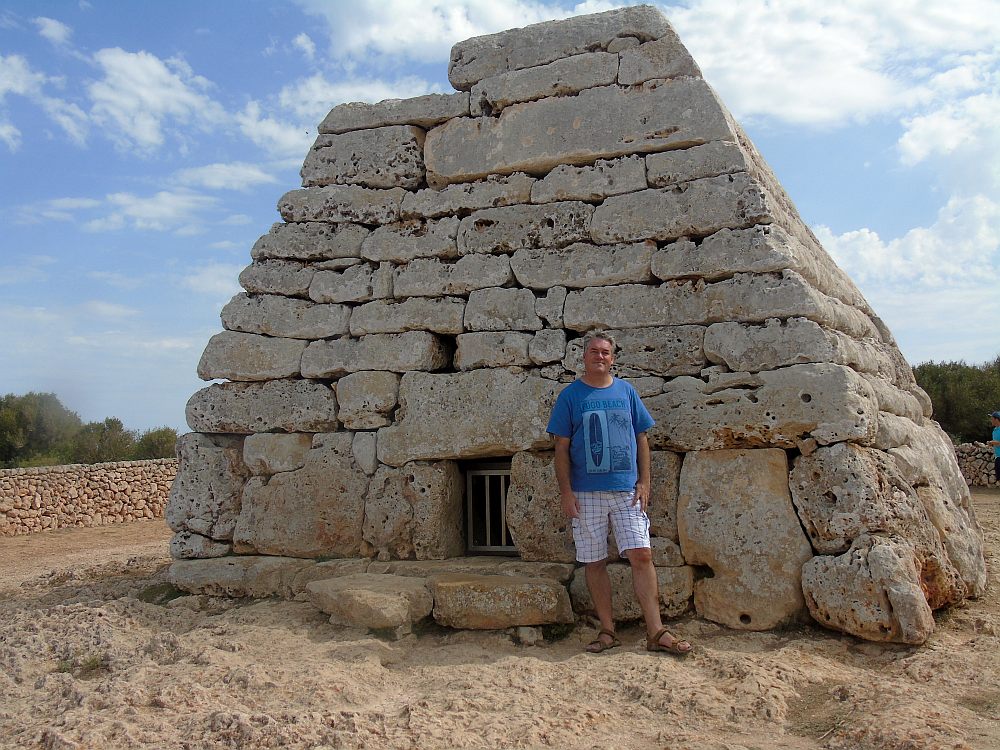