In the Netherlands there are 54 Megalithic monuments. One of them is D13. This is a very unusual hunebed. Unique of its kind. In the first place because it still (or more correctly: once more) lies partly hidden under its mound of sand, and secondly because it is a so-called step grave: the entrance to the (small) burial chamber can only be gained by a stairway of 4 steps from the top of the mound. 6 side- and two keystones are visible from above. One of the missing lintels was discovered in the village and restored to its original site in 1976. There are rumours that a second lintel lies in the ground close to the church in Eext.

By 1756 it was already known that there was a hunebed hidden under the mound. Johannes van Lier, an official in the provincial government, began digging feverishly and removed “many urns and stone blades”. When Van Giffen took a more careful look in 1927, there was not much left to find.

In 1918 Prof. Van Giffen visited hunebed D13. He found it is you can see in the picture below. Without capstones, they were still missing at that time. Later on they found them in the neighbourhood.

For more information about this and other hunebeds in Drenthe see http://www.hunebedden.nl/frntpage.htm .

Also (in Dutch only) at www.hunebeddeninfo.nl 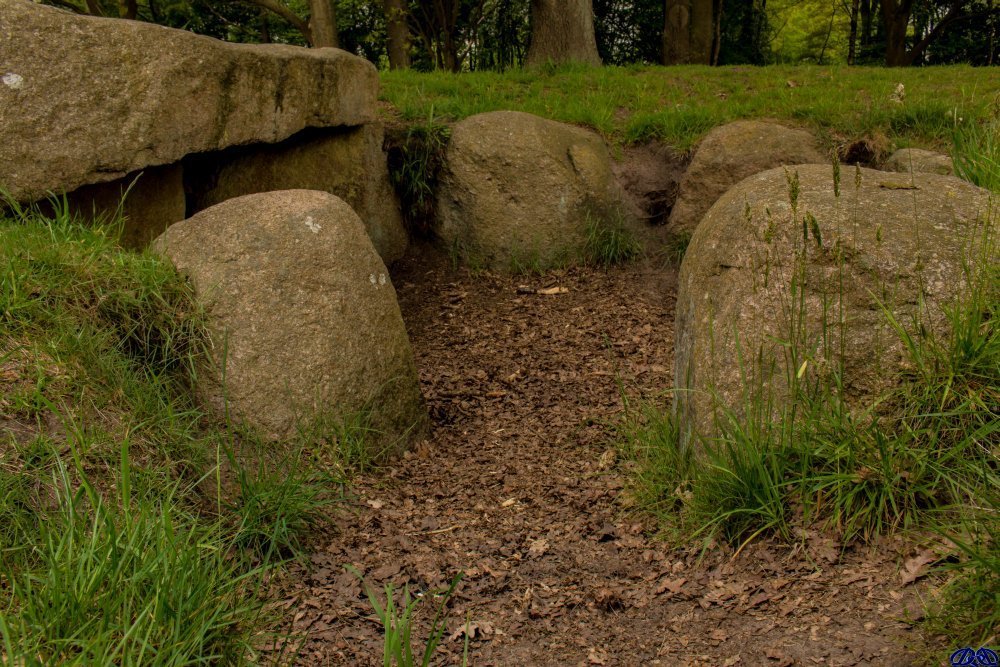 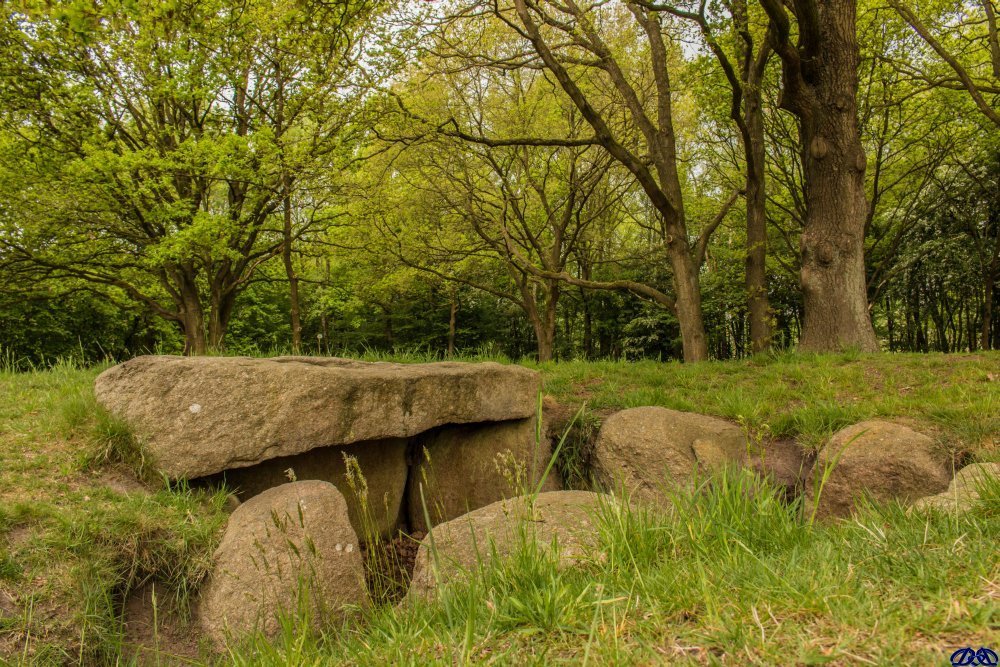 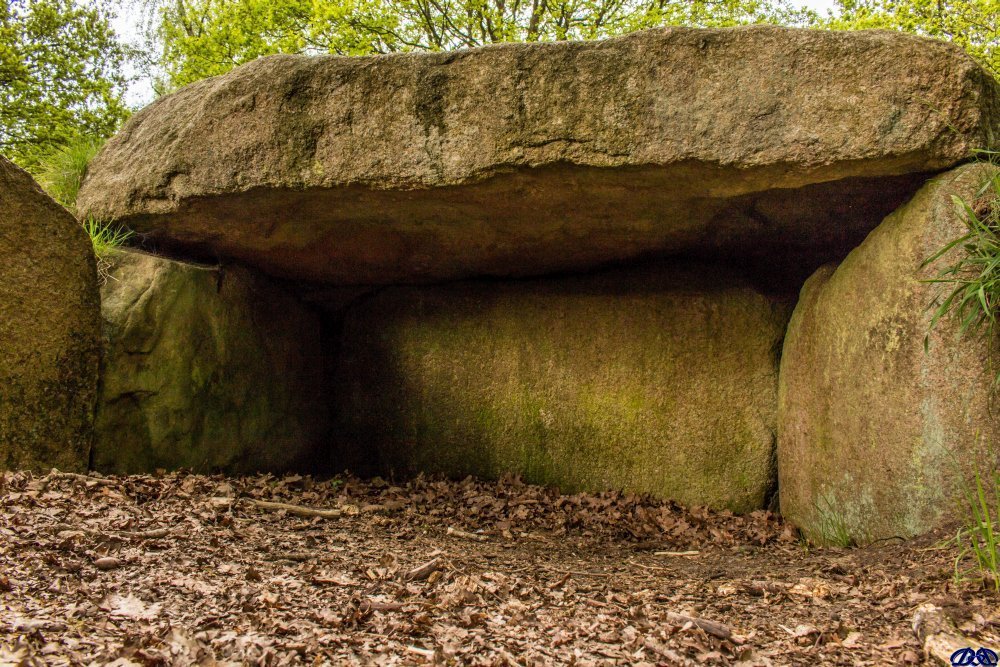