The twins D17 and 18 are perhaps the two best-known hunebeds in the country; two very large hunebeds standing close to each other, very easy to reach, and not far from Assen. They stand behind the splendid medieval church in Rolde. Park behind the churchyard and follow the well-beaten path to the site. D17 is the most northerly, D18 stands 200 metres to the south and is more attractive. D17 looks rather untidy because only one of its 8 lintels remains in place. The others have either partly or wholly slipped off their uprights or lie in fragments inside the tomb. In fact one is completely broken in two pieces. The lintel in the middle is impressive because of its enormous size. There are also 15 uprights, 2 keystones and 2 portal uprights. The oak tree next to D17 still stands, but only just. The centre was ripped out by lightning, the hollow smeared with tar and everything held together with iron pins. It is a miracle that it has survived. The entrance to the site is marked by a row of 19 solid boulders. Were these once perhaps ringstones? The boulder holding the Bronze nameplate is certainly big enough.

The existence of both hunebeds was threatened in 1847 when the monuments were put up for sale by the local Rolde parish council with the real possibility that they might be demolished. This led, first at a provincial level and then nationally, to large-scale protests. Finally in 1872, after much legal wrangling, the State bought both hunebeds for the sum of f. 150,- . This affair proved later to be of great significance: it marked the public and political turning point in favour of preserving our prehistoric heritage.

D17 and D18 stand behind the large Jacobus church in the centre of Rolde.

Giant Stones in the Field

D17 and D18 are described at length by Provincial archaeologist Wijnand van der Sanden in his book “Giant Stones in the Field – the hunebeds of Rolde”, published in April 2007.

Van Giffen found this hunebed “in a sorry state”. The 8 lintels were partly broken in pieces and pushed or had fallen into the chamber below. The 18 uprights and keystones were still in place but many were no longer upright. He mentioned the oak tree, to be seen in many pictures, and in the background ran the railway line from Assen to Stadskanaal dating from 1948. The station building still stands in Rolde.
(Source: Atlas of “De Hunebedden in Nederland”, dr.A.E.van Giffen) 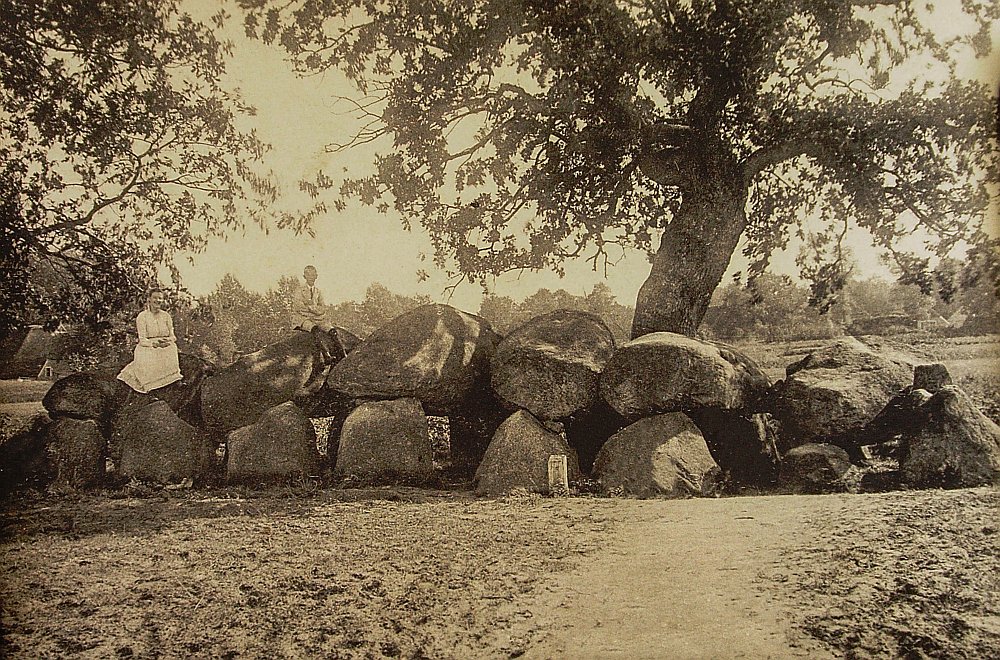 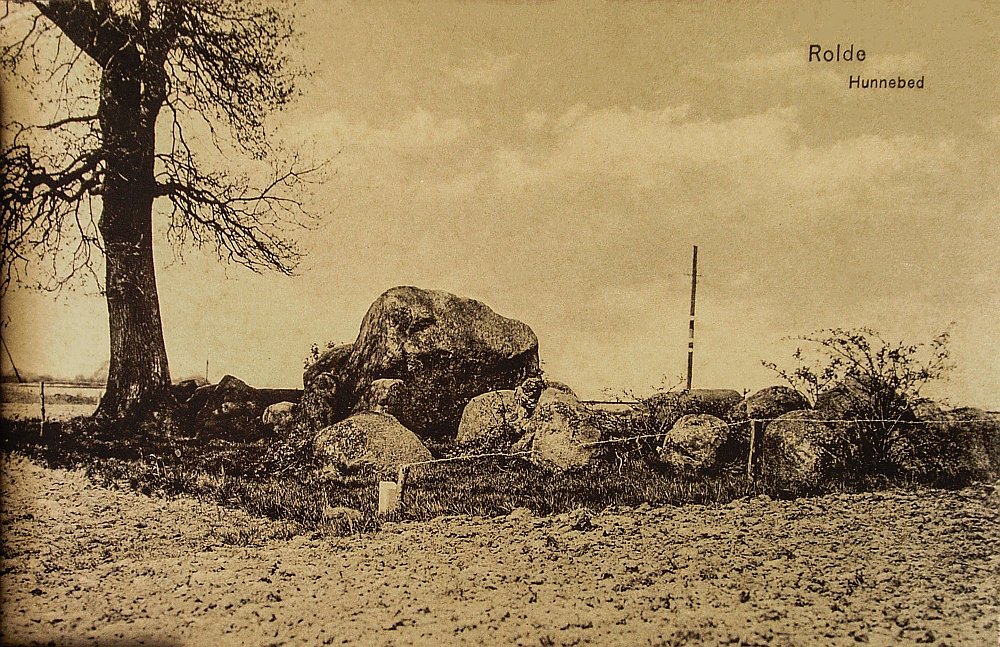 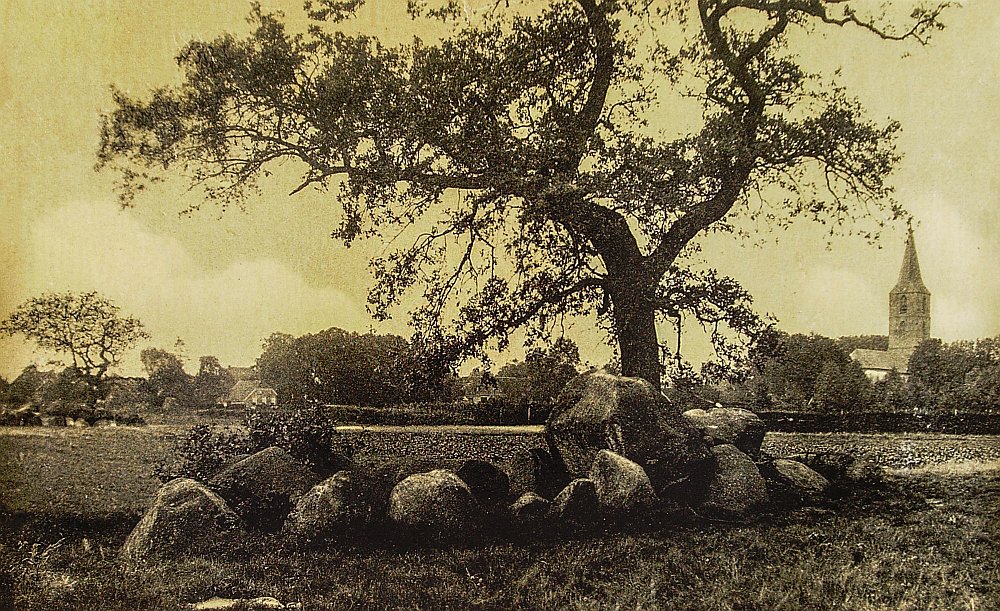 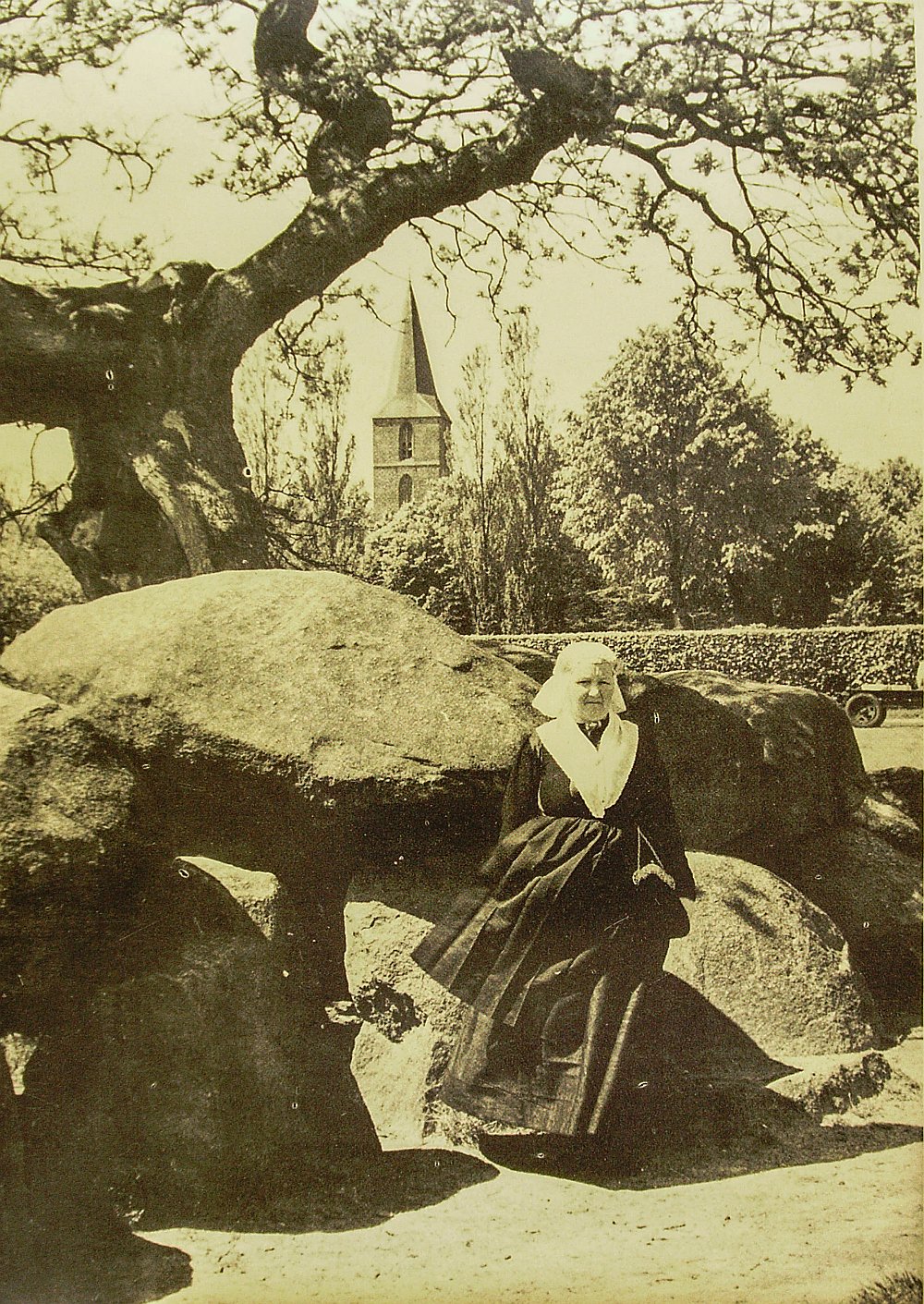 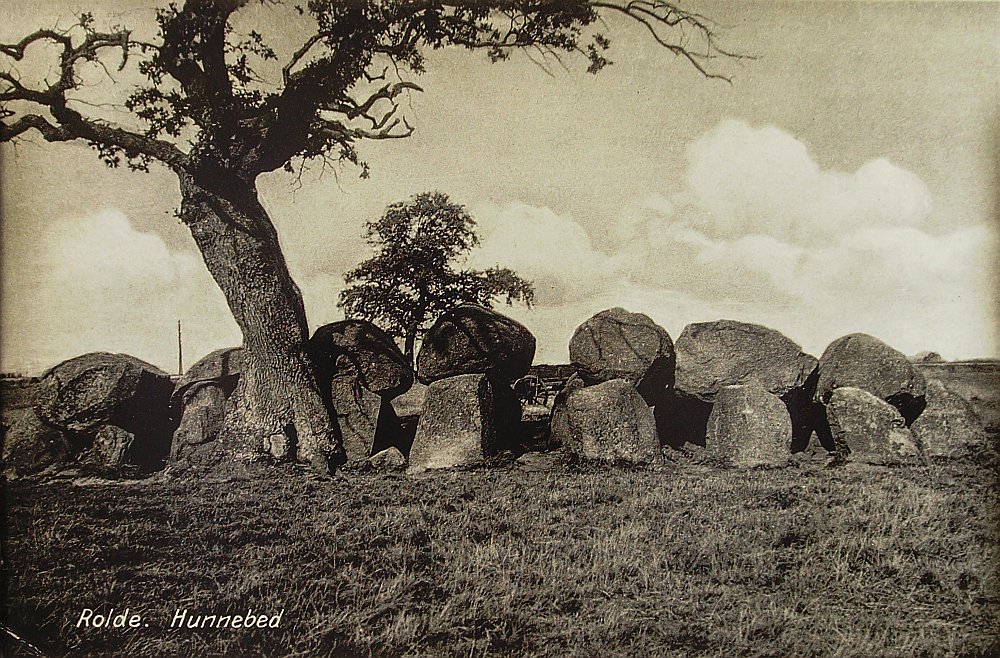 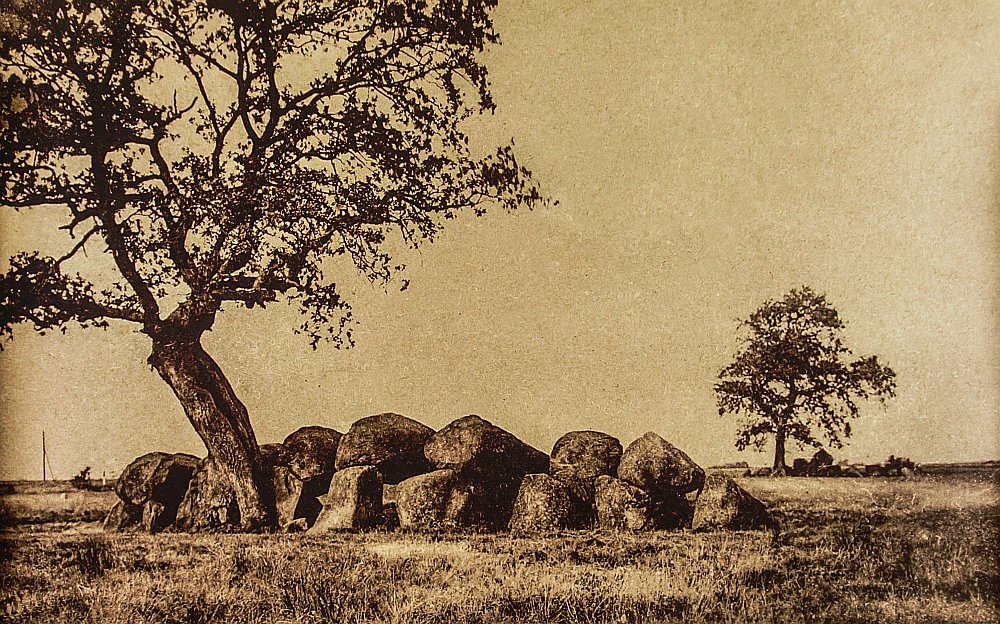 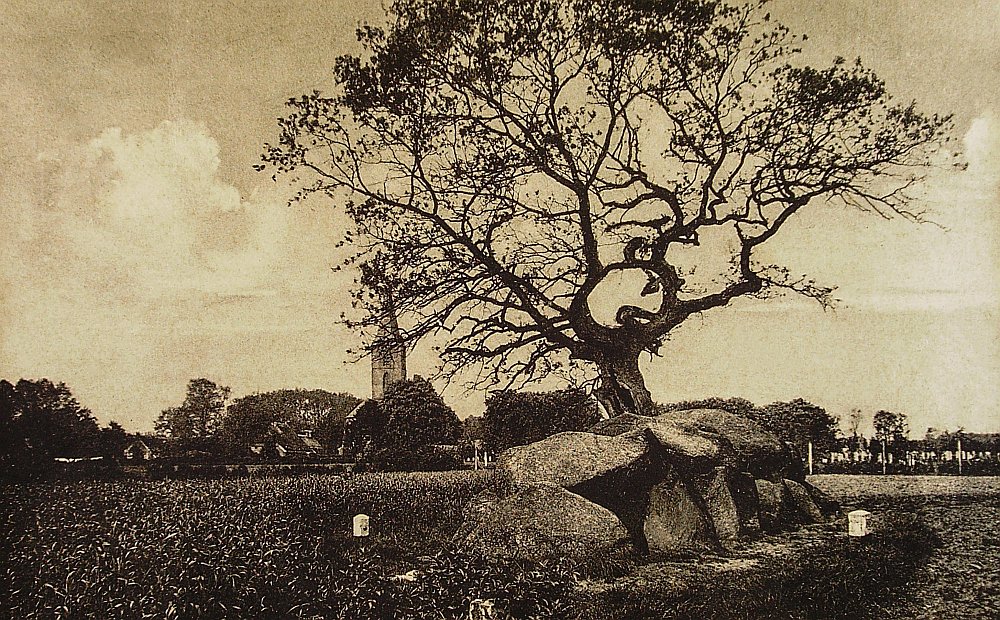