The people of the Funnel Beaker Culture must have found the area around Borger an ideal place to settle. Within a radius of 5 km there are at least 11 hunebeds, 5 of them standing near the small hamlet of Bronneger to the north of Borger. (D21 to 25). D21 is the finest and, on account of its archaeological finds, the most important. True, it has only three lintels (albeit very large ones) but what is fascinating is the impressive large beech tree which has not only taken on the role of one of the uprights but also dominates the whole scene. Of the 8 side- and 2 keystones and the single portal stone, only the tops stick out above the sand.

D21 was thoroughly examined by Van Giffen in 1918. His reward was a large haul of pottery, some pieces complete, plus shards of at least 600 other pieces. Just as in hunebeds D53 and D30, which he had earlier excavated, the base was made up of several layers. It was between these layers that the artefacts were found. Presumably, as soon as one chamber was full, a new layer was placed above it. One metre under the ground, on the floor of the tomb, Van Giffen found a missing upright which must have fallen there when the tomb was still in use. He replaced the stone in its correct position. After removing everything, an empty cellar floor measuring 6.50 by 2.20m remained. Its height varied from 1.50 to 1.70m, which means that the original tomb workers (who were shorter than us) would have been able to stand upright.

D21 has a twin: D22 stands just a stone’s throw away but is rather insignificant, having only 2 lintels, 3 uprights and 2 keystones.

Location of D21 in Bronneger

Van Giffen counted 3 “heavy” lintels, supported by 8 uprights and 2 keystones. He thought 1 keystone was missing but in fact it had fallen into the tomb. He also later found a portal stone. He remarked on the two 2 striking trees: a beech on the left and an oak on the right. The oak was later removed but the beech is still there and is even more impressive now than it was then. The hunebed was purchased by the State in 1870.
(Source: Atlas of “De Hunebedden in Nederland”, dr.A.E.van Giffen) 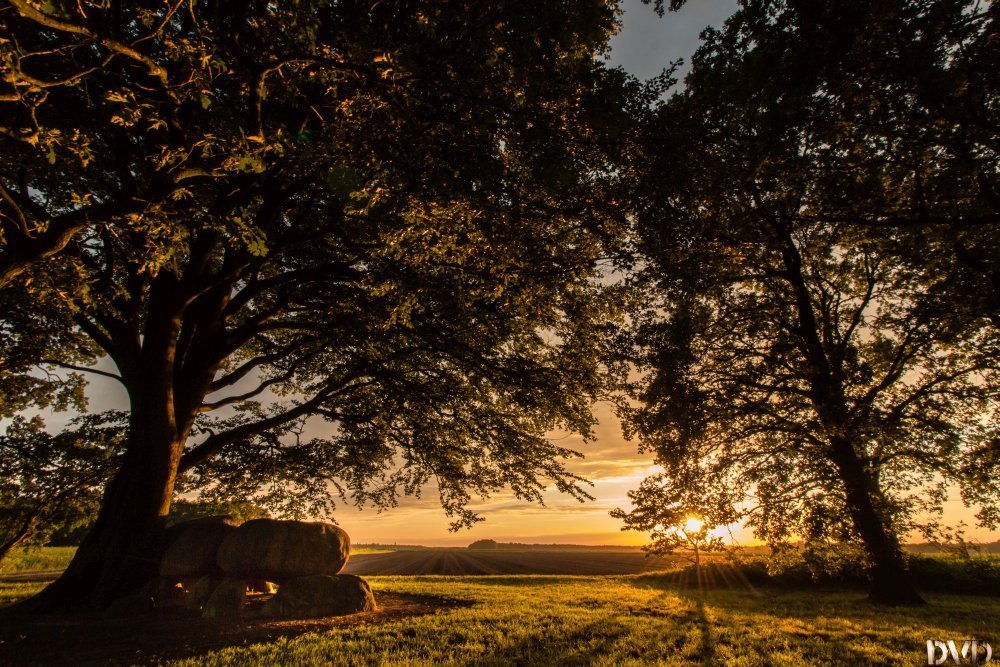 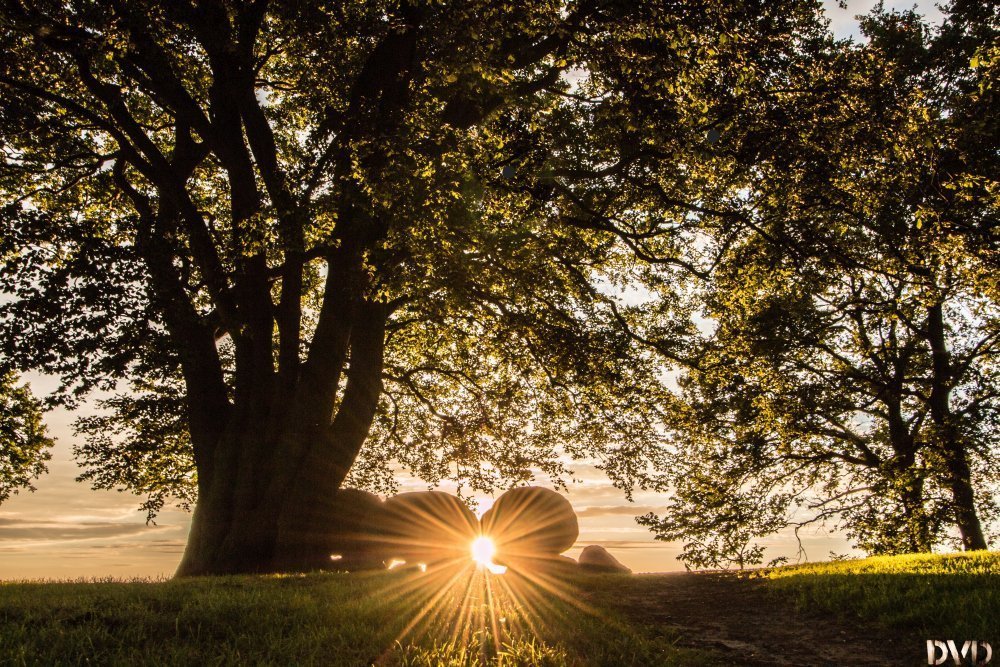 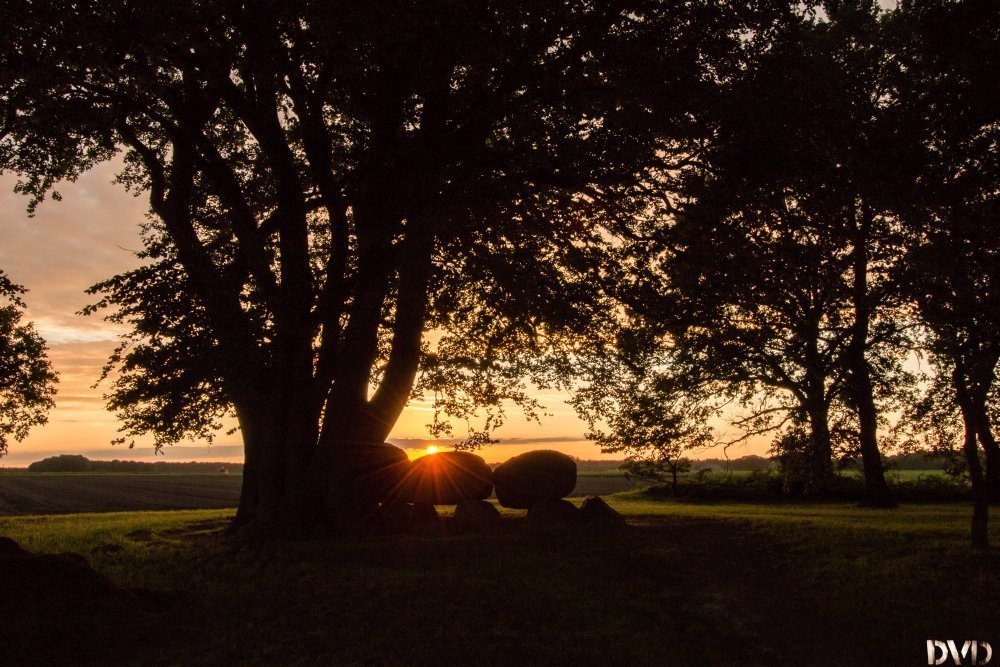 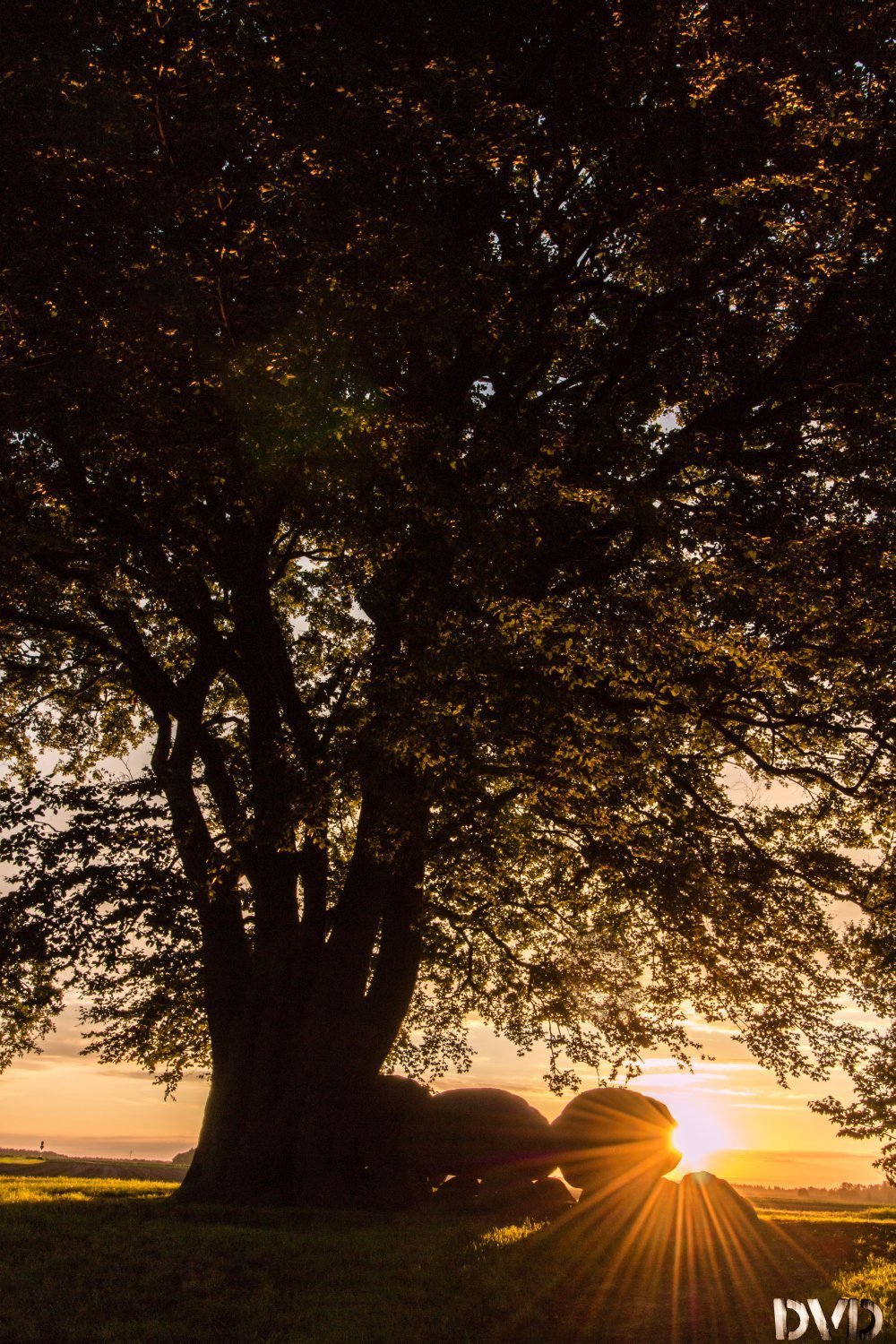 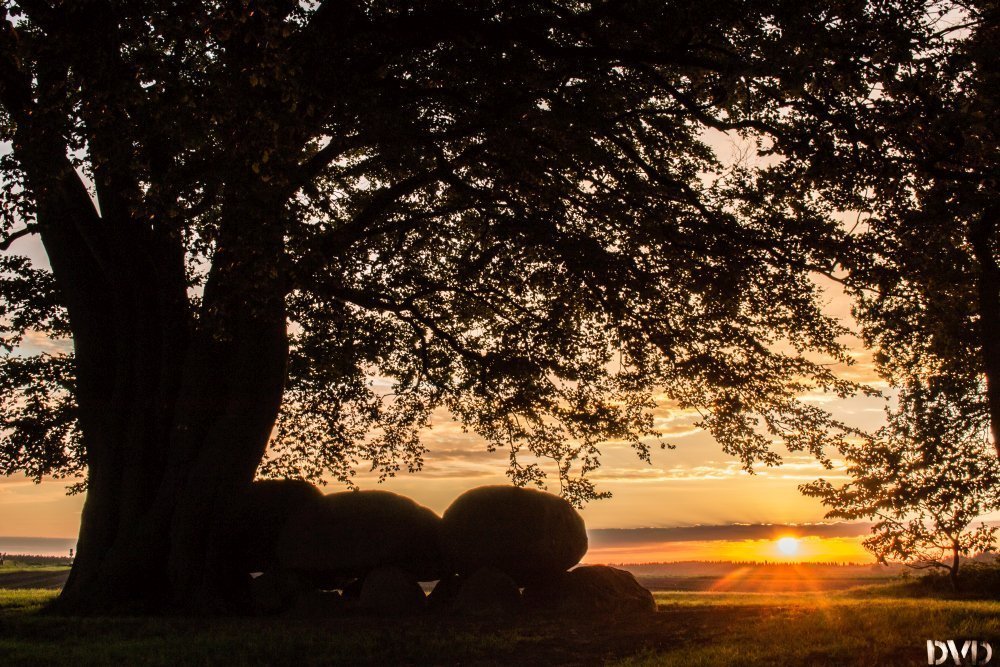 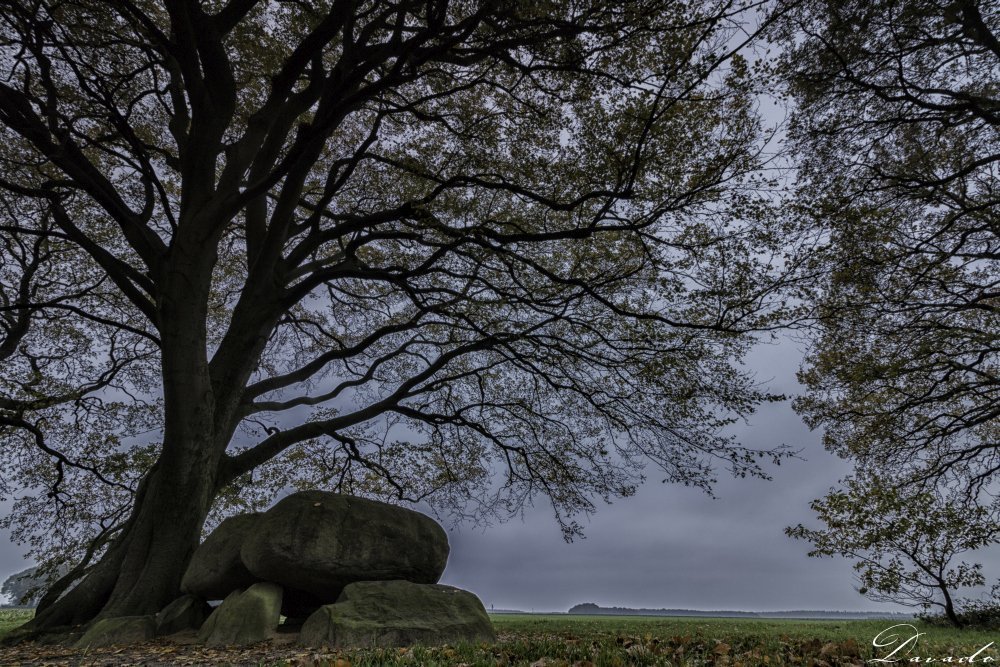 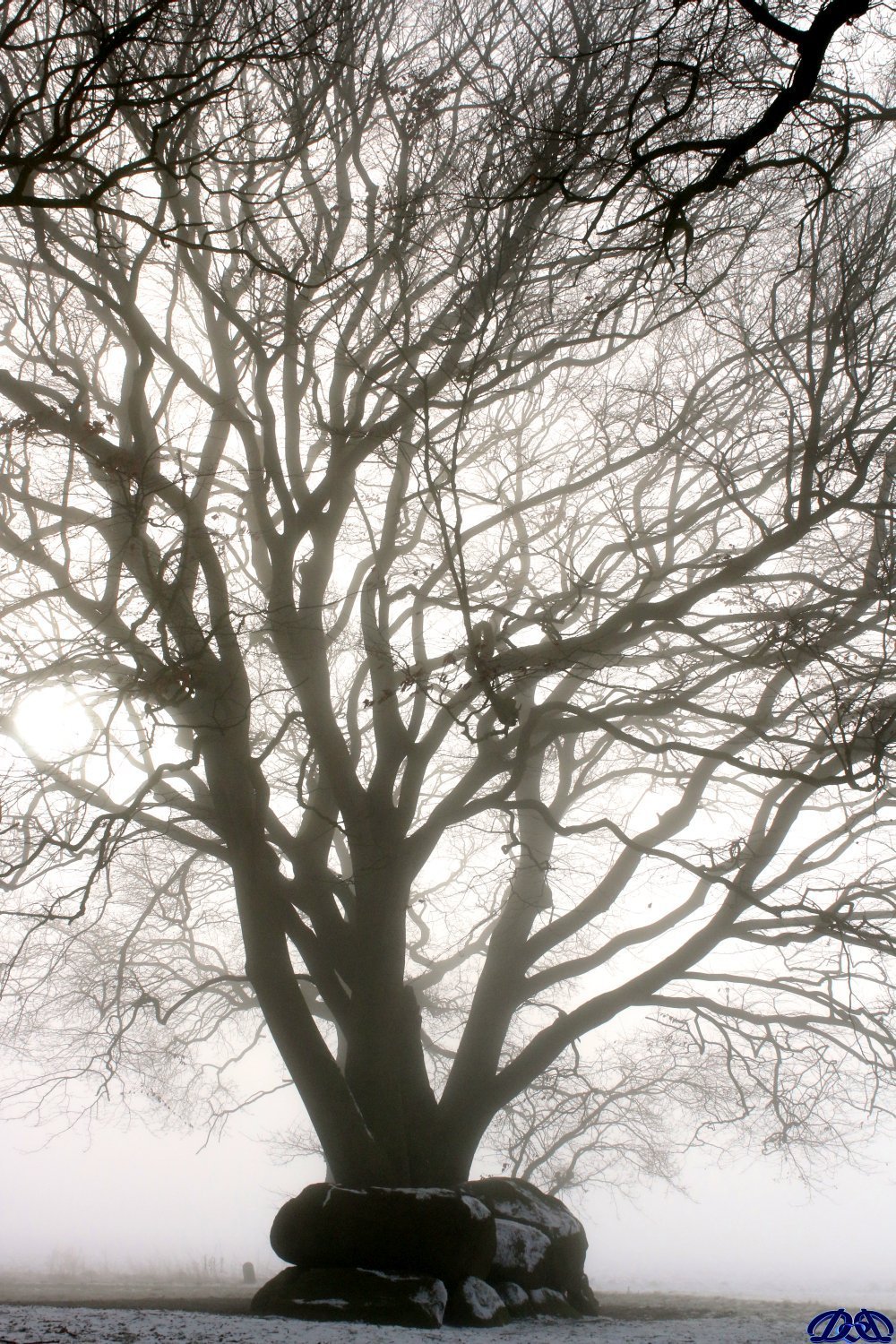 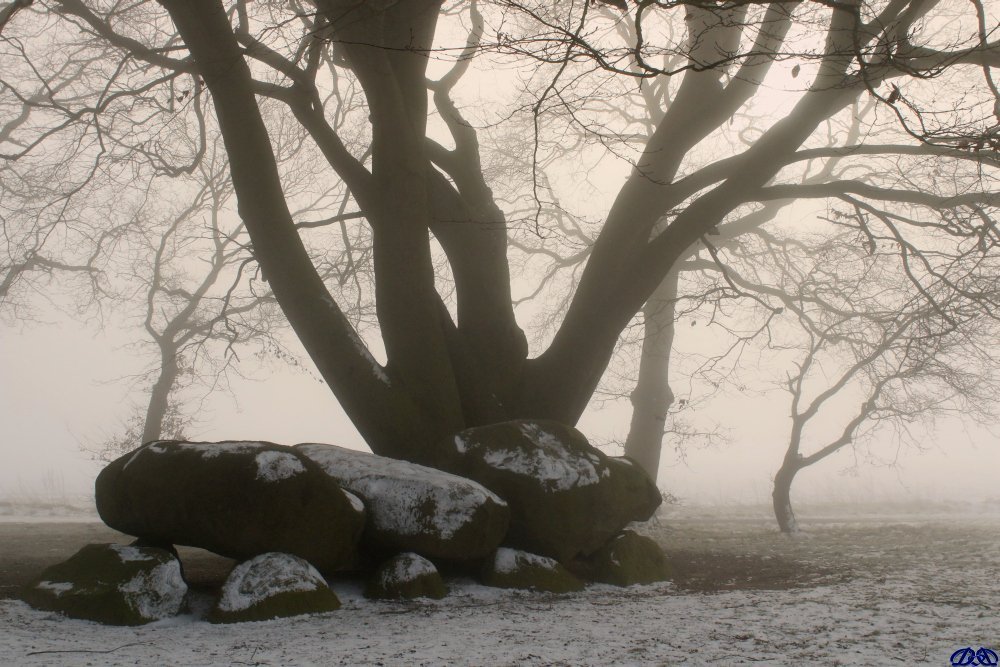 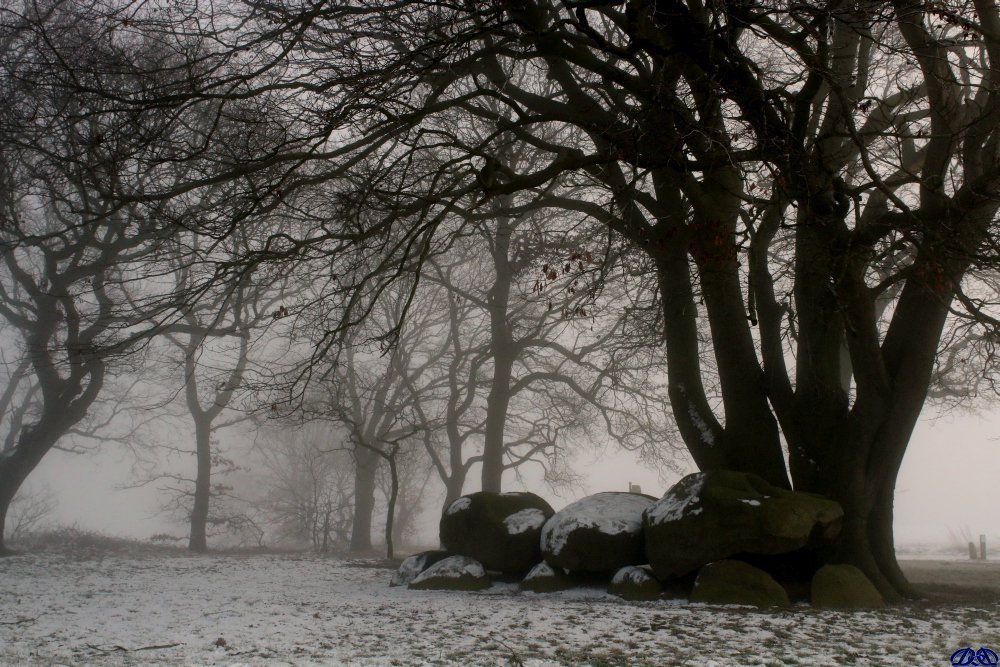 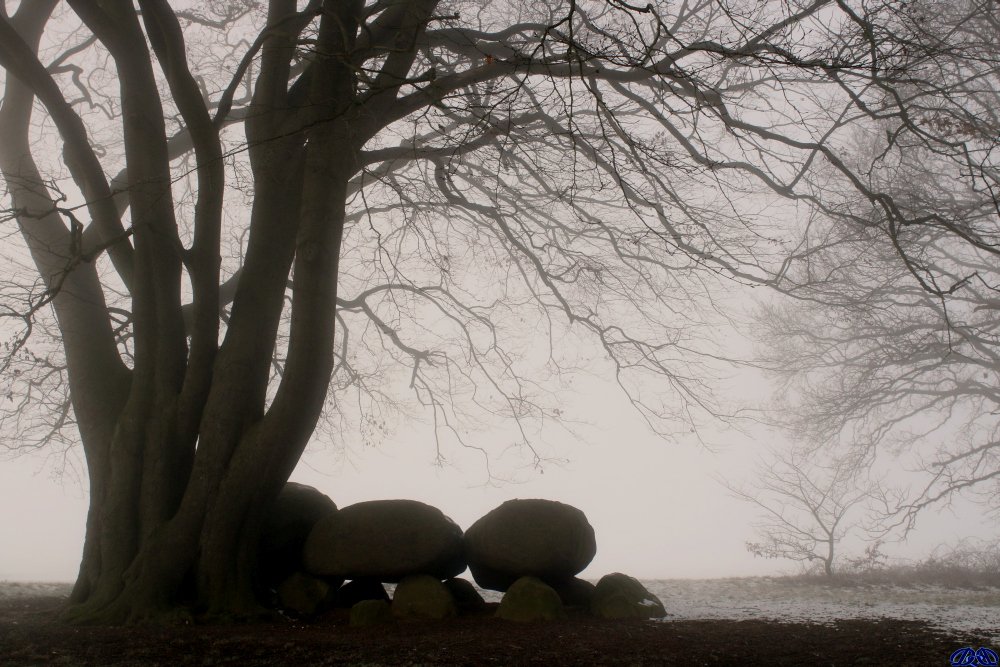