Because of its unusual position, this hunebed and its neighbour D3 form one of the most remarkable hunebed sites in Drenthe. Despite standing by the side of the road, they are not immediately visible. You have to follow the signs to a narrow path that squeezes between two small dilapitated farmhouses and only then do you come face to face with the large green lichen-covered lumps of stone. Only then can you see that these are two hunebeds standing ‘head to tail’ one after the other along the path by the wall of the building.

Although almost complete, with all of the lintels and all but two of the uprights being present, these two hunebeds have never been restored. Only the cracks in the lintels have been filled with cement. Of the 13 lintels, 12 lie between the uprights which are themselves also out of position. Nevertheless they make a pretty picture, not least because of the wildly shaped branches of the old oak trees which partly spread out above the stones. Hidden in the hedge along the approach path stands the stone which once bore a bronze nameplate. Placed by Prof. van Giffen, these nameplates seem to have become collectors’ items and most have sadly now disappeared.

Location of hunebed D4 in Midlaren

One of the characteristic farmhouses was bought in 2001 by “Het Drentse Landschap”, the organisation which is responsible for a number of hunebeds. This has guaranteed the future safety of this atmospheric farmstead. During the restoration in 2003 a relatively intact dish from the Funnel Beaker Culture was found under the floor of the barn, as well as a so-called ‘clearance pit’ containing many pottery shards. (Old objects were often cleared out to make room for the next generation).

Van Giffen found this hunebed “in a disturbed state”. That is true because all 7 of the lintels had sunk down into the chamber. That is still the case because the hunebed has never really been restored. Apart from 1 sidestone and 1 portal stone, the monument is almost complete. And then of course you have its unique setting: “just by a house on the sandy track”, which is also still the case. Furthermore, it is no longer possible to take the above photo, because another farmhouse now stands in the way (this was completely restored in 2004).
(Source: Atlas of “De Hunebedden in Nederland”, dr.A.E.van Giffen) 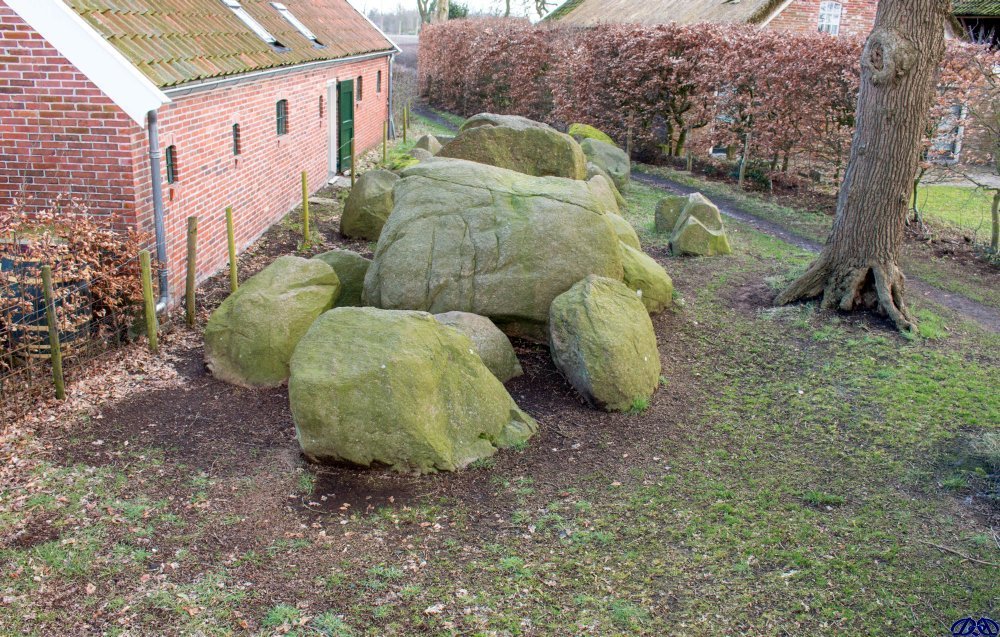 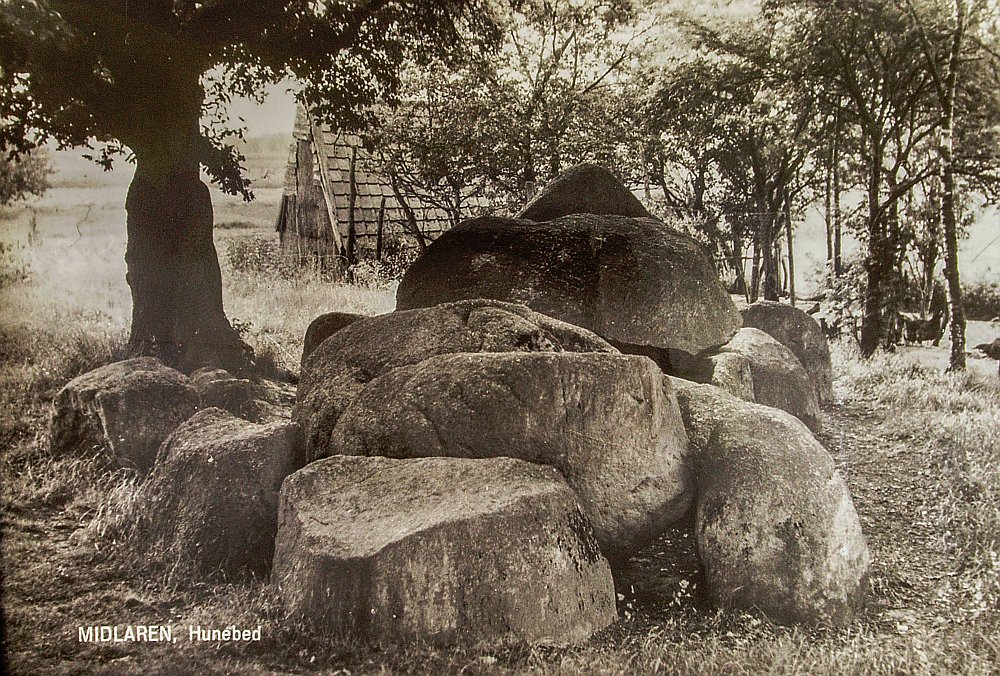 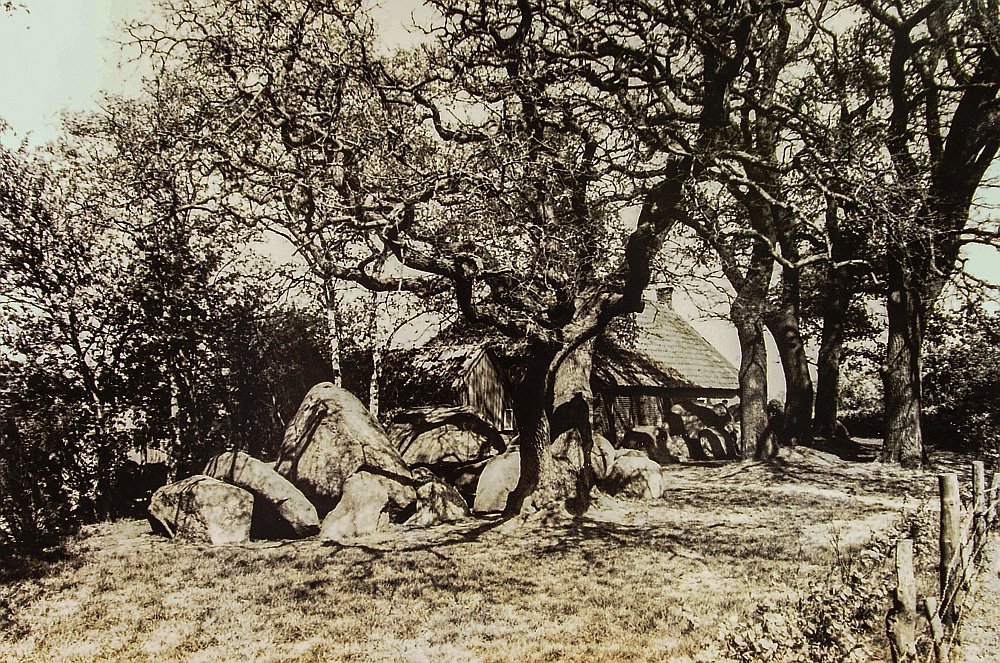