Throughout history there have been many peoples who built structures out of large stones. Well-known examples include the hunebeds in Drenthe, Stonehenge in England, the pyramids in Egypt, the temples of the Inca’s and the Maya’s, and the standing stones at Carnac in Brittany. In some places people carved buildings out of the rocks as in Petra in Jordan. Another fine example of this type of building is at Lalibela, a very isolated place of pilgrimage in the rugged Lasta Mountains of Ethiopia.

In the 13th century King Lalibela of Ethiopia travelled to Jerusalem. During his visit he was inspired by the churches he saw there and, when he returned to his birthplace many years later, he decided to carve churches out of the cliffs. In fact they are not just carved but hewn out of the solid rock with their roofs at ground level. The place, which is named Lalibela after the king, is sometimes known as the 8th Wonder of the World. There are 11 churches in total and since 1978 they have been listed as a UNESCO World Heritage site.

The complex consists of 3 groups:

The northern group:
• Bete Medhane Alem (House of the Redeemer of the World), the largest monolithic structure in the world and perhaps a copy of the Saint Maria of Zion Cathedral in Aksum, another UNESCO World Heritage site in northern Ethiopia. The church contains the sacred Lalibela Cross, 60 cm long and weighing 7 kilos, thought to date from the 12th century.
• Bete Ghenettea Mariam (House of Maria), probably the oldest of all the churches
• Bete Golgotha, said to contain the tomb of King Lalibela
• Selassie chapel
• Tomb of Adam 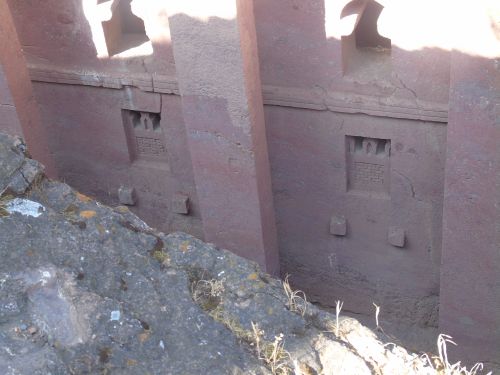 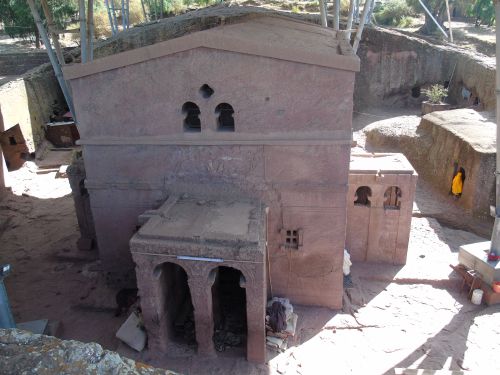 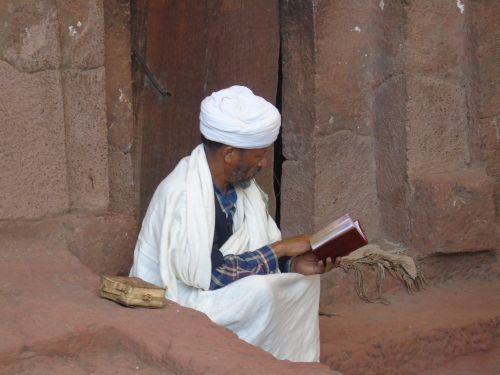 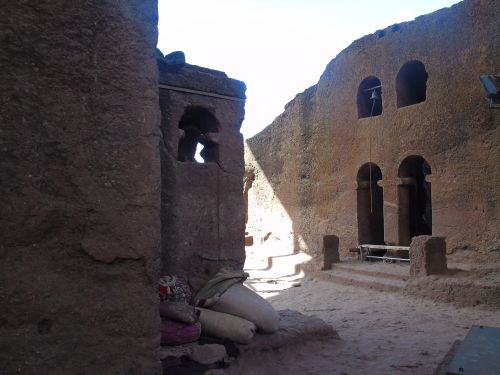 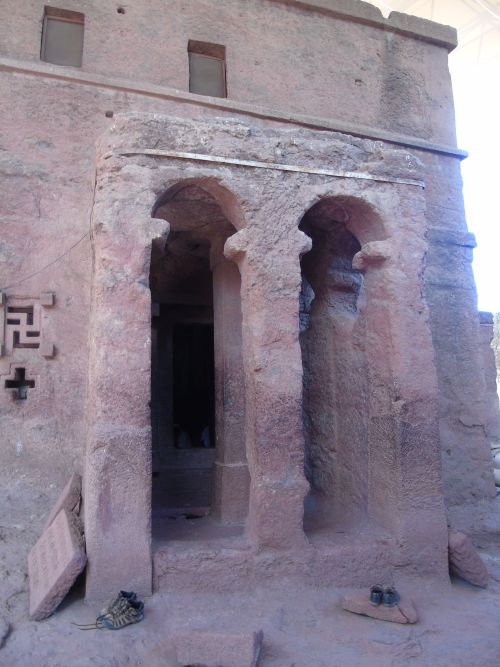 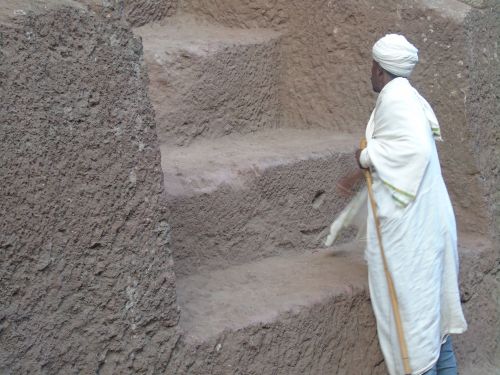 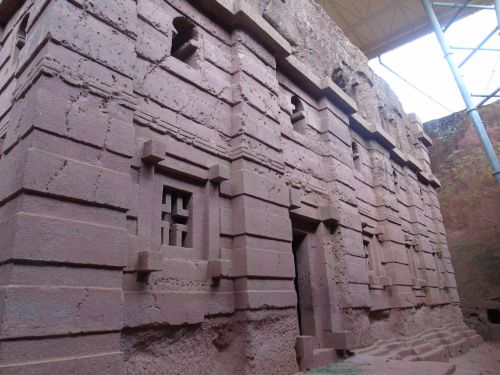 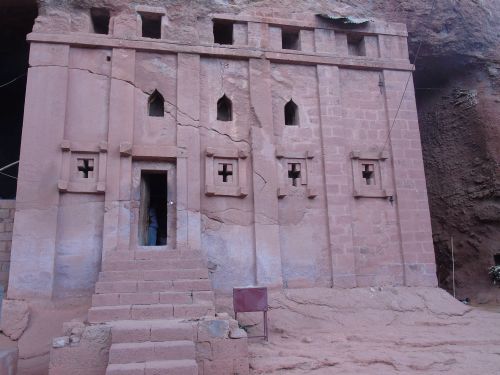 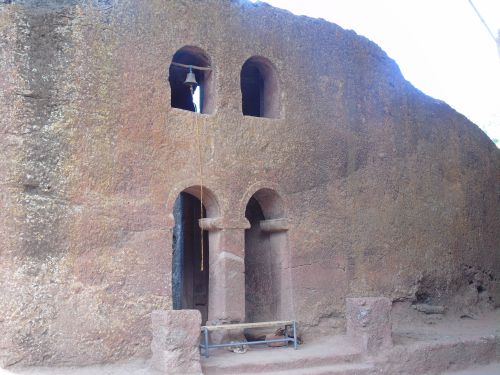 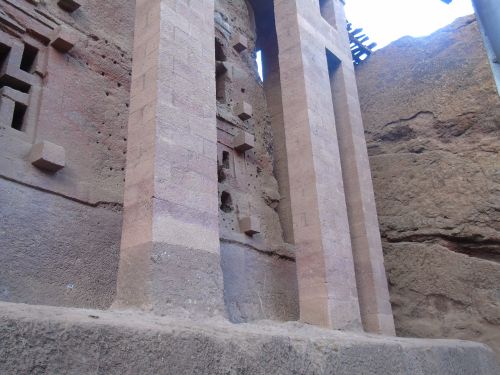