Home english articles Prehistory is sometimes not so far away 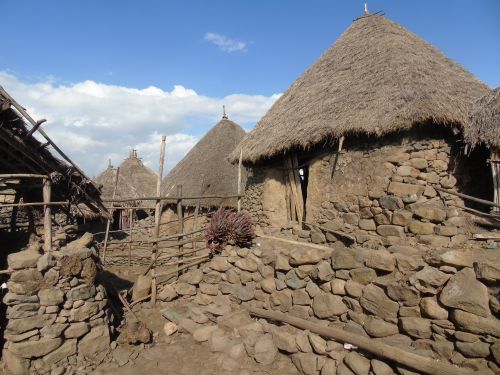 Sometimes you stand in a place where prehistory is almost tangible. The first time I experienced that feeling was in the 1990’s when I visited the Baliem Valley on Irian Jaya in Western New Guinea, Indonesia. There the people live in huts which can be compared with those which we in Europe now build in our prehistoric open-air museums.

Recently I experienced the same feeling on a journey to Ethiopia. We travelled through small villages with houses which looked like the ones which we recently built in the Prehistoric Park near the Hunebed Centre in Borger in the Netherlands. The land was farmed in a similar way, the houses were built of stone, mud and reeds, the animals lived in the same houses where the people lived and slept, and the pots used to store their food were made of baked clay. When you see things like that, you realise that prehistory is not so far away. In fact, it’s only a six hour flight! That really makes you think ……..