Home All Hunebeds The largest hunebed in the Netherlands, D27 in Borger English 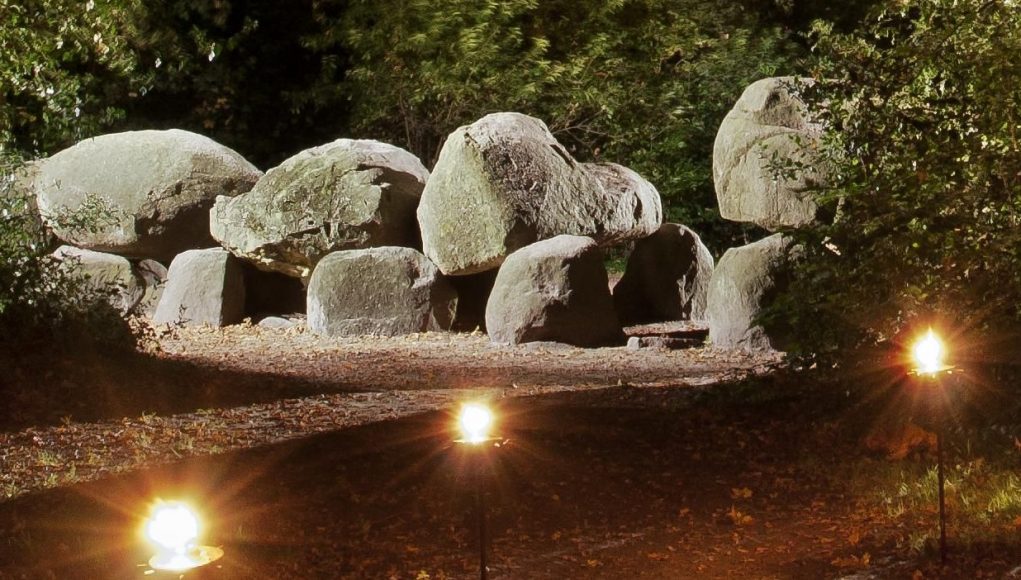 Right next to the Hunebed Centre in Borger stands D27, at 22.6 metres the largest hunebed in the Netherlands. It also contains the largest stone ever found in a Dutch hunebed, with an estimated weight of 20,000 kilos. This is also the first hunebed that we know to have been excavated, as early as 1685. Actually this was only in one small corner and the greater part was spared. Since then it has fascinated both archaeologists and tourists and is visited by an estimated 200,000 people every year. Nobody knows what secrets the hunebed conceals. The underground chamber has been sealed for many years and it will be a long time before anyone is allowed to dig here. But even without excavations, D27 remains a special part of Drenthe.

The hunebed was built somewhere around 3400 BC, making it about 5400 years old. With its 9 lintel stones, 28 upright supporting stones, 5 gateposts and 2 ring stones, and a length of 22.6 metres, this is the largest hunebed in the Netherlands. The plugstones – the stones which filled up the gaps between the larger stones – and the sand with which the hunebed would originally have been covered, have disappeared over the course of time.

Visit of Professor Van Giffen in 1925

Van Giffen thought that this “largest and proudest burial monument” was worthy of a more suitable setting than the “small park” which he described here. In that respect he has now had his way! A detailed description of all 47 stones which he found is too long to repeat here. But in brief: all 9 massive lintels were present, although only 2 in their original place; at least 22 side-stones and keystones, most still in place; and a complete portal of 4 uprights and 1 lintel. Particularly remarkable is his observation that the 5th and 6th lintels are two halves of a single boulder! He found no traces of a covering mound or surrounding ring of stones, but thought that these must almost certainly have originally been present. In 1869 the nation bought this monument from the community of Borger.

All hunebeds are scanned in 3D by the Groningen Institute of Archaeology. See here the results.

Below are some more beautiful photo’s taken by a number of photographers. 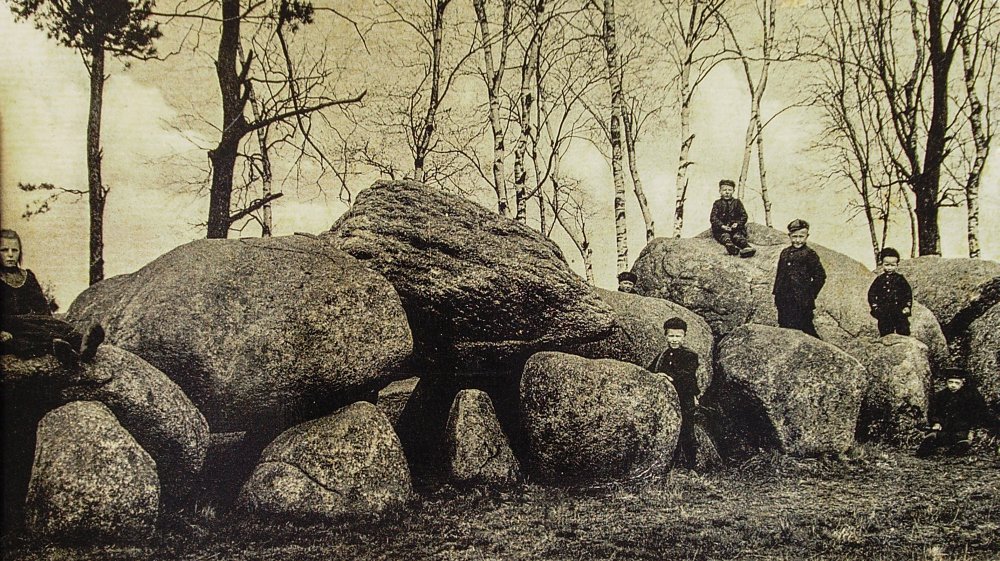 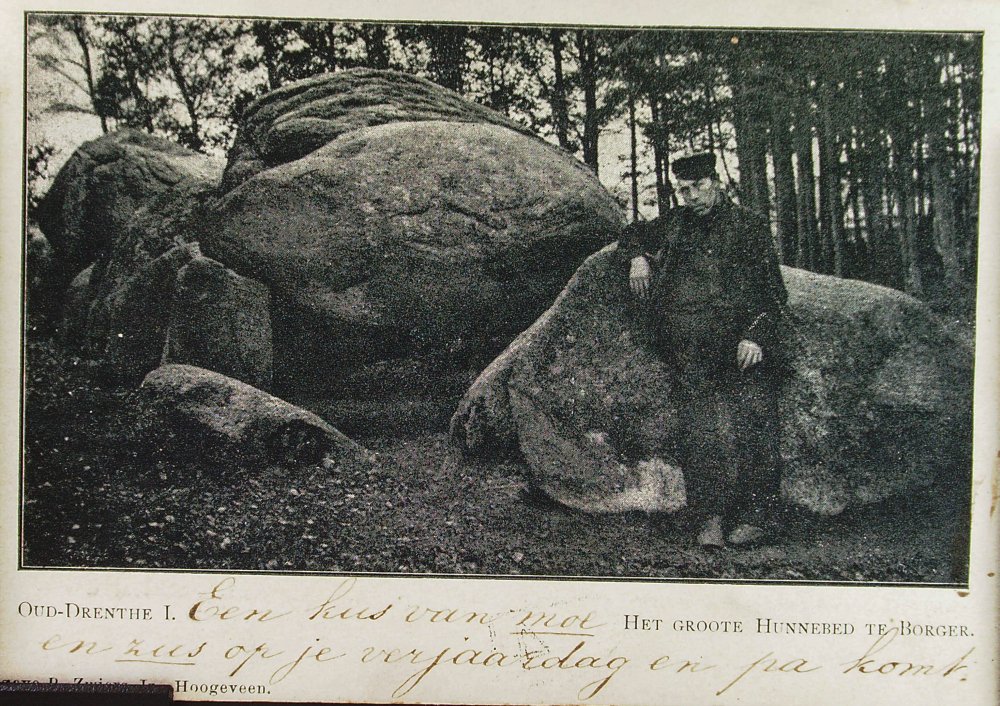 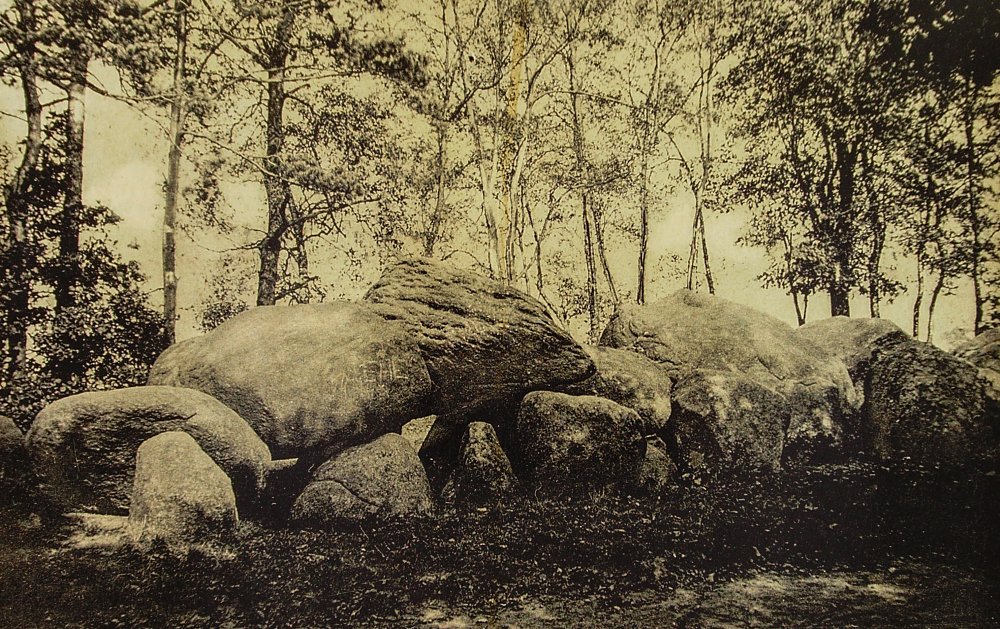 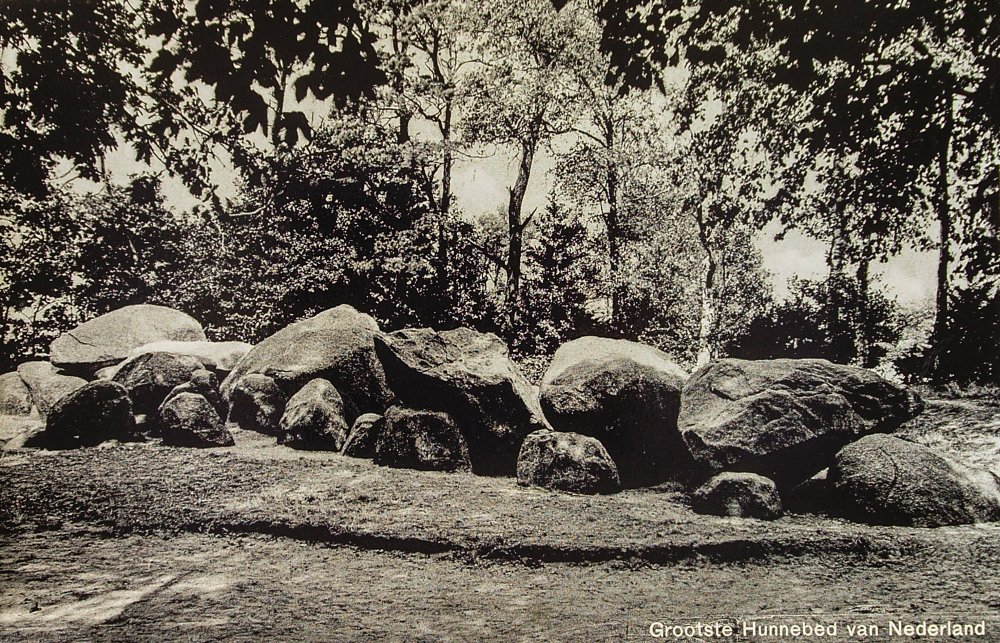