Home english articles Ronda: a beautiful town and a cave with rock carvings 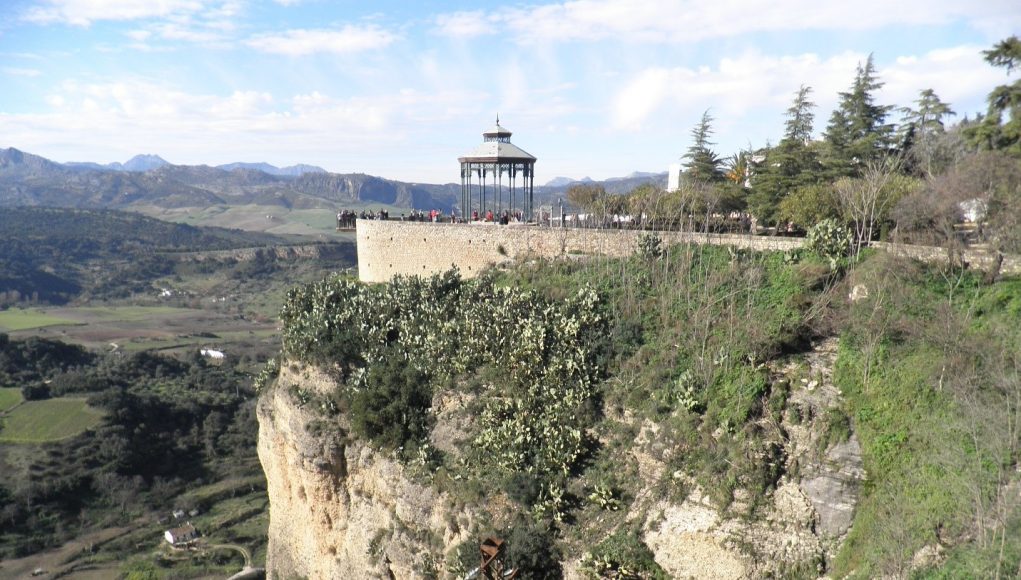 Ronda, a town of some 35,000 inhabitants, is in Andalusia in Southern Spain. It lies about 50 kilometres from the coast and 750 metres above sea level. The town is split into two by the River Guadalevin which has carved out a deep ravine, known as the Taio de Ronda. The two parts of the town are joined by three bridges: Puento romano, Puente viejo and Puento nuevo. The views, as well as the bridges, make Ronda a “must-see” destination.

The first people to live here were Celts. After them came Phoenicians, Greeks, Romans, Moors and Berbers. The town is strategically sited and looks out over the entire region. The Romans called the town Arunda, meaning that there was an “all around” view.

A 30-minute (23 kilometre) journey from Ronda brings you to La Cueva de la Pileta, or Cave of the Pool, in the village of Benaoján. The cave was discovered by a farmer in 1905. The entrance is reached by a fine stone staircase. Passing through a gateway you come to an open space – the entrance hall. Here there are display cases with archaeological finds, as well as old items used in discovering and exploring the cave. Here also you buy a timed entrance ticket for the guided tour.

During the tour you will see what a geological wonder these caves are, but personally I was more impressed by the cave paintings.

In 1905 the farmer found human remains here close to cave paintings on the walls. The cave was later explored by the French archaeologist Breuil who found almost 50 paintings. These paintings, and the human remains, appear to date from the New Stone Age. Descendants of the farmer discovered another entrance and found further open areas with another 134 paintings. The larger paintings appear to be around 20,000 years old. Today the cave is controlled by the descendants of the family Bullón’s, who allow a maximum group of 20 people to enter at any one time led by a guide. It is advisable to make a reservation in advance.