The Costa Brava in Catalonia, north of Girona, is an idyllic spot for a Mediterranean holiday. And for anyone interested in history it offers a chance to visit one of the most important archaeological sites in northern Spain. One part of the site is an ancient Greek port dating back to the 7th century BC; and next to it is a much larger Roman town. The Greeks called it Emporion (or market place) and to the Romans it was Emporiae. Today the site is a pleasant 20-minute stroll along the beach path from the town of L’Escala or the tiny village of Sant Martí d’Empúries.

At the end of the Bronze Age (9th century BC), the site was inhabited by a local tribe called the indiketes. At that time there was a natural harbour here, favourably situated on the delta of the river Fluvia and at the crossing of several trade routes. By the 7th century BC there were trading contacts with the Etruscans, Phoenicians and Greeks, and in the 6th century BC Greek traders founded a settlement here which they called Emporion, or market place. In 550 BC the Greeks built a new city called the Néa Pólis. This consisted of a walled precinct with an irregular ground plan of 200 by 130 metres. On the western side the wall separated the Néa Pólis from the Iberian town of Indika. 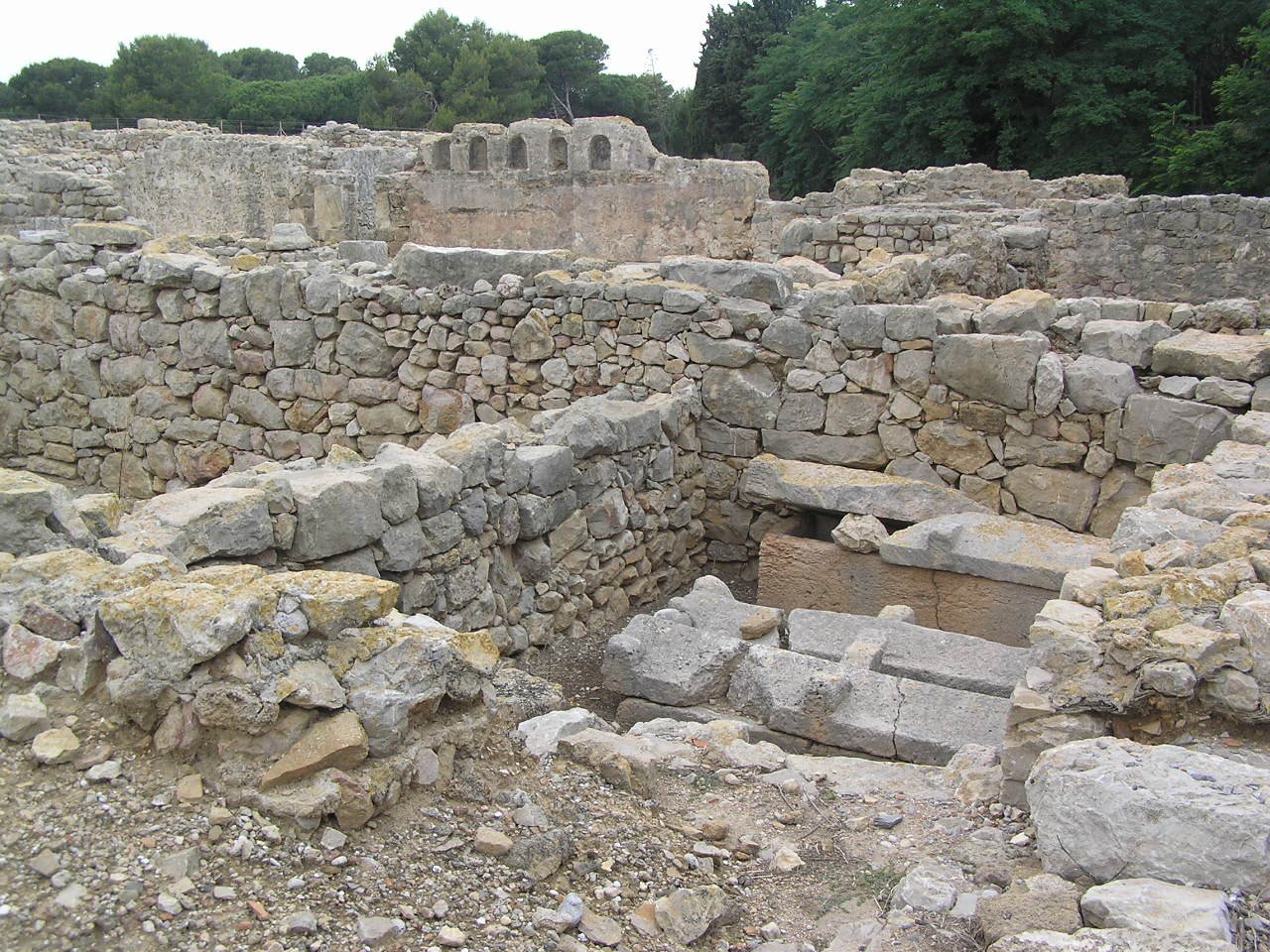 In 218 BC a Roman army commanded by Gnaeus Cornelius Scipio landed here. In 198 BC a military camp was established next to the Greek town and this was the embryo of the new Roman city of Emporiae. Thhe Roman city is considerably larger than the Greek town and has the typical layout of Roman military camps with two principal roads meeting at the forum. The Greek and Roman settlements were united during the reign of Caesar Augustus. By the 3rd century AD the larger cities of Girona, Barcelona and Tarragona had become more important centres, so Emporiae was abandoned and the site disappeared beneath the dunes.

Scientific excavations started here in 1908 and continue to this day. So far, only 25% of the large site has been excavated. Many of the artefacts discovered here can be seen in the museum on the site, including ceramics, utensils and sculptures. But so many interesting and unexpected remains can be seen by just walking around the extensive ruins in the open air.

The open-air site today is a confusing network of walls, columns, streets and houses. The Greek part of the site contains the foundations of private residences, temples, shops, the agora, the market place and even a metallurgy workshop. Visitors wandering around the much larger Roman site will stumble across marble statues and a large number of well-preserved mosaic floors. Also visible are the old drainage systems, the Forum, the Amphitheatre and the Basilica.

Around part of the site stands the original Roman wall with the gateway entrances and guardhouses or sentry posts.

Other highlights include the statue of Asclepios, god of medicine, who stands looking out to sea.

Standing in the sea just outside the site is part of the ancient wall of the Greek harbour, which is also in an excellent state of conservation.

The Mediterranean beauty of this area and the combination of sun, sand, sea and spectacular open-air ruins make Empuries a fascinating place to visit for young and old.

Photos Alun Harvey (except where stated)