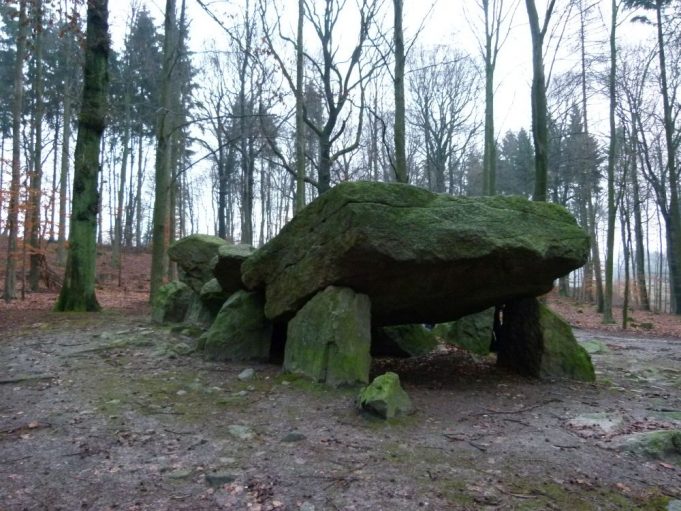 The ‘Grossen Karlsteine’ to the north of Osnabruck in Germany is one of the best known hunebeds in Lower Saxony. Its name is derived from a legend that Charles the Great (or Charlemagne) performed a miracle here by splitting the large capstone in two with a whip. This was seen as a sign from God by the heathen Saxon prince Widukind. 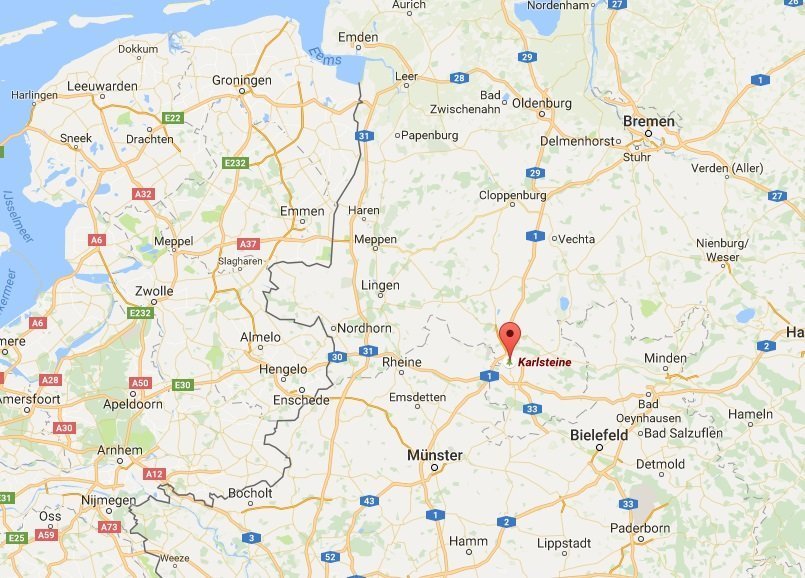 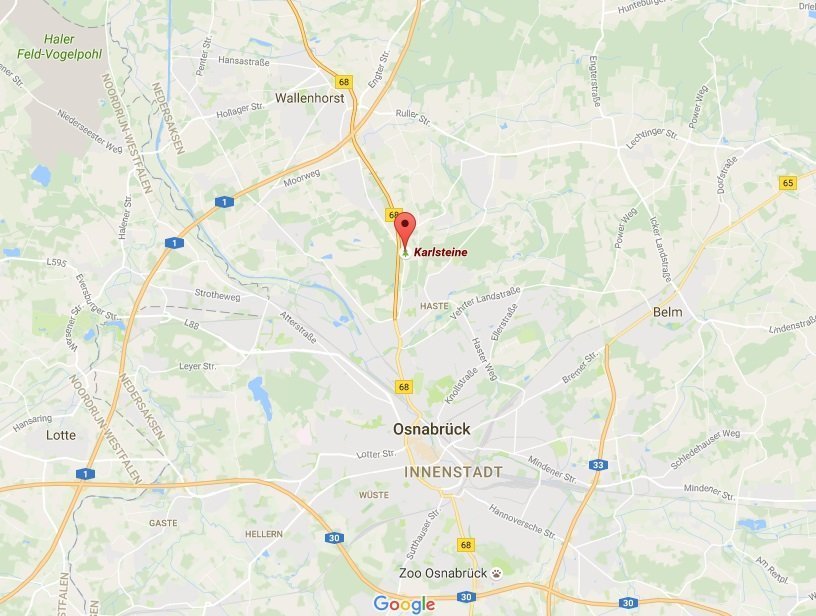 The hunebed has been famous since the 17th century chiefly because the story of the miracle was recorded in various literary works and depicted in a number of paintings.

The hunebed is also remarkable because of its stones. Just about all hunebeds in the Netherlands and in Northern Germany are built from erratic glacial boulders consisting of granite and gneiss. These were brought here by the ice during the Saalian Ice Age. The ‘Grossen Karlsteine’ however actually consists of local sandstone. This stone comes from a nearby quarry called the Piesberg. That is also the reason why the stones have jagged edges instead of the usual rounded shape 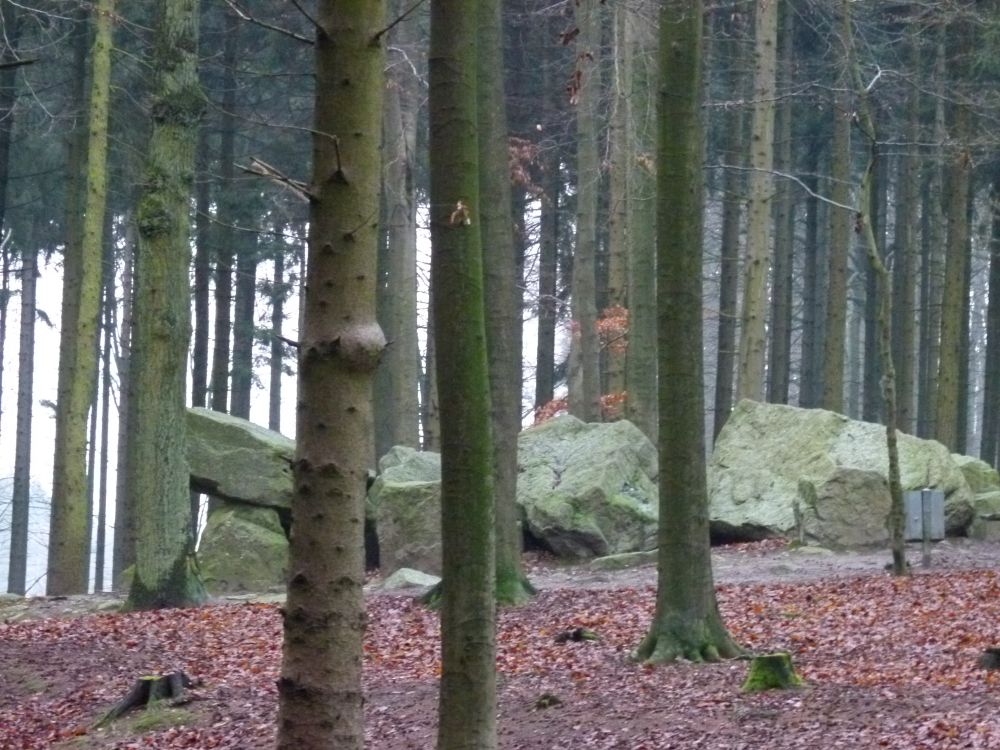 Close by are the remains of a small hunebed which has acquired the name of the ‘Kleinen Karlsteine’. This is also built with local sandstone.

The ‘Grossen Karlsteine’ stands on the Route of Megalithic Culture, a motoring route stretching 330 kilometres between Papenburg and Osnabruck. You can find more information about this route at http://www.strassedermegalithkultur.de/en/ 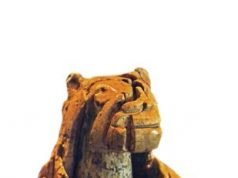 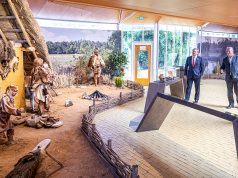 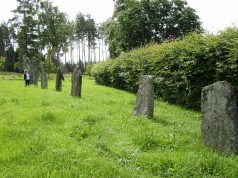