In 1983, near the town of Schöningen in Germany, work began on digging an enormous open-cast lignite mine. The unexpected result, ten years later in 1994, was the discovery of what has been called “one of the ten most important palaeolithic finds in the world” – the Schöningen spears.

The spears are regarded not only as the earliest hunting weapons ever found but also as the oldest known wooden tools. The find rewrote history and revolutionised archaeologists’ views of the prehistoric people who made them – homo heidelbergensis. Subsequent research, combined with further archaeological and geological finds on the mining site, led to the opening in 2013 of a dedicated museum right on the edge of the open-cast mine.

The modern building is home not only to a museum but also a research institute and laboratories which continue to carry out research into the many finds. The displays make use of state-of-the-art techniques combining the finds themselves with dioramas, interactive stations, multimedia presentations and reconstructions of the ancient landscape and the flora and fauna which existed here as long as 300,000 years ago. In addition to the spears, items on display include bones from mammoths, cave bears and woolly rhinoceros.

English story-boards in the museum provide clear explanations of the items on display and the history and importance of the museum itself. 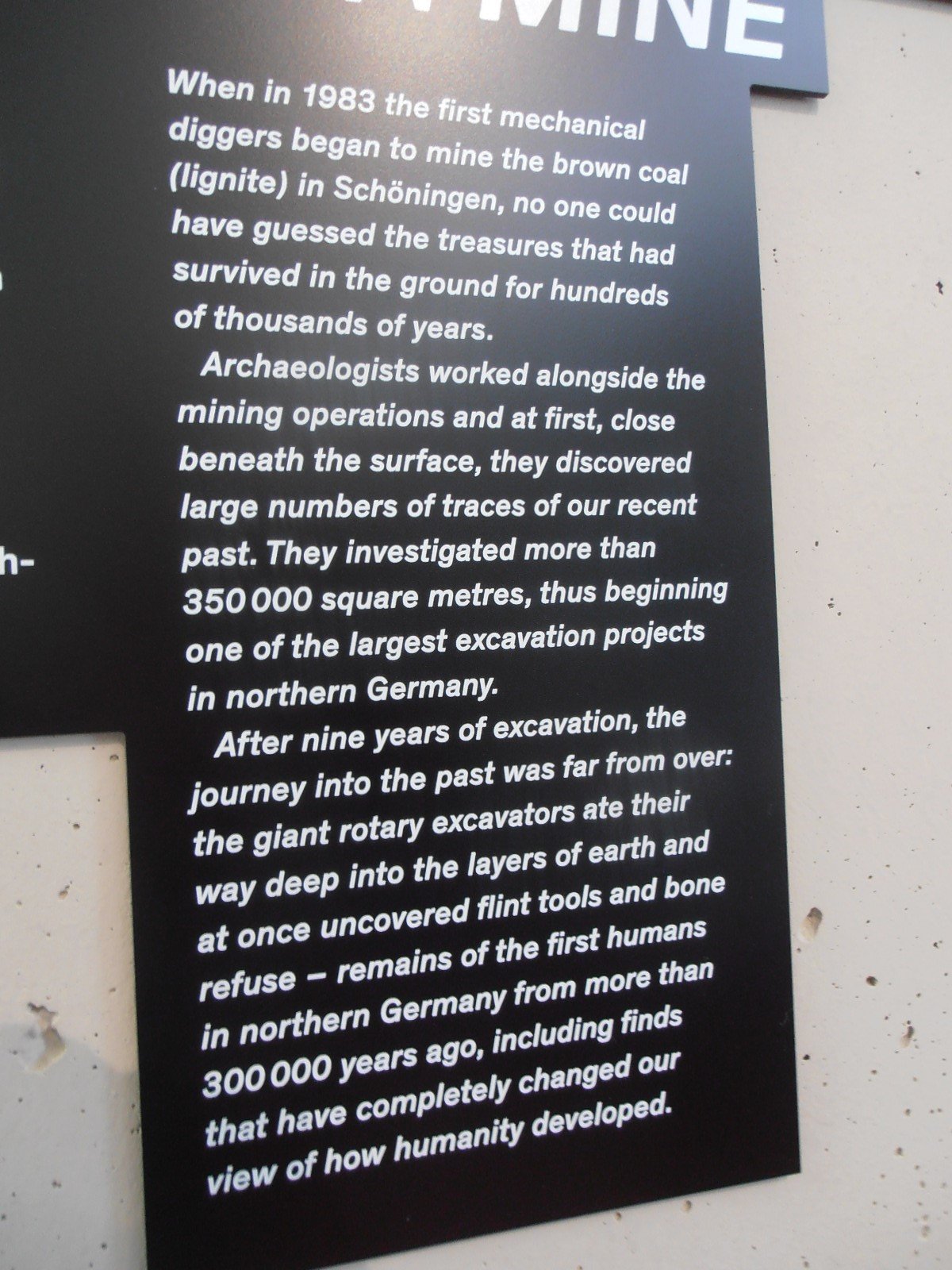 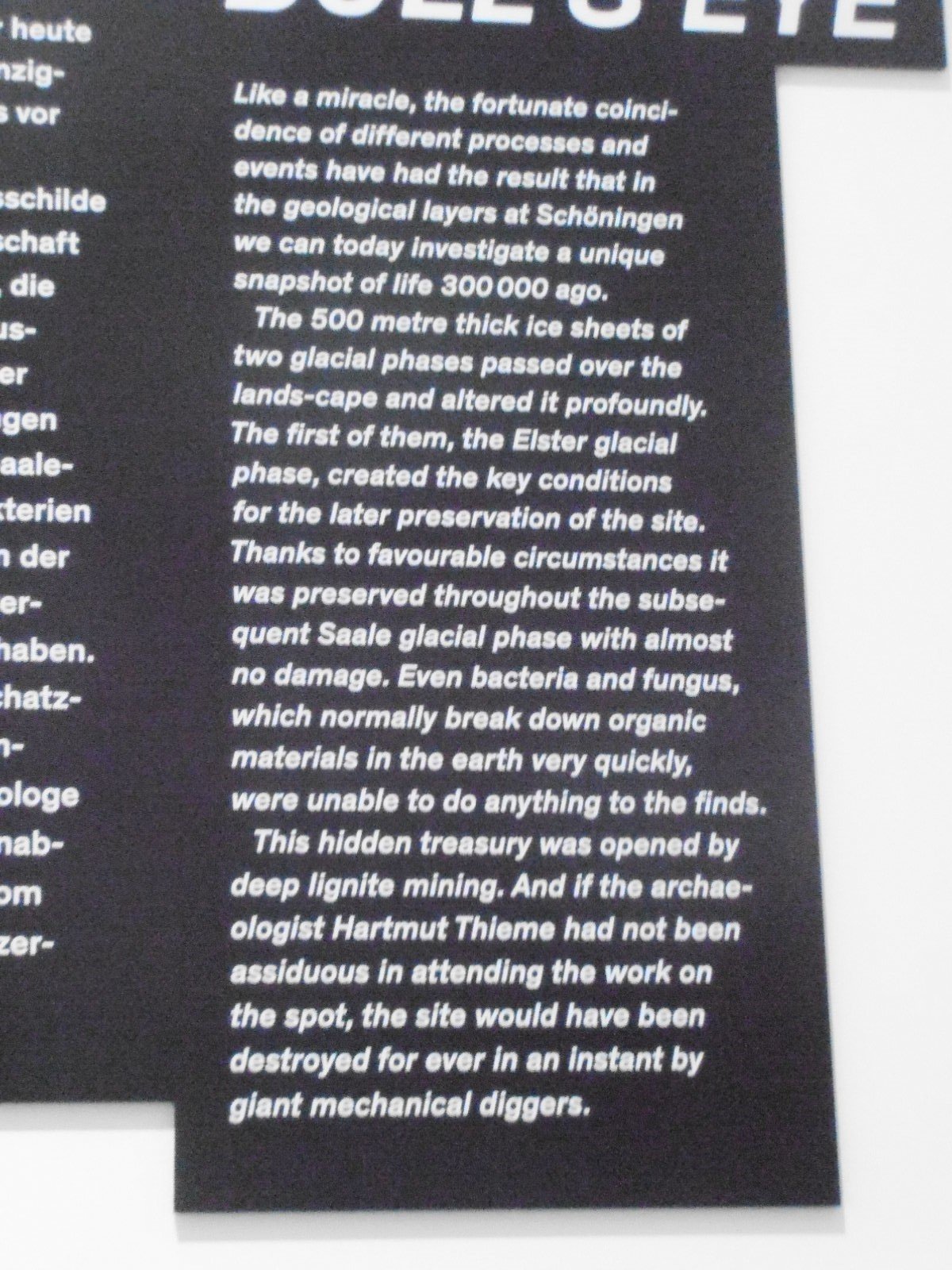 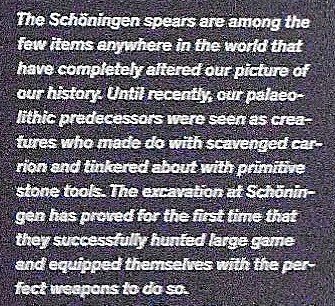 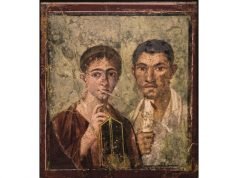