In January 2016 Harrie Wolters placed an article in the Hunebednieuwscafé about Majorca (click here). This article describes some of the other sites worth visiting on the island – Son Fornés, talaiot Son Fred, Capocorb Vell and Hospitalet Vell.

Compared to the Netherlands, the megalithic structures on Majorca date from a much later period, the late Bronze Age around 900 to 550 BC. This was the time of the Talaiot Culture, named after the tall tapering towers called talaiots. This culture is also more recent than the hunebed-like structures built on Sardinia and known as ‘nuraghi’. Besides the talaiots, walls and houses have also been found on the island, also of stone and of an impressive size. Characteristic of most of the talaiots, and also of the houses, is a central pillar which supported the stone or wooden roof.

There are around 400 talaiots on Majorca but most are difficult to find because they are in ruins and overgrown. In Son Fornés three talaiots have been excavated which probably served a variety of functions.

In talaiot 1, at 17 metres the largest in diameter of all the Majorcan structures, a large number of bones of pigs and cows were discovered, as if this tower was used as a slaughterhouse. In talaiot 2 there were earthenware drinking mugs and larger storage pots, all of an unusual design which is found nowhere else. Perhaps this might have been a place for ceremonies involving drinking, possibly with a ritual or religious significance. This talaiot was only accessible from above.

Finally in talaiot 3, which has thinner walls and a larger surface area, nothing of interest was found. Any traces of older remains had probably been wiped away by later inhabitants. Finds from these talaiots and houses are on display in the museum in Miuri, located in an old corn mill.

The talaiot of Son Fred is part of the archaeological route called ‘Ruta Arqueològica Sencelles-Costtix’. A description of this route can be obtained at the museum in Miuri. This talaiot is easily accessible but because it is so remote you will probably be the only visitor. You can almost feel prehistory all around you. And even in March the temperature can be up to 20 degrees …

Whereas the previous two sites lie in the middle of the island, Capocorb Vell is in the south. Excavations first took place at this talaiot settlement between 1910 and 1920, and lastly in 1969. There are three round and two rectangular talaiots. The megalithic structures tower above the exotic plants.

Here also many floorplans of houses have been found. A very small room in one of the giant talaiots, accessible only via a spiral passage, suggests that it could only have been designed for use as part of some unknown ritual.

The last talaiotic site which I visited is that of Hospitalet Vell in southeast Majorca. Here you can see how closely the enormous stones fit together next to each other.

Also at this site you can see the remains of the stone roof on a rectangular talaiot, supported by the walls and a central pillar.

All in all these are very impressive monuments in a beautiful setting. We do not know why the talaiots were built, and apparently all of a sudden (as territorial markings?), or who built them, although it is certain that the islands were visited around that time by Greeks and Phoenicians. Why further building suddenly stopped is yet another riddle. Was it because of attacks by Carthaginians and /or Romans? Certainly the talaiots were excellent look-out towers, but the animal bones and small, difficult to access rooms in the middle of the massive towers also suggest that they might have had a religious or ritual purpose. Impressive and mysterious … 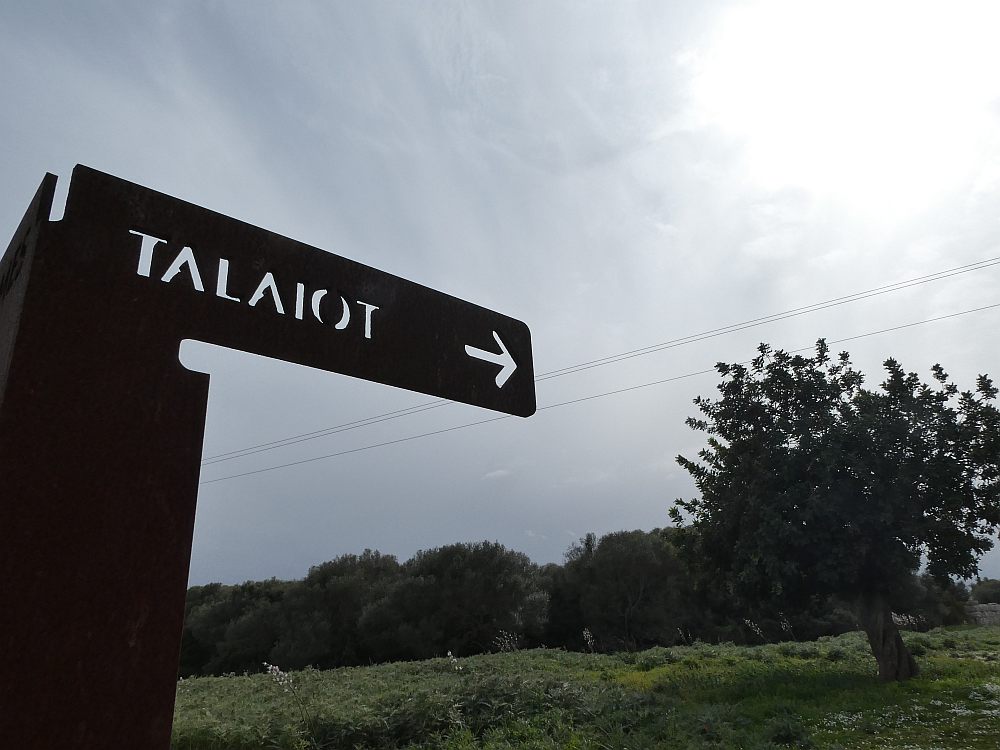