In the Netherlands there are hunebeds, in Brittany and France there are menhirs, upright standing stones often found in rows known as alignments. Most of them are to be found in the region around Carnac, where roughly 3,000 menhirs stand on three sites covering in total 4 square kilometres. They stand in long rows, shoulder to shoulder, and were dragged here by prehistoric people from distant mountains and placed upright here in Brittany.

The comic books about Asterix and Obélix will tell you that Obélix had something to do with these stones! Nonsense of course, if only because the menhirs date back to between 5,000 – 3,000 BC, long before the time of the two comic book Gauls! Many theories have been put forward to explain these prehistoric monuments, some of them quite bizarre, and they are often claimed to have some astronomical function.

Apart from the long rows of menhirs, single examples can also be found standing in the middle of woodland or open countryside. Some of these are over 9.5 metres high, such as the Dol de Bretagne, the tallest of all Brittany’s standing stones. It is made of pinkish granite, oval in shape with a smooth surface, and has an estimated weight of around 100 tonnes. It has been registered as a ‘monument historique’ by the French Ministry of Culture since 1889. According to legend the menhir is slowly sinking into the ground, and the world will end when it disappears altogether.

We first visited this monument in 2004 and found it a fascinating place. Just as at the famous Leaning Tower of Pisa, it is a common joke for people to have their photograph taken so that they appear to be pushing the enormous stone over. And that is what we did also, as you can see in the photos. Destruction of an archaeological monument? Not in this case. Just a computer trick … fake news! 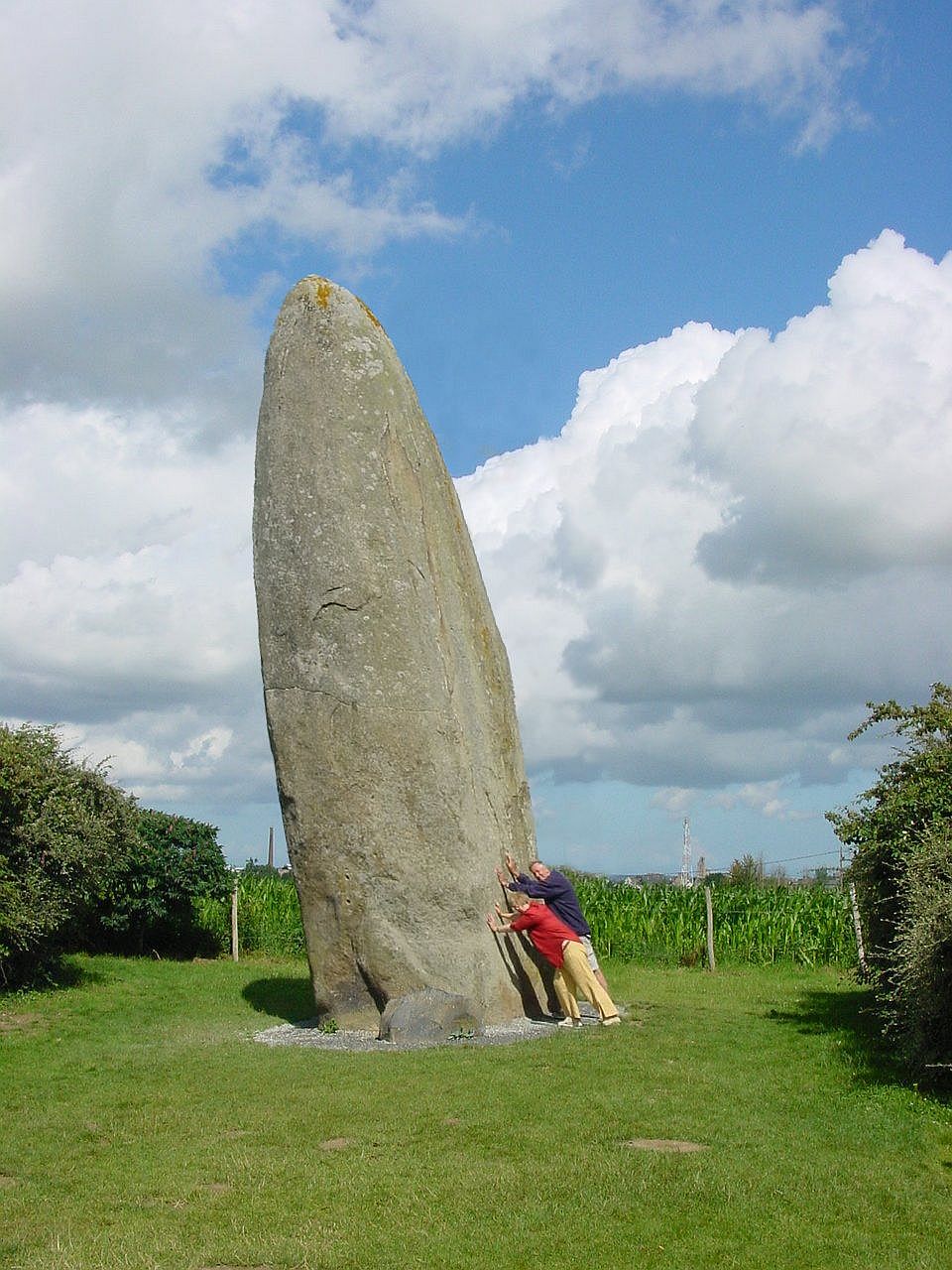