Home english articles When did people first arrive in the Americas? 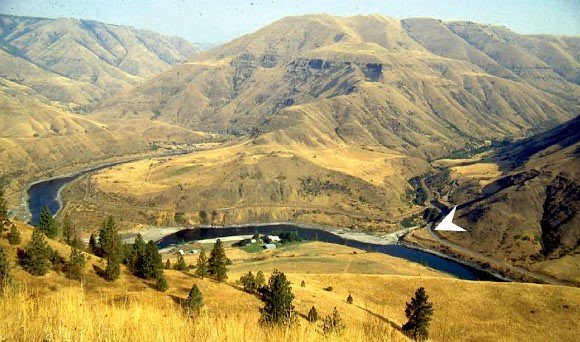 One of the oldest archaeological sites in the Americas has been discovered in western Idaho, according to a study published in August 2019 in the journal Science and on the National Geographic website. Archaeologists have uncovered almost two hundred stone artefacts including projectile points and flake tools, and bone fragments from large mammals. Radiocarbon dating of the finds shows that people were creating tools and butchering animals here between 15,000 and 16,000 years ago.

The study of prehistory in North America takes as its main reference point the Clovis culture, named for the distinctive tools made of stone, bone and ivory, found near Clovis, New Mexico, in the 1920s and 1930s. They date to the end of the last glacial period around 13,000 years ago and were long considered to be the earliest examples of human technology in the Americas. The Clovis people are considered the ancestors of most of the indigenous cultures of the Americas.

For a long time researchers believed that the Clovis tool-makers first entered North America on foot from Asia by crossing Beringia, the stretch of land that once connected Siberia and Alaska. They then travelled down an ice-free corridor which opened up when the massive ice sheets, which once covered the interior of North America, began to retreat roughly 14,000 years ago. And that’s how the story went until archaeologists started finding artefacts older than Clovis at a number of geographically separate sites.

Cooper’s Ferry lies at the bottom of a canyon in the lower Salmon River. The indigenous Niimíipuu (Nez Perce) people referred to this site as an ancient village called Nipéhe. Archaeologist Professor Loren Davis of Oregon State University and lead author of the Science report, first excavated at Cooper’s Ferry in 1997. He found a cache of stone points which could have been fixed to the handle of a spear or another weapon or tool. Radiocarbon dates of bone and charcoal buried in the same small pit suggested these tools were up to 13,300 years old.

When Davis returned to the site 10 years later, he and his team found evidence of heat-cracked rocks from ancient campfires, workspaces for making and repairing tools, butchering sites, and fragments of animal bone. Radiocarbon testing of a sample of charcoal from a hearth showed that it was around 14,000 years old. Further tests on other samples pushed the date further back to around 15,000 to 16,000 years old.

This seems to prove that people were already south of the ice sheets before the ice-free corridor opened up about 14,000 years ago. Davis and his colleagues believe that their findings support another theory which has been gaining popularity recently among archaeologists: That the first people in the Americas were seafarers who paddled to the Pacific Coast.

“This site is located along the Salmon River, which is a tributary of the larger Columbia River basin,” said Professor Davis. “Early peoples moving south along the Pacific coast would have encountered the Columbia River as the first place below the glaciers where they could easily walk and paddle in to North America.”

Davis and his colleagues also noted similarities between the tools they discovered and artefacts made 16,000 to 13,000 years ago in Japan, pointing to a possible origin.