The genus Colchicum contains many different species of perennial plants. The name comes from an area of Greece called Colchis. The plants are tuberous or root plants with a long corollary tube. Most species flower in the autumn and the leaves and fruits do not appear until the following spring.

The rare autumn crocus (Colchicum autumnale) – also known as the jonquil or meadow saffron – grows in the Netherlands, but originally the plant was to be found around the Mediterranean Sea and in Western Asia. The plant is now in danger of disappearing and stands on the Dutch Red List of endangered species.

Their use from prehistory until now

The plant was once used as a folk remedy for jaundice and was also seen in the Middle Ages as a magic herb. Carrying a bulb was supposed to help against the plague and toothache. The seeds, flowers and bulbs of the plant contain a strong poison: colchicine. This substance has long been known as an anti-inflammatory drug and has been used as a treatment for cancer. These days the substance is used in manufacturing the chemotherapy drug demecolcine, sometimes used against cancer and also in the treatment of heart disease. 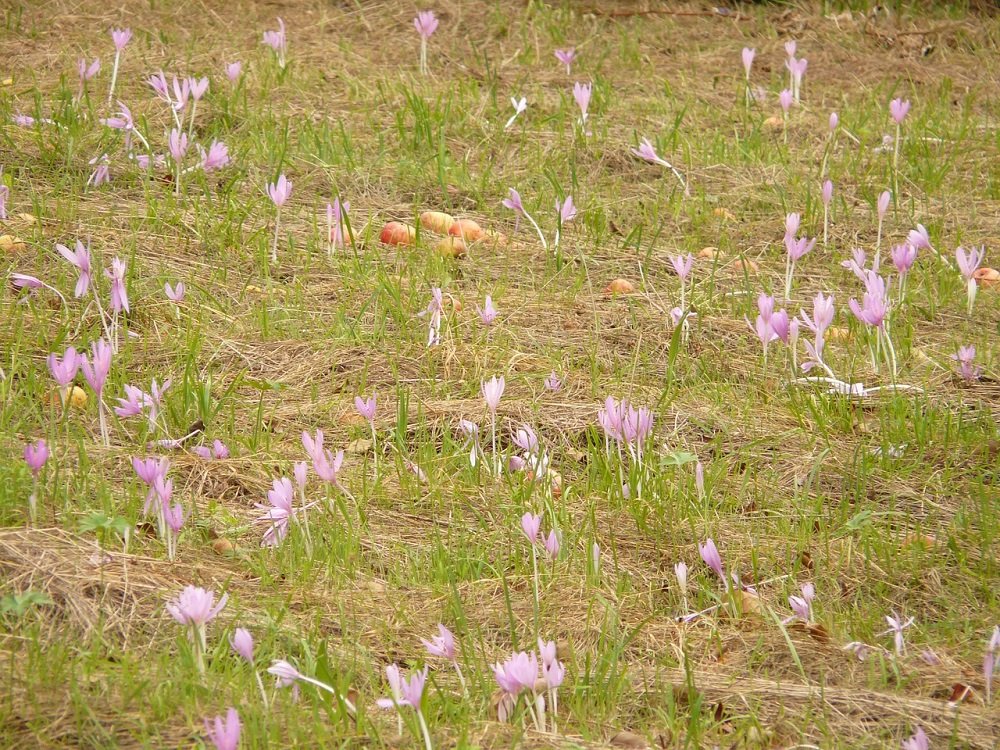