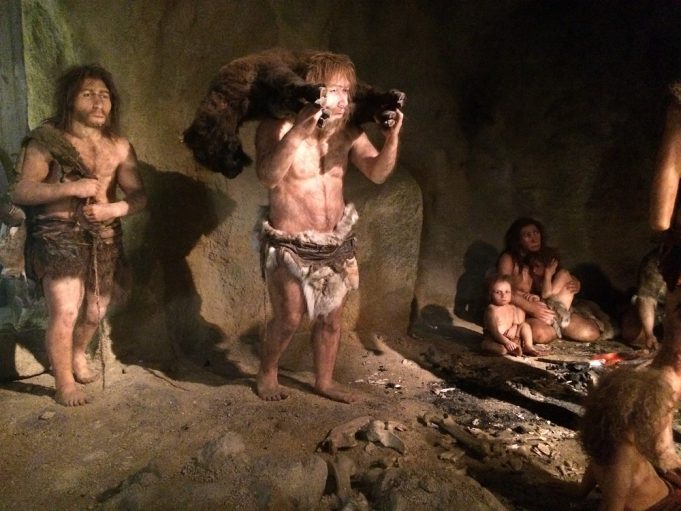 In 1895 the bones of at least 23 Neanderthals were found in a rock shelter on Hušnjakovo Brdo (Hušnjak Hill) to the west of the town of Krapina. Gorjanović-Kramberger, director of the Geology and Palaeontology Department at Zagreb Natural History Museum, investigated the site between 1899 and 1905 and published a number of articles on this remarkable discovery. Since 2010 the discovery site is also home to a museum built in situ telling the history of the discoveries.

The museum building consists of two levels with a total area of more than 1200 square metres. The highlights of the display are the diorama’s telling the story of the site in prehistory. The information is given in a number of languages including English. It is a short walk from the museum to the actual discovery location, following a carefully laid out ‘prehistoric route’.

Information boards at the site explain that a total of 884 bones and 198 teeth have been found here, dating from about 130,000 years ago. In addition to human remains, stone tools and animal bones have also been found. Many of the bones came from cave bears but those of lynx, leopard, wolverine, fox, wild cat and hyena have also been identified.

The site also seems to have been used as a place of ritual. The skull known as Krapina 3 shows signs of wounds which were inflicted by cuts made after death. There are 35 such wounds and it appears that they were all made at the same time.

The ages of some of the Neanderthals have been determined. Five were between 14 and 16 years old, one between 17 and 19 years old and five around 20 years old. These confirm the idea that the Neanderthal life span was around 30 years.