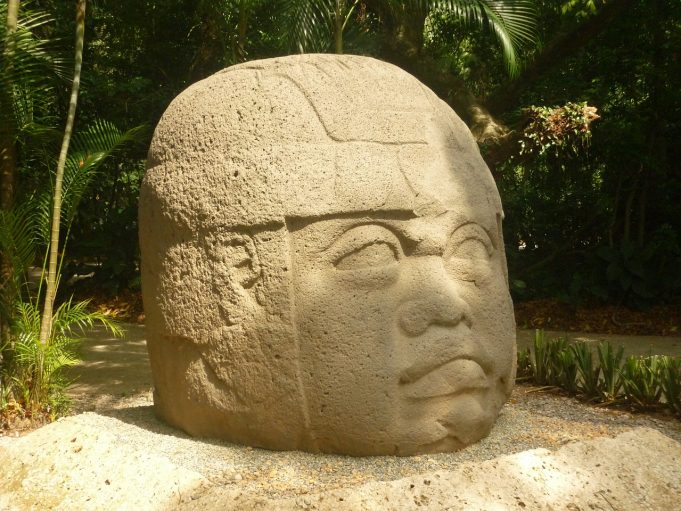 Many of the ancient cultures of Middle America are well known – the Aztecs, Maya’s, Toltecs, Mixtecs, Zapotecs etc. The Olmec culture is less well known and yet it laid the basis for all the other Middle American cultures which followed it. In fact, although very little is known about the Olmecs, they did some remarkable things. Some time around 1200 BC they developed a writing system with symbols, a ball game, the concept of zero, carving and much more. All of these things were adopted by the cultures which followed them.

The Olmecs lived mainly in the swamps of the Gulf of Mexico, around the modern province of Tabasco. From there they spread into a much larger area, which is why their influence on later cultures was so great. Today the Olmecs are most famous for the enormous stone heads which can be found all over Tabasco province.

During the high point of their culture (between 800 and 400 BC) one of their main centres was La Venta in the province of Tabasco. Other major centres were San Lorenzo (between 1200 and 900 BC) and Tres Zapotes (not far from La Venta) where the culture flourished until 400 BC. After this date the Olmec culture had passed its zenith and its role was taken over by other cultures.

In various places in the Olmec region 17 large stone heads made of basalt, weighing many tons, have been found. A number of these were found during excavations in La Venta, one of the earliest main centres of the Olmec region. Three of these now stand in Parque Museo La Venta, which is part of the Museum of La Venta in Villahermosa. This museum possesses a fine Olmec archaeological collection including 33 sculptures, a number of large stone heads, altars and other images. The stone heads and other images were brought here in the 1950’s when oil drilling companies started work in the Olmec region. At that time it was decided to move the images to a new home in Villahermosa to ensure their safety. 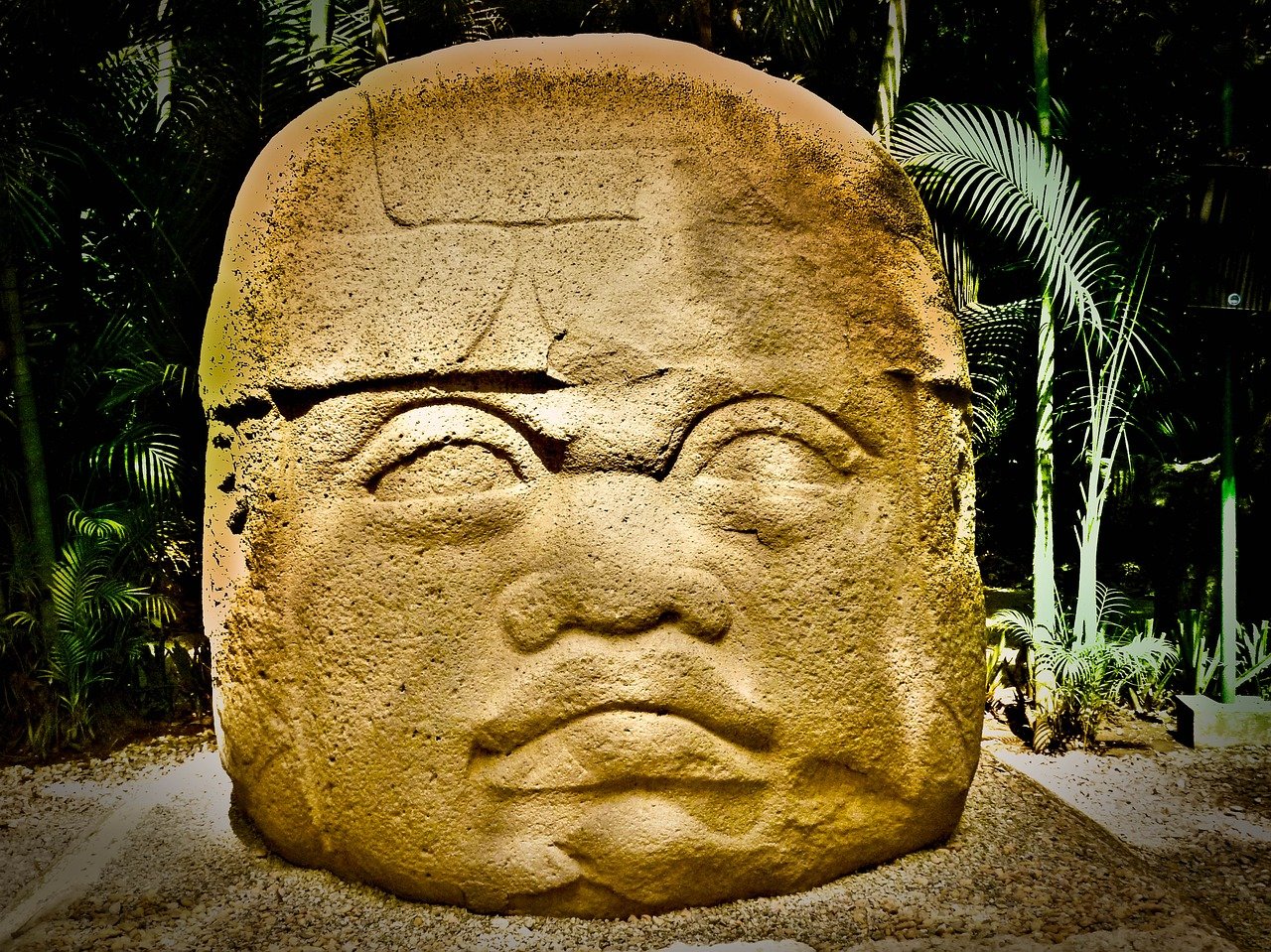