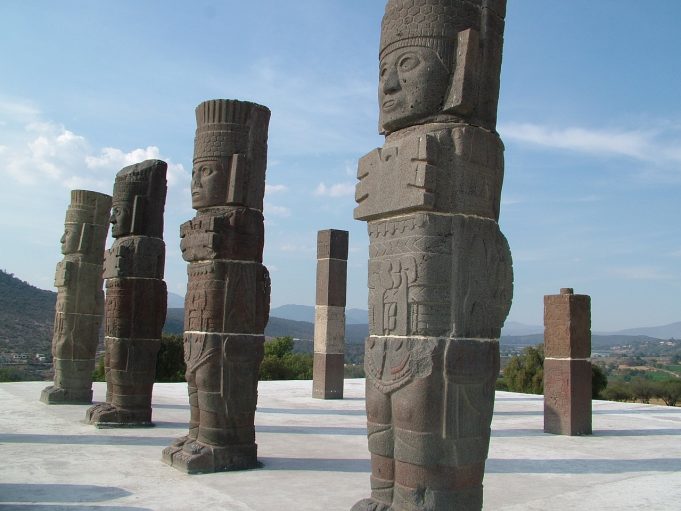 ‘Toltec’ is the name given to the people who, from the tenth to the twelfth century, inhabited a large part of central Mexico. At that time they dominated the whole area. Their influence was widespread and their artefacts have been found in an area from today’s USA down as far as Costa Rica. Very little is known about these people and much of what we do know is speculation. It is thought that they were possibly one of the peoples responsible for the fall of the famous city of Teotihuacan.

Tula was one of the most important Toltec cities. It lies at an altitude of 2,000 metres in the Tula Valley, 75 km northwest of Mexico City. The first buildings in the Tula Valley were built in 400 BC. The city reached its zenith between 900 and 1500, when the Toltec people lived here, and at that time measured 14 square kilometres. For centuries the region was probably controlled by the more important city of Teotihuacan. Then, when this city fell, Tula took its place and the Toltecs became the dominant people in the region. At its peak probably around 60,000 people lived in the city and its immediate surroundings.

The most important construction here is the Pyramid of Quetzalcoatl. On top of this pyramid stand four basalt statues representing Toltec soldiers, each of which is four metres high. In the year 1150 the city lost its position as the most important centre, probably because of climate change. Other people later took the place of the Toltecs here but the ceremonial centre was destroyed by fire in the 12th century. Still the city was not totally abandoned. When the Spaniards arrived there were still many people living here and there was still a great deal of commercial activity of all kinds.

Even today very little is known about the Toltecs, despite extensive excavations carried out in the region between 1950 and 1970. There is, for example, no reliable archaeological map of the area, the precise location of buildings remains guesswork, and even the boundaries of the city remain unknown.

By the entrance is a museum which tells the story of Tula and the Toltecs, as far as it is known. 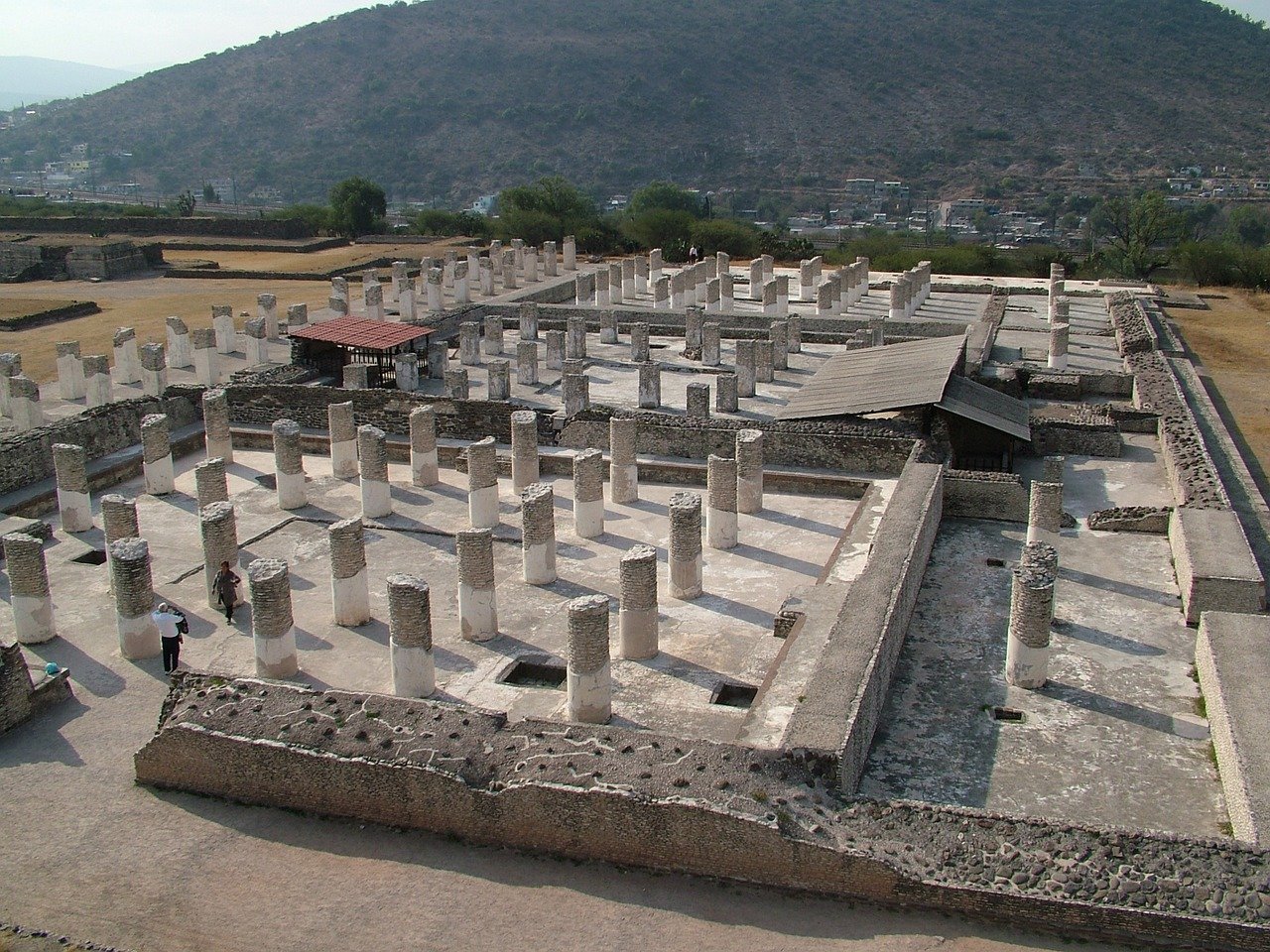 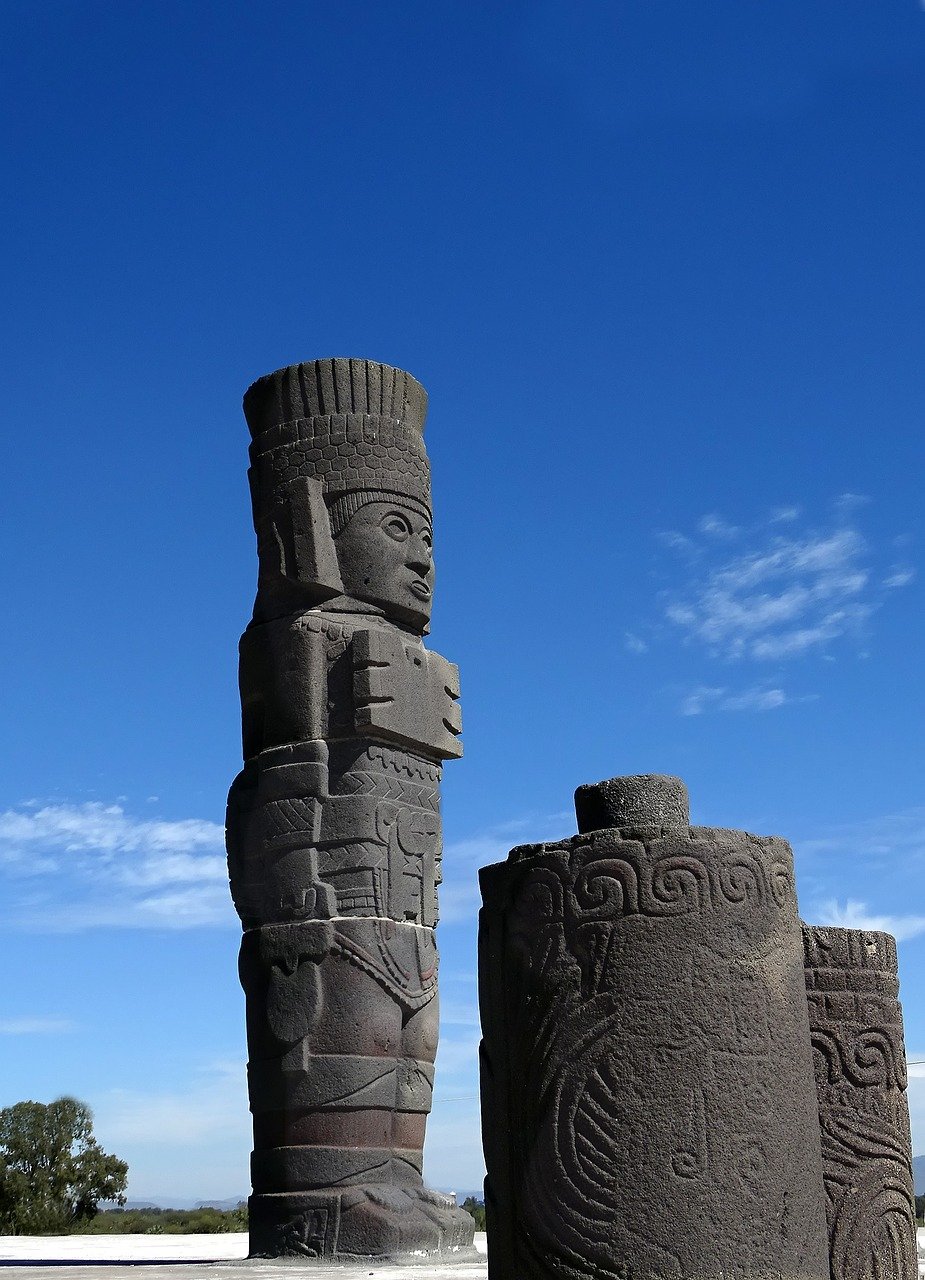