Home english articles Calanais, a cluster of menhirs in Scotland 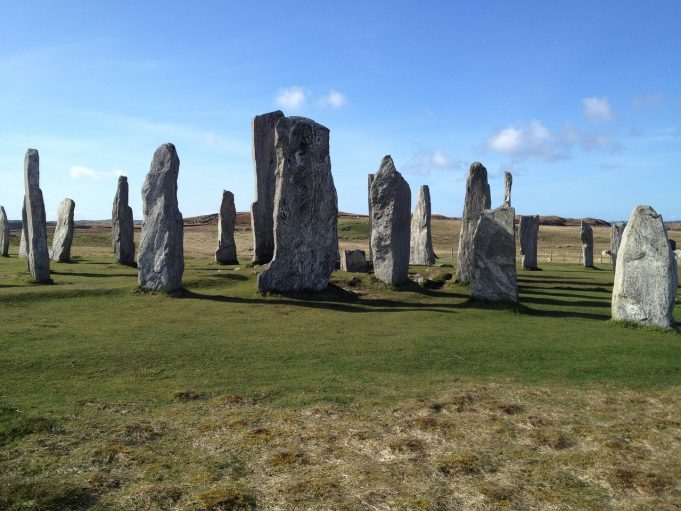 On the island of Lewis, one of the Outer Hebrides off the coast of Scotland, stand a number of menhirs, both singly and in groups. The most famous are the ‘Standing Stones of Callanish’ (or in Gaelic ‘Calanais’). This is one of the most remarkable megalithic complexes in Europe, erected in the Bronze Age between 2900 and 2600 BC.

There are several monuments in the area around Calanais but the circle of menhirs is the most famous. It consists of rows of large chunks of a type of stone called gneiss, arranged in a cross shape inside a circle. In the centre of the 13 stones stands one larger stone and a smaller burial chamber. It can be seen from the A858 road and there are two other stone circles close by.

The monument was erected in a number of phases. There is evidence that the site was used for agriculture before the stones were placed here around 3000 BC. The monument was probably begun with a single menhir which itself held great significance for a long period (that is now the large stone in the centre). Over time other stones were placed around it, and the burial chamber was probably placed here sometime later. This whole process took around 300 years in total (between 2900 and 2600 BC). Excavations have revealed artefacts from a later date, suggesting that the monument was also reused in later times.

In the period from 1000 to 50 BC peat formed in this area and much of the monument was submerged beneath it. The peat was cleared away in 1857 and ever since the monument has stood again in its full glory overlooking Loch Roag. 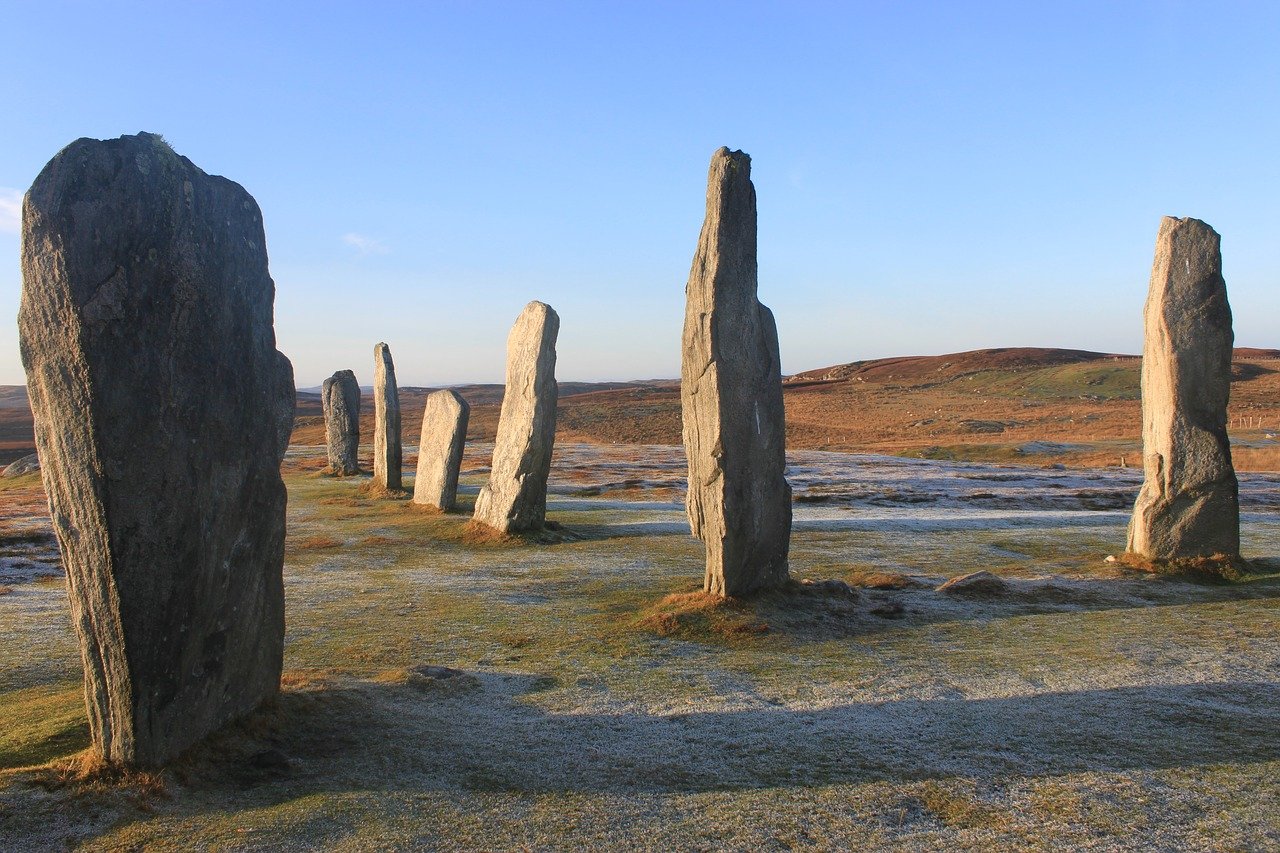 Close to the monument stands a double row of stones, as if forming a road leading to the circle. The avenue is more than 80 metres long in total and 19 stones remain from the 39 which once stood here. Half of the avenue is on the eastern side, the other half lies to the west. In addition to the avenue there are a further three rows of stones, one from an east northeast direction, one from the south and one from the west southwest.

A Visitors’ Centre close to the site tells the story of the ‘Standing Stones of Calanais’. The centre is open daily in the Summer months, except on Sundays. You can find more information on the website at http://www.callanishvisitorcentre.co.uk/ 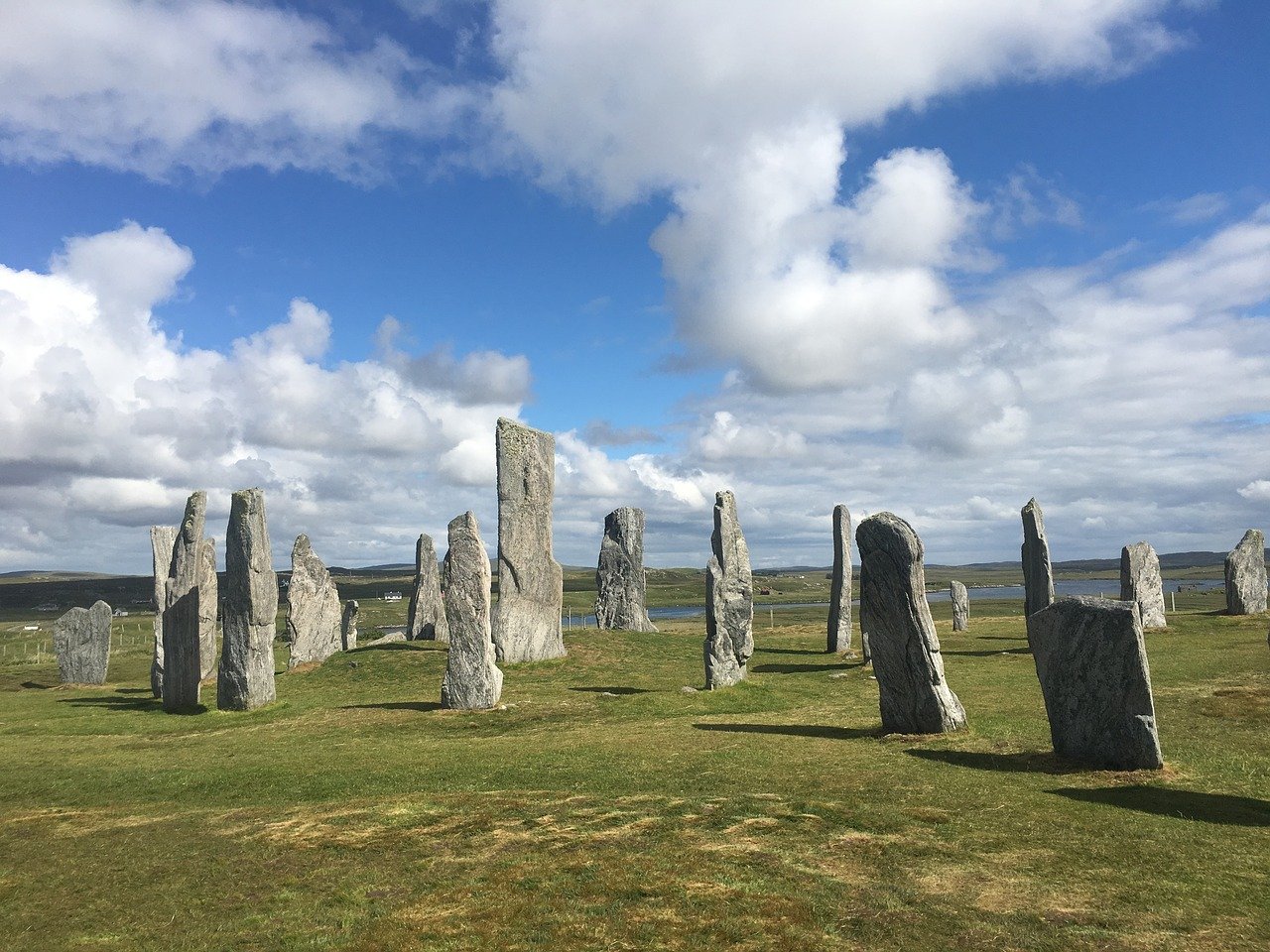