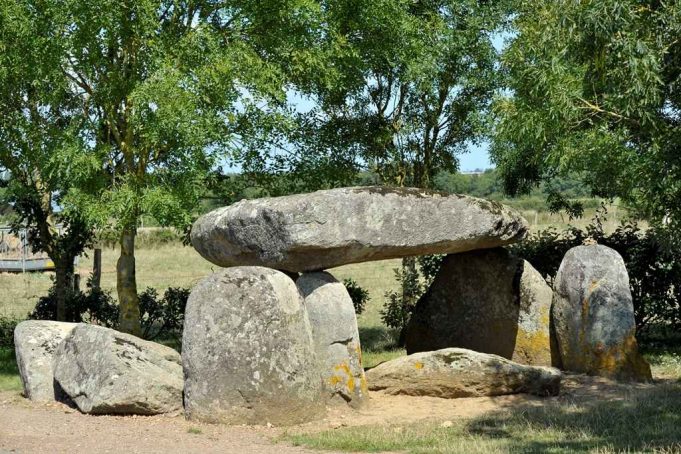 In the Vendée in Western France, between Nantes and La Rochelle, there are a number of interesting prehistoric monuments dating from the Stone Age. One of these is the Dolmen de la Cour-du-Breuil.

The dolmen has a small portico made of three stones, comparable to the Frébouchère dolmen. The monument was badly damaged in the 19th century during an illegal excavation by treasure hunters, which caused part of it to collapse. It now has seven uprights supporting a capstone of 3.80 by 2.90 metres. All of the stones are of local granite.

According to local legend, magicians would meet by the dolmen on winter evenings. There is supposed to be a treasure buried here, which is why there was an illegal excavation in the 19the century. There are a number of other interesting dolmens in the area, such as Pierres Folles du Plessis, Frebouchere and Sulette.