A rock garden, sometimes called a rockery, is usually a small area of rocks and stones with plants and flowers set between them. The rock garden at the Hunebed Centre, the largest in the Netherlands, is rather different, which is why it is called the Boulder Garden. It consists of an enormous collection of thousands of stones, large and small.

Around 150,000 years ago, during the Saalian Ice Age, this part of the Netherlands was covered by a sheet of ice about 1,000 metres thick. The ice had pushed its way south from Scandinavia like a bulldozer and brought with it many thousands of stones, rocks and boulders. In Dutch these are known as ‘zwerfstenen’ or ‘wandering stones’ and in English as ‘erratics’. Most of the stones here came from Southern Finland. As almost all types of rock found on Earth occur in Scandinavia, it is not surprising that the Boulder Garden contains so many different kinds of rock. Many are labelled with their geological names such as Upsala granite or rapakivi, and their age. Some of them are as much as 1½ billion years old.

The stones were donated by local residents and collected by Jannes van Echten during a two-year journey through Drenthe. Identification and labelling of the stones was carried out by Harry Huisman, an expert on the subject of ice age boulders.

The enormous collection of natural stones contains one remarkable handmade work of art. Titled the Levensmuur or ‘Endangered World Life Wall’, it represents 360 animals which are threatened with extinction. The wall measures 2.1 metres by 8.5 metres and consists of Ice Age boulders and 360 red bricks. Each brick is marked with numbers and letters referring to the geographical longitude which is home to one of the threatened species. Where a brick is marked in black, the species is already extinct. 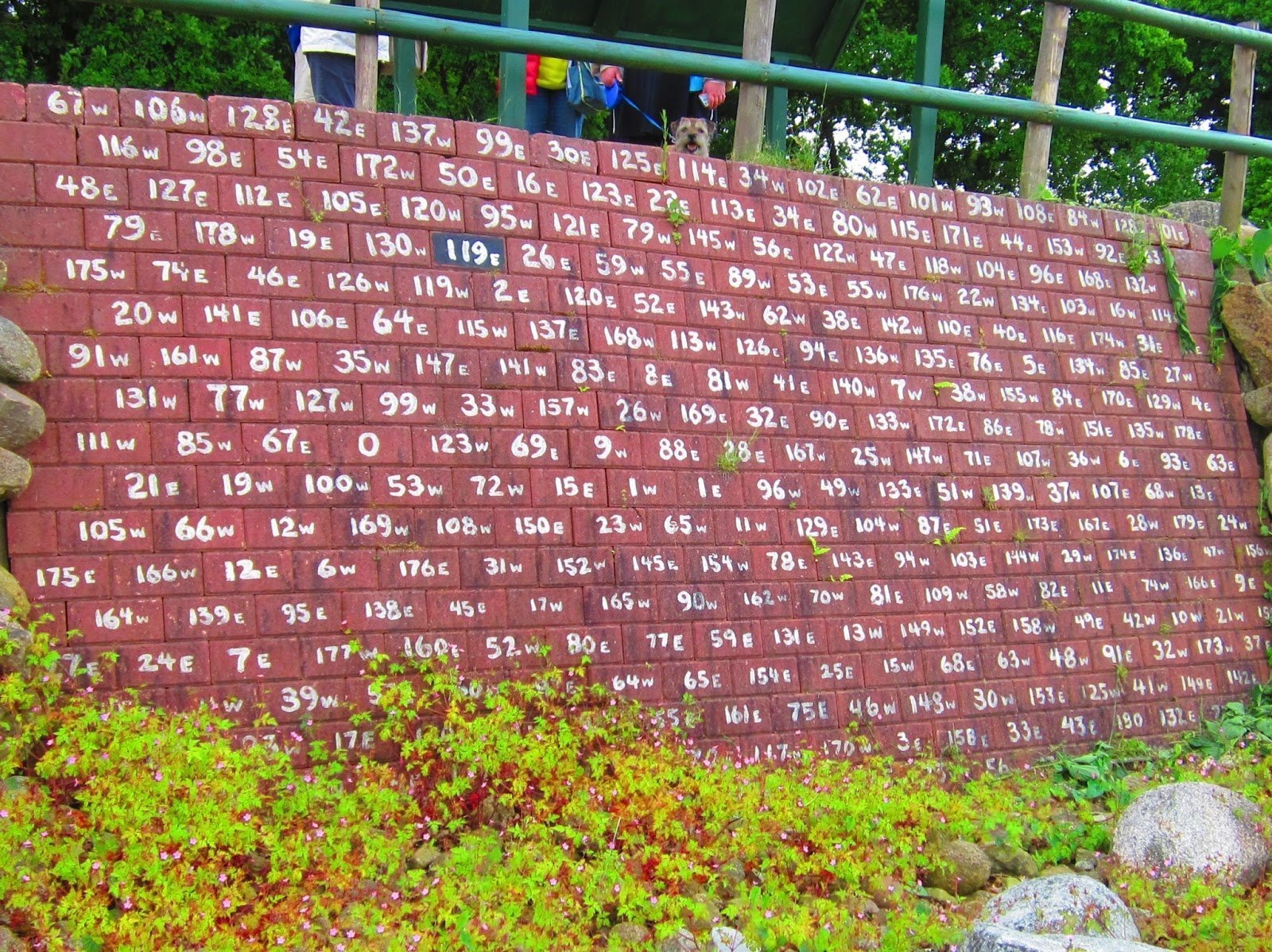 The wall was designed and made by the American artist Xavier Cortada as part of a project with the Drenthe Natural Art Institute. The purpose was to raise awareness of endangered species in the world and to draw attention to the diversity of cultural aanbod in the Province of Drenthe.

Xavier Cortada had this to say about his artwork:

“When the Funnel Beaker people built their hunebeds around 3500 B.C., none of the 360 animals featured in the wall were in danger. Because of global climate change, most are now either in danger of disappearing or have already died out. Human survival is ultimately dependent on preserving the planet’s biodiversity. This work invites viewers to “adopt” these endangered animals and become engaged in conservation efforts”.