Between 3000 and 1000 BC the island of Crete had its own unique culture, known as the Minoan Culture. For a thousand years the capital, Knossos, was the greatest city in Greece. It is still an impressive place, even though it now stands in ruins. Visible today are the remains of the large palace of King Minos, villas, a theatre, large jars and graves.

Archaeological excavations have revealed that people lived in this region 6,000 years ago.

Knossos lies 8 kilometres south of the modern capital Heraklion and is easily accessible. 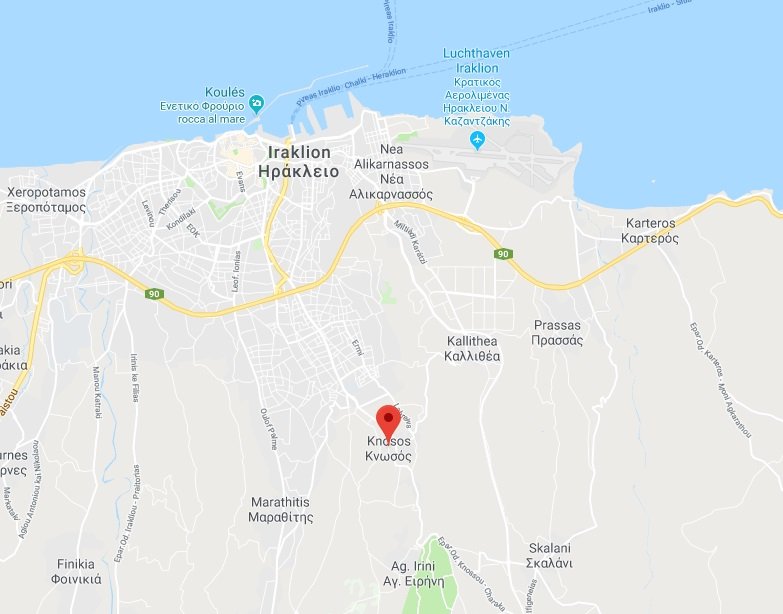 The end of Knossos

All of the buildings from the Minoan time have been destroyed. This is believed to be the result of an eruption by the volcano on today’s island of Thera (also known as Santorini), 150 km north of Crete. This occurred around 1500 BC and was accompanied by earthquakes and the high waves of a tsunami. Other scholars, however, believe that the eruption of Santorini occurred many years later than the end of the Minoan period. That means that some other cause must be found for the collapse of the Minoan Empire, and research into this idea continues.

Beginning in 1878, the British archaeologist Arthur Evans spent 30 years excavating this site. He discovered the remains of an unknown culture, which he called Minoan, which was far older than ancient Greece. The enormous palace of King Minos, with its 1,000 rooms and its magnificent wall paintings, was the highpoint of his work. 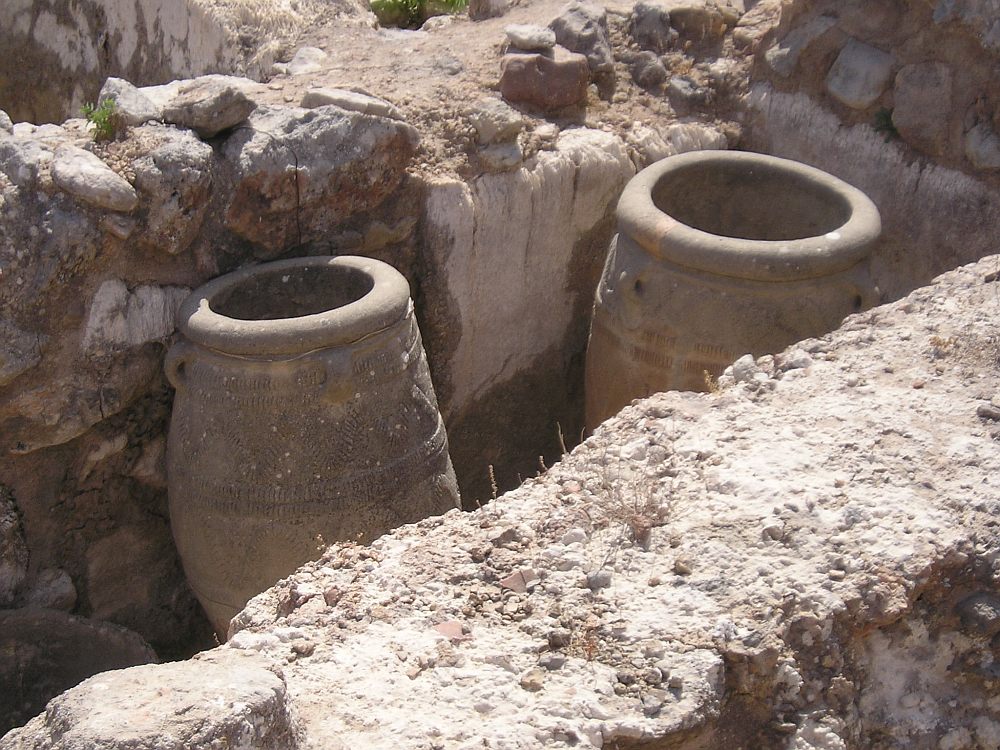