“As above, so below”

In the run-up to a holiday to Normandy & Brittany (France), I sat on a winter morning musing a little about the origins of the ‘Carnac Alignment’. This huge complex of about 3.000 menhirs (standing stones) stretches over a distance of 4 kilometers from southwest to northeast in France Brittany. It is believed to have been built in the Neolithic (New Stone Age) about 6.500 years ago.

This longest megalithic (one-piece boulders) structure on Earth must have fulfilled a great function for the builders. That most megalithic structures are associated with Sun, Moon or Stars, such as Stonehenge¹, was already known to me, but what can be made of such a huge complex?

Suddenly I got a hunch: ‘Could Carnac have been built as a mirror image of the Milky Way on Earth?’ Then each of the 3.000 erected menhirs could represent a star. Now my curiosity was really awaked. I went to investigate and that gave me the following insights. I have also made a documentary about it (Carnac Docu)² for youtube for those who find this way of learning more pleasant.

When you mirror the Milky Way over the different complexes of the Carnac alignment, see drawing Carnac, then the following is the case:

The Ménec complex begins with a cromlech (stone circle) which connect to the long rows of menhirs. If you look closely at how the stone circle and menhirs connect, this formation seems to resemble the constellation Scorpio (Scorpius) that marks the horizon during the summer nights.

This idea is reinforced when you pay attention to the largest menhir, now a huge two-piece table, which marks the spot of the center of our Milky Way. This point lies between Scorpio (Scorpius) and Archer (Sagittarius).

The third complex Kerlescan begins with a rectangle that seems to represent the constellation Carter (Auriga), with a huge stone at the site of the bright star Capella. From this rectangle, the rows of menhirs run from west to east in a point at the height of the star Alhena in the constellation Twins (Gemini).

Above this complex are the remains of dolmen de Kerlescan. These seem to coincide with the stars Castor and Pollux, the main stars of the constellation Twins (Gemini).

The fourth complex, Petit Ménec, is located at the height of the constellation Orion and the brightest star in the sky; Sirius.  Here the rows of menhirs make a turn, as the Milky Way actually does, and then disappear behind the horizon of the winter sky.

Now the following question might arise: ‘Why is the largest stone, Geant du Manio, outside the entire Carnac complex, along with the rectangle of menhirs Quadrilatére du Manio?’

I believe that this huge menhir, which rises 6.5 meters above the ground, represents the star Polaris, our polar star of today.  This is the only star in the northern sky where all the other stars and even the Milky Way orbit every day. It seems plausible to me that a huge stone has been sought for such an important position in the sky. Geant du Manio is thus actually the pivot of the entire complex.

Inside the Kermario complex, another large stone, called Manio II, is set up. I believe this menhir represent the star Caph of the constellation Cassiopeia. This constellation is at exactly the same distance from Polaris, our polar star, as the Big Dipper (Ursa Major) and is also used to find the polar star when clouds in the night obstruct the view of the Big Dipper.

According to archaeological research, the Carnac alignment is believed to have been built about 6.500 years ago. During this time, the two great stars Rigel and Hadar of the constellation Centaurus dominated the horizon, on the Scorpio (Scorpius) side, before the Milky Way disappeared behind the horizon. To the northwest of the Ménec complex, two menhirs are set up with the name: ‘Menhirs de Kerdeff’. Could these stones represent both stars? This is quite possible because the first stone, like the front star Rigel, is larger than Hadar, his companion. In this way, the entire Carnac alignment also gets the same dating on an astronomical level.

Before my visit to Carnac, I also wondered why a mighty constellation like Orion had not been given place in menhirs or dolmen in the Carnac complex.

Just think of the Egyptians as an example. For them, the River Nile was considered a projection of the Milky Way on Earth. To reinforce this view, they built three pyramids in a row on the shore of this lifeline through the country that represent Orions belt. The Building Engenieur Robert Bauval suggested this idea at first. Together with Adrian Gilbert he wrote the book ‘The Orion Mystery’³ in the early 1990s, which immediately became a bestseller. The public embraced this idea, but the Egyptologists fooled it and didn’t want to know about it.

We return to my question about Orion. The answer to this question was literally thrown to me on the spot when I and my girlfriend Linda had gone wrong in search of the complex Petit Ménec. Along the way we came across a sign with the inscription ‘Dolmen de Mané Bras’. Curious we went here to take a look. Through a swamp and over a narrow path we climbed a hill full of beautiful yellow spring flowers.

On top of the hill, the contours of two dolmen were visible. I climbed on top of it and yelled at Linda: ‘Actually you’d expect three dolmens here, like Orions belt are three stars!’ And… as I shout this, to my great surprise, I see the third and smaller dolmen hidden between the bushes, exactly where the smallest star is located when you mirror Orions belt. I was so happy!

Again, the builders also consider the terrain in their choice of the right place. To give Orions belt a nice place on top of a hill it was moved a little further east than you would expect.

With Orion, there’s something else special about it! When you extend Orions belt in the other direction than the horizon in the starry sky, you come to a very bright star called Aldebaran. This star forms the eye of the constellation Bull (Taurus). When you do this with the three dolmens of Dolmen de Mané Bras, you surprisingly end up with another dolmen called Dolmen de Kermarquer.

The only prominent star still missing from this mirror image of the Milky Way on Earth is the brightest star Sirius. This dominates the place where the Milky Way disappears behind the horizon and according to my idea it should be found in the form of a large menhir or dolmen near Petit Ménec. Maybe it disappeared or hasn’t been found yet.

Personal research on the spot has provided me the following. On the edge of the ‘Ker Lann’ estate which in Breton means ‘Inhabited Holy Place’ lies a small hill. Maybe this tumulus hides a dolmen representing the star Sirius. Further investigation might perhaps provide something.

Now in the end I only have to confess something that I have left aside for convenience, and that is the following:

Polaris is indeed the Polar Star for now, but in the time that Carnac was built about 6.500 years ago, so in 4.500 years BC, this was the star Edasich, from the constellation Draco (Dragon).

This has to do with the Precession-cycle of the Earth. In short it seems the poles of the Earth make a circle in 26.000 years through the stars, so we can welcome a new polar star over millennia. We call this cycle a Platonic Year, Great Year or Cosmic Year. This unit of time corresponds to the Yuga’s of the Hindu and the Long Count of the Maya, which appears to have entered a new round on 21-12-2012.

When the builders of Carnac positioned Geant du Manio on the site of their polar star Edasich than it stood on the other side of Quadrilatére du Manio and therefore not at the present place.

Or did the builders want to leave an important star message for this time in stone?

3. Robert Bauval, Adrian Gilbert, The Orion Mystery, Unlocking the Secret of the Pyramids, 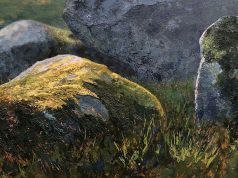 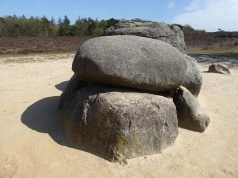 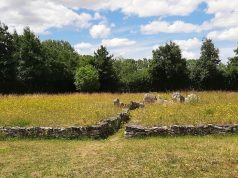 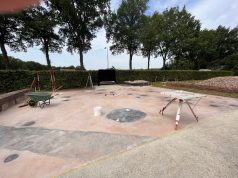 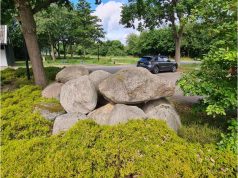 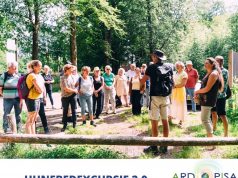 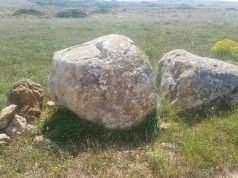 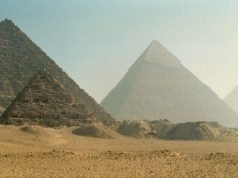