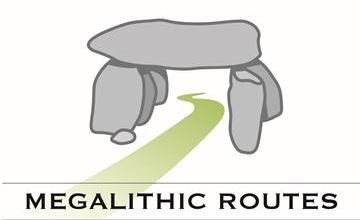 Megalithic Routes is a network of around 40 organisations from many European countries whose aim is to raise awareness of megalithic monuments such as the hunebeds. The member organisations are very diverse, ranging from museums to universities and from public authorities to tourist organisations. One of the objectives is to link the ancient monuments together by means of motoring routes. Once upon a time, it may have been possible to travel all the way from Southern Europe to Northern Europe via places where our ancestors lived and left their traces behind.

Every year a wide range of activities is organised, such as the European Day of Megalithic Culture on the last weekend in April, when all members work together on a particular theme. In 2021 the theme was ‘The origins of the stones’. There are also conferences, workshops and other joint activities.

Megalithic Routes is now actively seeking new members, including some of the most famous megalithic sites in Europe such as Stonehenge in England, Carnac in France, Newgrange in Ireland, Antequera in Spain and Alentejo in Portugal.

Megalithic Routes has an account on Facebook where you can find more information about all the different megalithic monuments in Europe and around the world.

Megalithic Routes is a part of Cultural Routes of Europe, a collection of thematic routes in many parts of Europe. Examples are the Mozart route, the Viking route, the Prehistoric Cave Art and many others.