Home english articles Mesolithic girls were as valued as boys 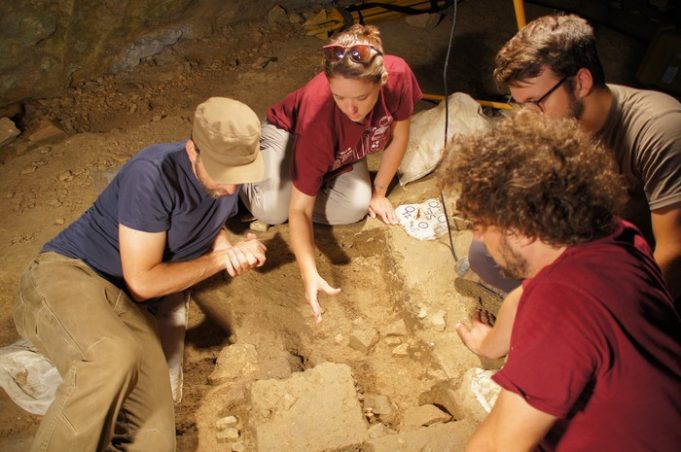 The 10,000-year-old remains of a baby girl found in a cave in Liguria, Italy, have changed archaeologists’ ideas of the way in which Mesolithic people viewed their children, especially female infants.

The skeleton was found in tiny fragments in the Arma Veirana cave in the north-western region of Liguria. The cause of her death is unknown but the bones contained enough DNA for experts to determine the child’s sex. The child was wrapped in a blanket decorated with beads and pendants made from two types of seashell, suggesting she was held in high regard by her parents and tribe. The richly decorated burial included over 60 pierced shell beads, four pendants, and an eagle-owl talon alongside the remains.

The care with which the child was buried, and the objects placed around her, suggest she was valued and was probably considered a member of the tribe from birth. “It suggests that personhood, or recognition of individuals within a society, was passed to very young females,” said Caley Orr, a palaeo-anthropologist and co-author of the study in Scientific Reports.

It is rare to find the remains of babies because they are so small that they disintegrate over thousands of years. The remains of this baby, who was between 40 and 50 days old when she died, are the oldest found in Eurasia.

Jamie Hodgkins, the lead author and a palaeo-archaeologist from the University of Colorado, Denver, said that it is “exceedingly rare” to find such well-documented, elaborate burials from the Mesolithic period. The report explains that the artefacts found next to the baby “indicate significant material and emotional investment in the child’s interment”.

The fact that it was a baby girl challenges modern assumptions that boys were more important. “Highly decorated burials were assumed to be male because we were fitting into this Western European notion that men have status and women don’t,” said Dr Hodgkins.

The remains were first detected in 2017 but not properly excavated until the following year. The Scientific Reports article appeared in December 2021.