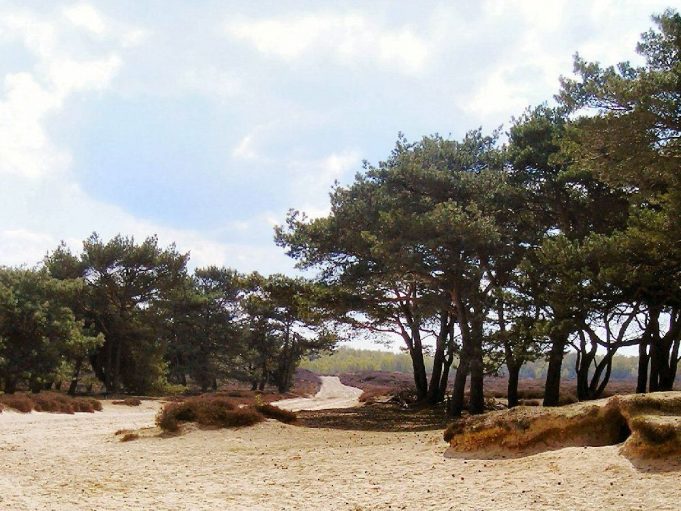 A project which first began in Borger in 2011 has been recognised by an independent body with the title Best Walking Route in Benelux 2022. The award was announced during an online event on 9th April called ‘Kick-off for the new cycling and walking season’, an initiative of the Cycling and Hiking Fair organised by Hicleholidays.com, specialists in activity holidays.

The route was selected from a shortlist of five, the other nominees being the Biesboschpad, the Dutch Mountain Trail and Ons Kloosterpad, all in the Netherlands, and La Lesse et La Lomme par les GR in Belgium.

A link between two geoparks

The 166km Hondsrugpad is the Dutch section of the INTERREG-project Hondsrugpad-Hünenweg. With a total distance of 325 km, this long-distance path links the two geoparks of De Hondsrug in the Netherlands and TERRA.Vita near Osnabruck in Germany. The Dutch section runs from Groningen to Meppen, close to the border with Germany. The route takes walkers over ancient paths, through extensive woodlands, heathland, sand drifts and the agricultural fields of old villages. Naturally the route also passes a number of hunebeds, the 5,000 year old reminders of the early inhabitants of the area. The route also crosses the impressive area of peatland which lies on both sides of the border and shows how the area must have looked in Prehistory.

The jury’s choice of the Hondsrugpad as winner was based on a number of factors: the excellent sign-posting, the changing variety of landscapes along the route, the concise description (in the form of a guidebook), the high proportion of unpaved paths and the balanced mix of nature and cultivated areas.

The annual fair, which is normally held in Ghent and Utrecht, could not take place in 2021 and 2022 because of the Covid pandemic. Instead, the organisers put together an online Kick-off with a programme of presentations, lectures, master classes and the announcement of the award winners.

Further information on the Hondsrugpad and the Hünenweg can be found (in Dutch and German only) on the website.