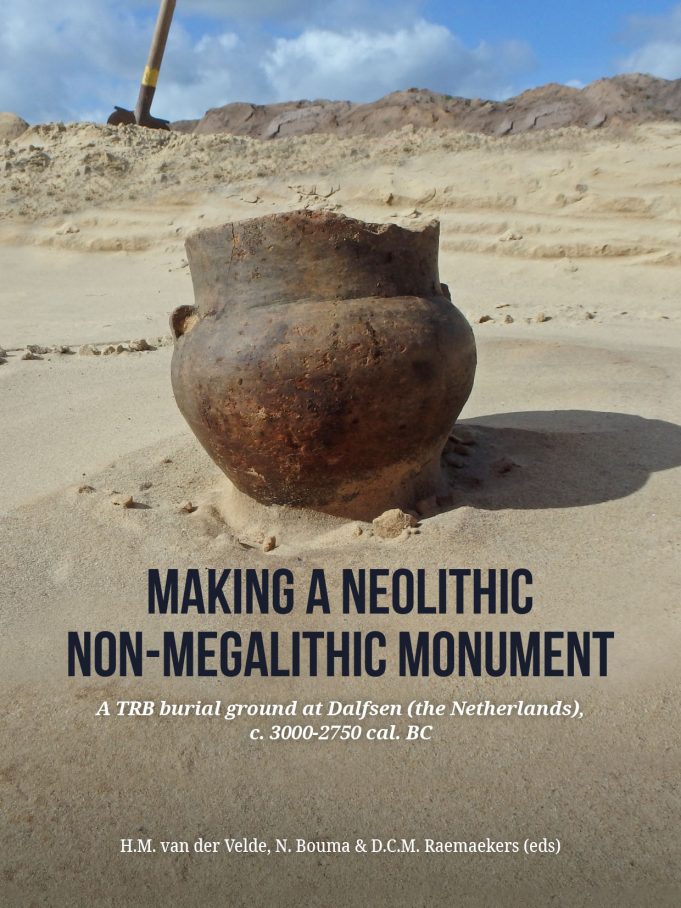 In 2015 archaeologists in Dalfsen (Netherlands) made an astounding discovery. They found a burial site dating from the time of the Funnel Beaker Culture or TRB (3000-2750 BC) which comprised 141 burial pits. This culture belongs to the last phase of the Middle Neolithicum and is famous for the many megalithic monuments which were wide-spread in large areas of Northern Europe.

Until recently very few non-megalithic burial sites were known and the Dalfsen discovery creates new opportunities to study burial rituals in more detail. The finds at the site shine a light on the social organisation of local TRB communities in this part of the world. The results provide evidence  not only for the existence of large burial mounds containing several people during the TRB period, but also intriguing indications that this practice continued into the later Corded Ware Culture. Until now the cultural transition that took place at this time has often been interpreted as a result of migration.