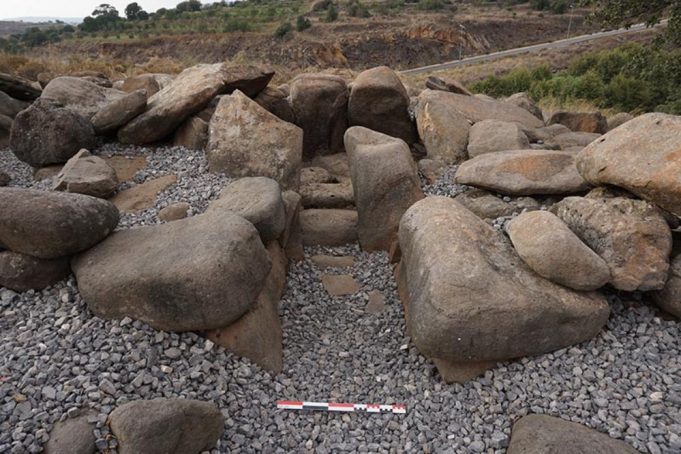 With 87 megalithic graves, Menjez, a village in Akkar in the Lebanon, is the largest necropolis of its kind. The megalithic sites discovered in Homs Gap form part of an extensive phenomenon from this period in Syria and the Lebanon. Taking into account the excavations of similar monuments in neighbouring regions, in particular the megalithic graves discovered in the area by M. Tallon, this necropolis of the Chalcolithic Age must date to the early Bronze Age (c 4000-2500 BC).

The Dolmen Path in the pretty village of Menjez in Akkar (Northern Lebanon) is a cultural walking route linking 11 dolmens dating from 4000 BC and also takes in a visit to the Menjez Heritage museum. The route is part of a project financed by the British Council – Cultural Protection Fund (BC-CPF). The preservation and protection of the 11 dolmens was carried out between April 2018 and December 2019 by four partners – the University of Geneva, the Menjez local authority, the Museum of Lebanese Prehistory and the Château-Musée of Bélesta in France – led by the Directorate-General of Antiquities in Beirut, and with the active involvement of the local community of Menjez.