Home english articles “Don’t climb the hunebeds” is nothing new 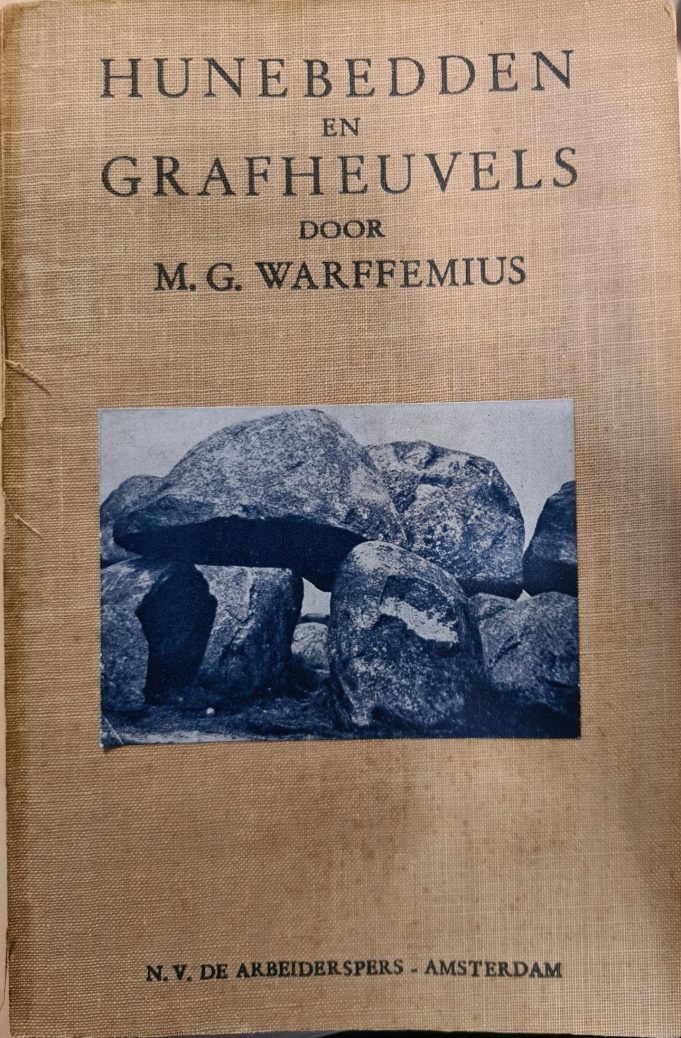 A few years ago Het Drentse Landschap and the Hunebed Centre mounted a campaign to remind visitors that the hunebeds were ancient burial monuments and should not be climbed on. That caused quite a bit of discussion at the time but, since then, most visitors to the largest hunebed in Borger, at least, have taken the lesson to heart.

It has now been discovered that the message is not new: a similar warning appeared in a book published in 1932 written by M.G. Warffemius (‘Hunebeds and Tumuli”). So almost 100 years ago there was already concern about protecting the hunebeds. Part of the text from the book is reproduced below:

The wanderer and the hunebed.

Wanderer, setting up your photographic apparatus on a hunebed, or resting yourself on one of the surrounding stones to enjoy a banana, an orange or some other tropical or subtropical fruit, how much more civilised you are compared to the first inhabitant of this place, whose meagre abilities built this heap of rubble before you. Without spear or other weapon, but peacefully and safely, well-protected by clothing and footwear, you stand here with products from overseas and far-off lands within your reach. You may well have used a car or some other motor vehicle to reach this monument dating from the earliest days of our civilisation.

What a distance it is from that sober beginning to our present unsurpassed age of intelligence. But let us not boast too much about our progress!

Take away our technology – radio, flying machines, machine guns – and look closely at the reality of human civilisation, at the actual humanity which human beings have gained in the long course of the centuries – brotherhood, a sense of community, a true concept of – and respect for – life. Then a sense of humility would be more appropriate.

Certainly the beginnings of our civilisation were quite simple: the first poor attempts at some kind of structure consisted only of an accumulation of giant stones. But just consider if people had later shown more interest in the ‘big stones’ and had realised that this was the first example of a communal idea, which found its expression in the communal construction of this communal grave. And it is just this communal thought process to which we owe our common humanity. Take away this sense of community from an individual and he becomes a wolf again, preying on his fellow-men. The reader must judge for himself to what degree modern man is a wolf or a brother towards his fellows. But whatever the judgement, it must in any case be recognised that civilisation – becoming more human – is a slow process.

You may perhaps agree with this because such an awfully long time separates us from the people who piled up these enormous stones. But how long is that really? How old is this monument? Terribly old!

At least forty centuries lie between this first expression of human understanding and our own culture . Yet in terms of eternity and the passing of centuries, that is not all that long. Yes, it is an immensely long time if you count it in years; but civilisation does not advance in years, but by generations. A new generation provides society with a new aspect. There are three new generations in every century: so humanity has rejuvenated itself one hundred and twenty times since man began the struggle to raise himself above his unconscious animal existence. A hundred and twenty times the flaming torch of the great light of humanity has been passed to a younger generation. Yet a hundred and twenty steps higher is not really that much.

Moreover, we have not really made that much progress. Just compare the two civilisations. Then, long ago, the hunebed was the centre of the first community. It was a holy place where men could bid farewell to their deceased and where the living could also express their togetherness.

Now, just go and visit the hunebed in Havelte on a beautiful Sunday in the summer. If it is like the day of my visit, you will find that a car has been driven inside the outermost stones. A group of screaming children are chasing each other over the capstones. Mothers and fathers sit on the ground, leaning against the upright stones, and spread papers, banana skins, peanut shells, silver paper and cigarette packets around them. The oldest son, armed with a camera, takes the most beautiful picture of the family scene and carelessly throws the black and orange film wrapper onto the ground to swirl around with all the others which already lie there. Yet another civilised person is busy carving some letters onto the monument with a sharp stone.

This is how today’s highly civilised man treats his communal property.

As you, wanderer, approach this holy place, the site of our earliest upward steps, show that you are civilised. Do not climb on the monument; do not crawl into the burial chamber; do not let your sandwich wrappers blow around in the wind; do not throw the black film wrapper thoughtlessly behind you; put your banana skins, peanut shells, orange peel, empty cigarette packets, the silver paper from your chocolate bar (which seems to be indispensable for every visitor to a hunebed) into your bag or pocket and deposit all the rubbish of your civilisation in the place designed for all that refuse and waste; but please not immediately next to the monument.

Do not write, scratch or hack your name in the stones. Where is there any sense in graffiti on a monument? It seems to be part of our culture. Do those people who disfigure and write graffiti on a hunebed intend their names to be some kind of memorial, immortalising their evil deed? As a way of ensuring that they will be remembered by their descendants as people who had no respect for something which others regard as holy; as people who could not keep their hands off something which is public property? Obviously the sense of community, the chief characteristic of civilisation, is not very strongly developed in such vain and careless people.

To you, wanderer, visitor to a hunebed, I make the most serious plea. Demonstrate your civilisation! Do not commit the sin of graffiti. Do not make the area around this important monument into a rubbish tip.

The hunebeds at Havelte do indeed lie close to a busy road. Cars sometimes ride almost over the stones. The monument is used as a playground or a café terrace. Perhaps you think that I am exaggerating because on your visit the site seemed to be in a quite orderly state? In that case you must probably have visited the hunebeds a few days after a troop of socially-minded young people, staying for a week in a hostel nearby, have devoted an afternoon to cleaning up the site. Several times a year these boys and girls come down from the mountain, armed with a large basket, and collect all the remains of modern civilisation. For you, reader, there is no need to wipe away the sins of our culture from these girls and boys.

I trust that you now understand that the hunebed was once a holy place which should be approached with understanding and with respect. I trust that this forty centuries old monument

will speak to you out of the ages-old history of civilisation which in our time – I hope – has not yet reached its peak.