Danish archaeologists doing a survey ahead of the construction of the Femern Belt link scheme, an immersed tunnel that will connect the German island of Fehmarn with the Danish island of Lolland, have found a 5,500-year old-ceramic vessel bearing the fingerprint of the artisan who made it.

The vessel is known with the name “funnel beaker,” a kind of ceramics which features a flat bottom with a funnel shaped neck. Such earthenware is characteristic of the Funnel Beaker Culture (4000 – 2800 B.C.), which represents the first farmers in Scandinavia and the north European plain.

It was found in pieces in a former fjord east of Rødby Havn, on the south coast of Lolland, Denmark.

“It is one of three beakers at the site, which originally was deposited whole probably containing some food or liquid presumably as part of some long forgotten ritual,” Line Marie Olesen, archaeologist at the Museum Lolland-Falster, told Discovery News.
At the same site Olesen and colleagues last year found a 5,500-year-old flint axe with the handle still attached. The axe was deliberately jammed into what used to be the seabed during the Stone Age.

As the beaker was brought to the Danish National Museum for conservation, experts noticed a fingerprint on the interior surface.

“It must have been left there while manufacturing the pot,” Olesen said.
According to Olesen, a lot of time and symbolism was put into the manufacture and decoration of the funnel beakers and associated pots.

“From the contexts in which they appear it is obvious that they played an important part in everyday life, be it ritual or profane,” she added.

“The fragile fingerprint, left unintentionally, is an anonymous, yet very personal signature, which somehow brings us a bit closer to the prehistoric people and their actions,” Olesen said.

Last year the same archaeological survey unearthed 5,000-year-old footprints left by people who attempted to save parts of their fishing system before it was flooded and covered in sand.

“An unknown persons gallery is gradually developing before our eyes, of the people who lived by Lolland’s southern coast at the time when agriculture was introduced some 6,000 years ago,” Anne-Lotte Sjørup Mathiesen of the Museum Lolland-Falster, said in a statement. 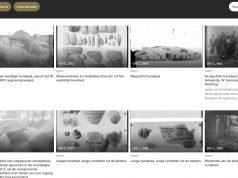 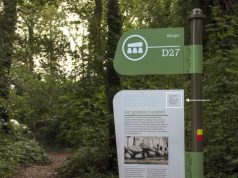 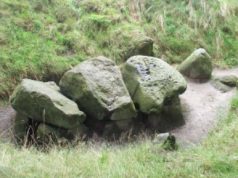 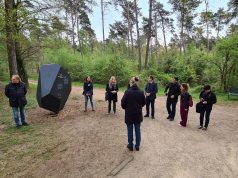 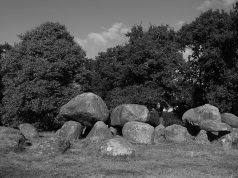